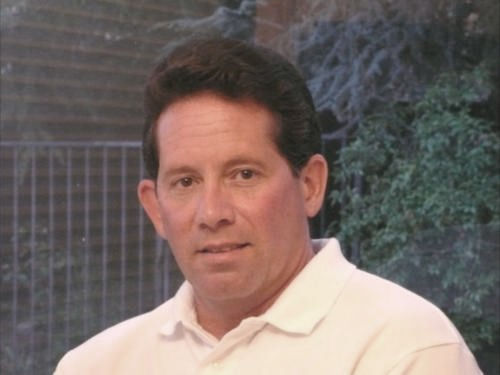 A memorial service for Noel Sheppard, our Associate Editor, most popular and prolific blogger who passed away on March 28 after an unexpected illness, took place in California at 2 PM PDT (5 p.m. EDT) on Friday, April 25. During this hour, NewsBusters observed an “Hour of Silence” in his honor with no new posts on the site.

Below are tweets from opinion leaders mourning Noel’s loss, links to earlier items we’ve posted honoring Noel’s work, as well as the text of the eulogy, from MRC President Brent Bozell, which was read at the service.

Noel caught so much liberal media bias and wrote about it so quickly and powerfully that his posts often affected the national media conversation. As FNC’s Megyn Kelly said: “I was a personal fan of his, I read him a lot, I really respected him.” (Noel’s posts)

Noel was the first, for example, to write about then-MSNBC Martin Bashir’s disgraceful attack on Sarah Palin, a filthy proposal that led to Bashir’s removal from the network. Noel was also the first to write about actor Jamie Foxx referring to the President as “our Lord and savior, Barack Obama,” a blog that generated 1.1 million page views.

In Al Gore’s movie, An Inconvenient Truth, footage of ice shelves collapsing in Antarctica was actually fictional, generated by a computer. Noel caught that, posted it, and it was picked up by The Drudge Report and by Rush Limbaugh.

Some of the tweets from leading conservatives:

# Sarah Palin: “Our prayers are with Noel Sheppard’s family. He was a fighter for truth who will be greatly missed!”

# Mark Levin: “Noel was a great guy and patriot. God bless you my friend. RIP”

# Ann Coulter: “Heartbroken over @NoelSheppard, the magnificent. I can say no more right now.”

# Erick Erickson: “So sorry to hear about the loss of my friend @NoelSheppard. He will be missed.”

> “FNC’s Megyn Kelly on Noel Sheppard: ‘I Was a Personal Fan of His...I Really Respected Him’” (with video, see above)

I wish I could be with you today, but a speech on the other end of the country prevents it, and if I know Noel, he’d insist I be there, fighting, and not here, mourning. I thank Brent Baker for reading this.

In our feisty world of blogging about the national media, the feistiest of them all was Noel Sheppard. Noel  was introduced to us at the founding of NewsBusters in 2005, and he became our Associate Editor. The day after our blog began, Rush Limbaugh announced its birth by declaring “Newsbusters Rocks!” It was only fitting that the first report he passed along to his audience across America came from Noel.

From that auspicious beginning, it must be said that no blogger here was more prolific and more popular. For us at the Media Research Center, when it came to building our audience for NewsBusters, there was Noel, and then there was everyone else. At one point, it seemed Noel was responsible for 50 percent of the hits on the Drudge Report. The rest of Western Civilization shared the other half. We learned a lot about what thrilled our audience by watching him work.

Words just tumble out: a force of nature, a dynamo, a live wire, a man with unflagging energy, his brio bubbling across the page of your Web browser. But Noel was not just a force of nature, he was a very good man. To conservatives who came under heavy fire, Noel often became a trusted defender. He built relationships with powerful people not because of the energy of his work but because of the energy of his honesty. He was a genuinely good man. Ask Rush Limbaugh and Sean Hannity and  Ann Coulter and Mark Levin, and so many others. They all believed this to be true. They all said this to me -- more than once.

Like everyone else, we couldn’t believe that cancer would come knocking, and then knock so forcefully. We all felt like the cancer was going to be just the latest Noel Sheppard takedown. It would crumble like a lame MSNBC talk show starring Alec Baldwin. We really couldn’t imagine this was a battle that would end this way.

Noel’s latest and greatest achievement was exposing Martin Bashir and his terribly vicious attack on Sarah Palin, which no gentleman should repeat. Noel started a wave that washed Bashir right off of national TV. In response, Governor Palin gratefully told him “What would we do without you guys?”

That sentence now causes a twinge of pain, and recognition. What are we going to do without our friend Noel? We thank everyone who brought him to us, those who loved him and reflected his energy back to him, and those who shared him with us as he fought the good fight. I can only say I wish this adventure story had a happier ending – and a much later ending. God has his reasons, and we must be resigned to them always. I hope one of them might be so that Noel can teach the celestial body of saints and angels how to blog. I can hear St. Peter now. “Noel Sheppard Rocks!”