Bozell: Untruthful Hillary's Hardly One to Lecture Media for Not Being Factual

Of course she's right, Media Research Center president Brent Bozell noted on the April 24 edition of Fox News's Your World with Neil Cavuto, but added that it's even worse than that. The liberal media are actively censoring legitimate, hard news stories, many of which would likely harm Mrs. Clinton's presidential prospects in 2016 were they seriously pursued on national television (watch video below page break):

The bigger problem is that, I wish we would take a very long hard look at Hillary Clinton casting aspersions on the national media about not being factual [when] this is the same woman who claimed, among other things that, for example, she came under sniper fire on the tarmac in Bosnia in 1994, yet the video showed her standing on the tarmac holding a bouquet of roses greeting little children.

This is same woman who invented the "vast right-wing conspiracy" mantra, and she was lying when she said that.

This is the woman who made $100,000 in cattle futures overnight, and nobody can really understand how she did this, but she said it was the Wall Street Journal that made her do it.

This is the woman who said that the video was what caused Benghazi, lied about that one as well.

So I don't think Hillary Clinton is the one to be giving lectures to the media about being factual. 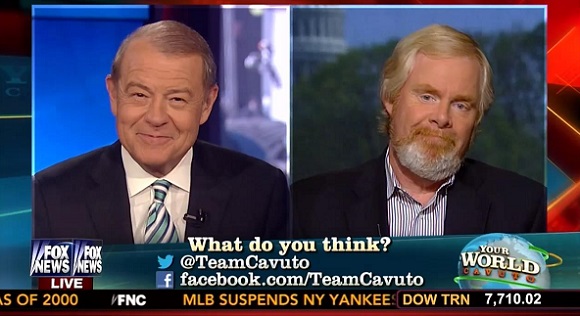 Upon hearing that, substitute host Stuart Varney mused that Mrs. Clinton was the beneficiary of a vapid media environment which is treating her as a celebrity. Bozell agreed: