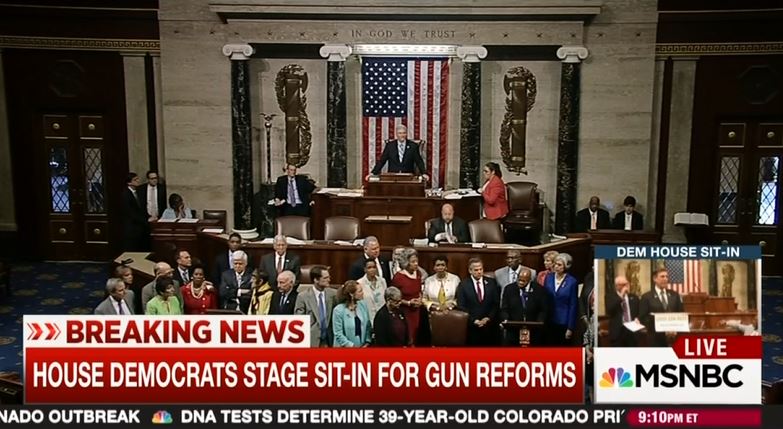 The point of a publicity stunt is to reap publicity, of course, and the daylong gimmick of House Democrats seizing the floor of the U.S. House of Representatives for a sit-in was generously rewarded with hours of free airtime on CNN and MSNBC — but much less on the Fox News Channel.

A team of MRC analysts and interns reviewed the coverage on all three cable networks on Wednesday, starting with the initial coverage of the “sit-in” at 11:57am ET, going through midnight that night.

MSNBC was by far the most excited by the Democratic protest, giving it a total of 4 hours, 27 minutes of airtime. CNN followed with 2 hours, 32 minutes of coverage, while Fox News provided a grand total of 14 minutes of coverage through midnight. (Like its competitors, FNC continued its coverage into the overnight hours).

For much of the afternoon and evening, cable coverage consisted of carrying a live feed from Democrats’ own social media video of the proceedings, since the official cameras were turned off when the House went into recess. 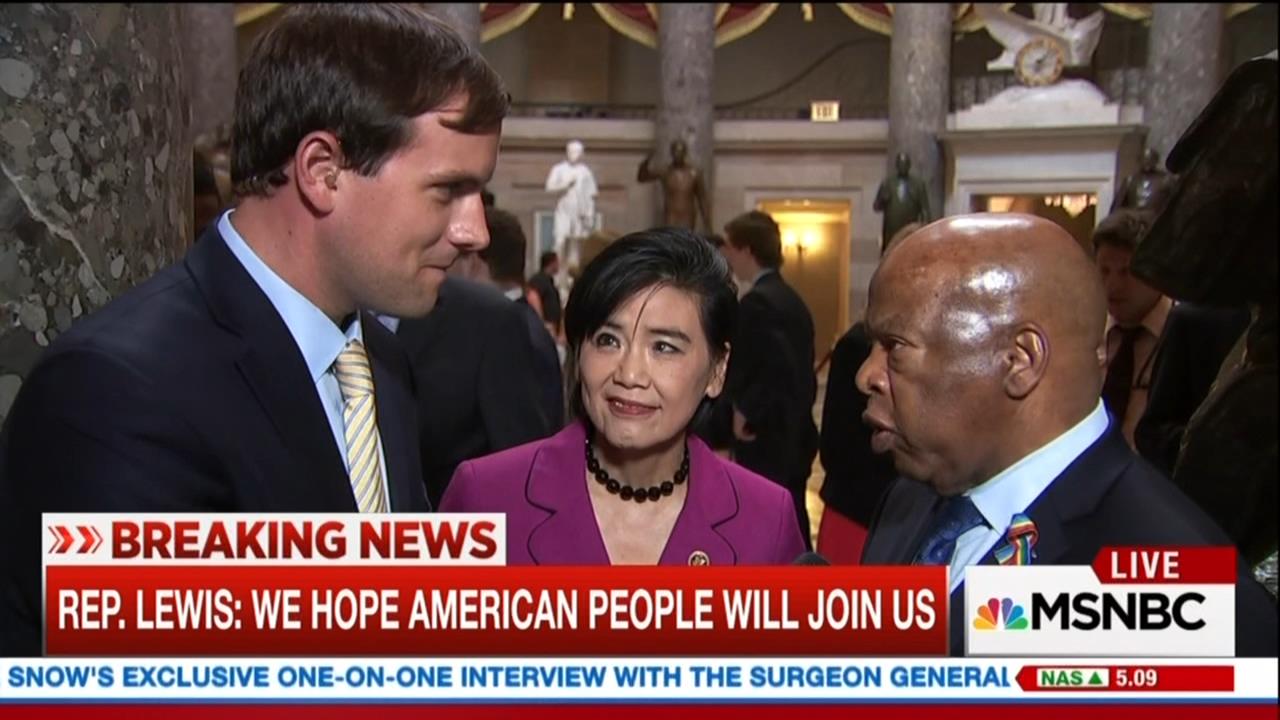 Despite the brazen rule-breaking of House Democrats, much of the coverage was actually positive. NBC congressional correspondent Luke Russert, for example, seemed in awe of Representative John Lewis (D-GA) when he interviewed him early Wednesday afternoon on MSNBC: “Congressman Lewis, you are a civil rights icon. Your stories are remarkable — beaten within one inch of your life, it has been said. How important is this moment for you; and what are you hoping to achieve?”

And: “You’ve had a distinguished congressional career. You’ve been here for many terms....How extraordinary is it that this is what it has taken for you to have to do — to literally sit on the floor of the House before you get a vote?...Where does this stack up for you, in terms of what you’ve been able to accomplish in this life?”

The broadcast networks also swooned over the Democrats’ PR stunt, treating it as an actually important development. But for the Democrats who staged the event, the real pay-off was in the hours of free airtime they received from CNN and MSNBC.

And, with the cable networks showing their willingness to reward such stunts, don’t be surprised if there are more such “sit-ins” in Capitol Hill’s future.

Special thanks to MRC’s Matthew Balan, Nicholas Fondacaro, Samantha Cohen and Remso Martinez for their help with this project.