Undercover journalists from both sides of the political spectrum could be severely limited by a Texas grand jury indictment against pro-life activists. The charges are so sweeping that they could affect the entire journalism industry, everything from the network news to environmental activists. 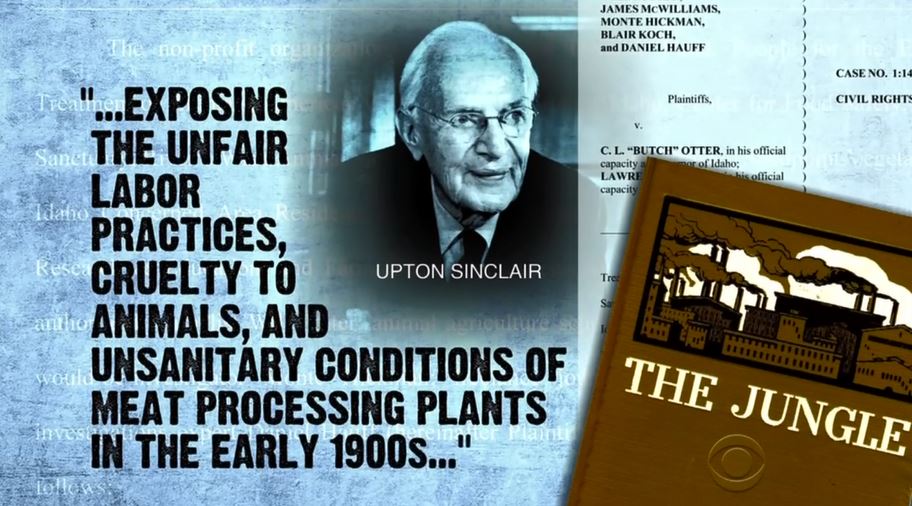 Yet, out of the three broadcast evening news shows, only CBS Evening News has noticed the “dangerous precedent” that this indictment could have for journalism. NBC Nightly News devoted 70 seconds to the ruling, but failed to mentioned any negative consequences for the industry.

On January 25, news broke that a grand jury in Texas had cleared Planned Parenthood of all wrongdoing, while at the same time indicting the undercover activists who recorded Planned Parenthood officials negotiated the sale of baby parts. While CBS was not by any means coming out in support of the Center for Medical Progress, they were unique in noting that this ruling wasn’t just bad for pro-lifers or conservatives, it was bad for all undercover journalists.

CBS News legal correspondent Jan Crawford pointed out that this ruling contradicted one from August of 2015 in which a federal judge “struck down an Idaho law banning undercover operations in the dairy industry.” Crawford added that the judge in this case had “referenced the groundbreaking work The Jungle, when Upton Sinclair went undercover in Chicago’s meatpacking industry, exposing the unfair labor practices, cruelty to animals and unsanitary conditions of meat processing plants in the 1900s.” The segment also showed clips from an undercover video done by People for the Ethical Treatment of Animals (PETA) as an example of what could be affected by this ruling.

The segment included an interview with Michael Dorf, a law professor at Cornell Law School. Dorf said that this ruling could  “set a dangerous precedent and chill undercover investigations,” although he was quick to add “by legitimate journalists.” He also observed that often the only way to get information is for “somebody to go under false pretenses, because otherwise, there’s no way that the public will get access to them.”

Crawford briefly addressed the “legitimate journalist” label, when she concluded. “Now, it also raises a question of who’s a journalist. I mean, those are activist as opposed to reporters from a news organization. But now Scott, everyone can post things online and say, this also is journalism.”

As of January 26, ABC had not covered this issue, or the grand jury action, on World News Tonight at all. During the NBC Nightly News coverage on January 25, Justice Correspondent Pete Williams called the ruling “a surprising turn,” quoting the Harris County Texas District Attorney as saying that “we must go where the evidence leads us.” Nowhere in the segment was were repercussions against undercover journalism implied.

During 2015, the three evening newscasts devoted just 25 minutes to the controversy surrounding the release of these videos by the Center for Medical Progress. ABC’s World News Tonight and the CBS Evening News waited a full day before they even acknowledged the existence of these videos, while the NBC Nightly News waited three days, until July 17, to report on a video that was released on July 14.

While they have a long history of using investigative journalism themselves, ABC and NBC have yet to express any concern about the looming threat to their industry posed by this indictment.