Back in 2008, the three broadcast evening newscasts showered then-Democratic candidate Barack Obama with good press during his trip to Europe that July, giving it a total of 92 minutes over an eight-day period (July 20 to July 27, 2008). 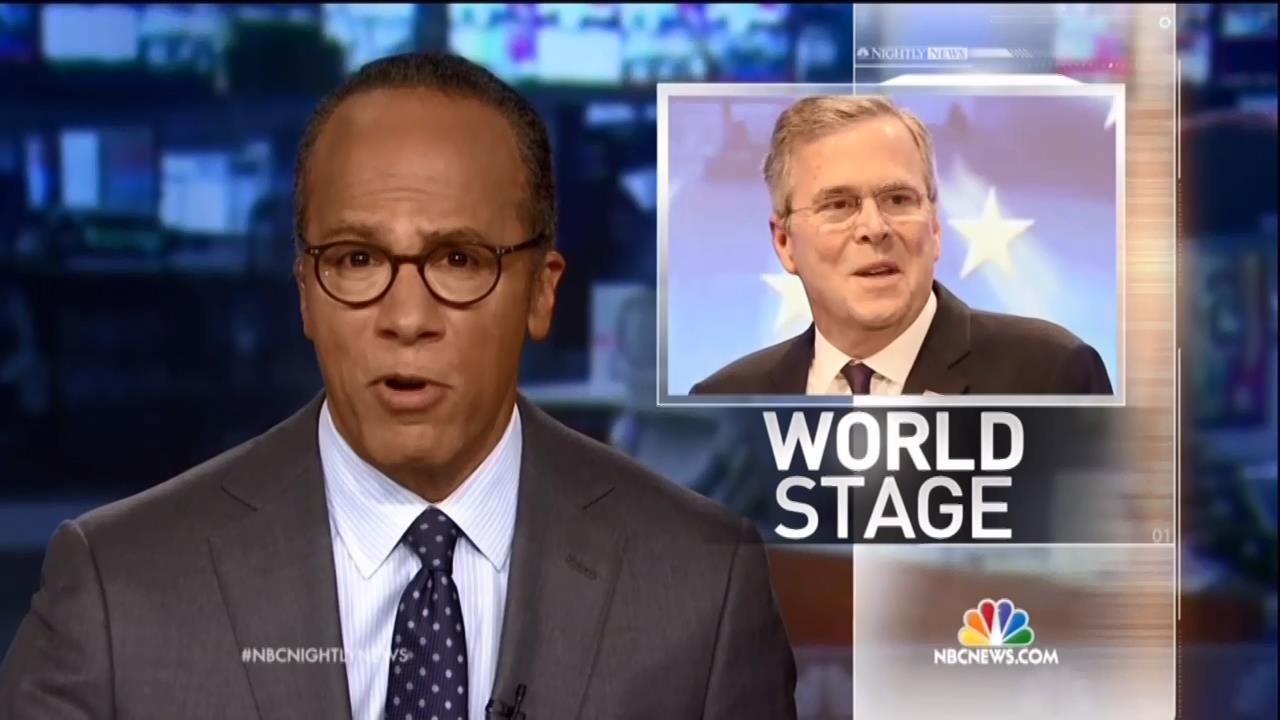 While he’s not the presumptive nominee of his party, as Obama was in 2008, GOP presidential candidate Jeb Bush’s trip to Europe last week didn’t garner a single mention on ABC’s World News Tonight or the CBS Evening News. In 2008, CBS and ABC had dedicated 34 and 33 minutes to candidate Obama’s trip, respectively. NBC spent 25 minutes covering Obama's 2008 trip.

For its part, the NBC Nightly News spent 4 minutes, 32 seconds on the five-day trip (June 9 to June 13). When you factor in that Bush’s trip was only five days compared to Obama’s eight, that comes out to an average of nearly 13 times more coverage of Obama’s trip per day.

Even the coverage that did exist spent time focusing on troubles with Bush’s campaign staff back at home. NBC Nightly News on June 10 devoted 30 seconds of its 120 second story about Bush to this campaign staff story, although NBC Senior White House Correspondent Chris Jansing admitted that the trip was “a presidential rite of passage, to show that candidates can hold their own on the international stage: look presidential.”

But in 2008, then-NBC Nightly News anchor Brian Williams traveled with the Obama campaign to Berlin, and oozed about the candidate's huge crowds: “The man from Chicago, Illinois, the first ever African American running as presumptive nominee of the Democratic Party, brought throngs of people into the center of Berlin, streaming into this city, surging to get close to him, to hear his message.”