Many illegal immigrants across America have access to health care, education, and employment.  If the American Civil Liberties Union and a federal judge have their way, access to legal abortion could be next on that list.

A 17-year-old girl, that is 15 weeks pregnant, known only as “Jane Doe,” is illegally in the U.S. and under U.S. government custody.  “Jane” wants access to an abortion, and a federal judge in Washington who was appointed by then President Obama, is “ordering” the Trump administration (or guardian) to take the girl to an abortion clinic “promptly and without delay” to get counseled and have the procedure.

A federal judge in Washington D.C. ordered the Trump administration on Wednesday to allow a teen who is in the U.S. illegally and under the custody of the U.S. government to have an abortion.

U.S. District Judge Tanya Chutkan – a Jamaican-born Obama appointee – wrote the girl would "suffer irreparable injury in the form of, at a minimum, increased risk to her health, and perhaps the permanent inability to obtain a desired abortion to which she is legally entitled…" if she didn’t have the abortion.

PBS NewsHour picked up the case on Thursday night, and Politico reporter Renuka Rayasam underlined how the Trump administration is upsetting abortion advocates by saying no abortions for illegal unaccompanied minors. They’re even – horrors! – being counseled by crisis pregnancy centers! 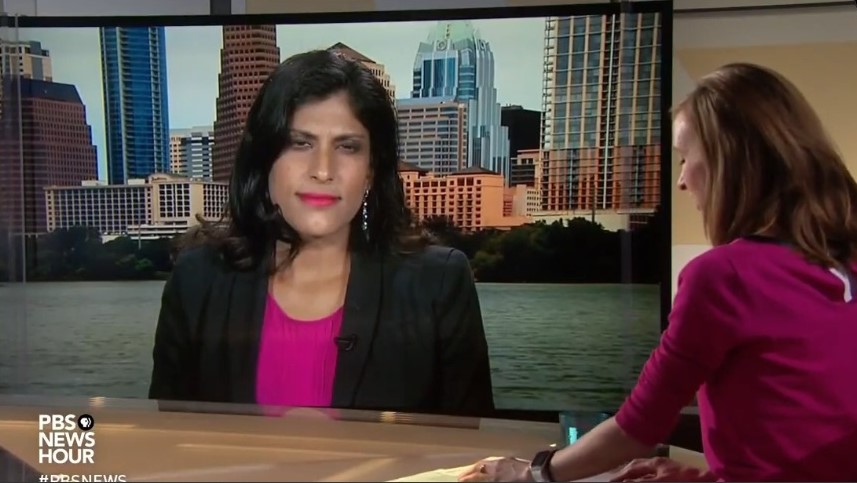 RAYASAM: So what came out in court documents is that, since March, since the Trump administration started taking over this department, they have put in place a new policy, and they have basically blocked all abortions for unaccompanied minors in federally funded shelters.

And they have gone so far as the director of the Office of Refugee Settlement, which is the department that is responsible for these minors, has sent these girls instead to crisis pregnancy centers.  The director has personally gotten involved in one case in San Antonio.  He visited a girl in a shelter and tried to talk her out of an abortion.

I have heard from sources that he’s made many phone calls to these girls and basically tried to talk them out of getting an abortion.

On Friday, in response to a Trump administration appeal, the D.C. Circuit Court of Appeals ruled on a compromise: that "Jane Doe" find a sponsor in the next 11 days, which would allow the abortion outside government custody. Abortion advocates insisted that's unrealistic, and the ACLU is now appealing. Jane Doe's lawyers also rejected the idea of going back to Mexico to exercise the "right to choose."

The administration argued the girl wasn’t entitled to the same access to abortion as legal citizens since she is illegal. Only in the event of a medical emergency would the girl be allowed to obtain an abortion.  In addition, the government said it had "strong and constitutionally legitimate interests in promoting childbirth, in refusing to facilitate abortion, and in not providing incentives for pregnant minors to illegally cross the border to obtain elective abortions while in federal custody." Just as the government doesn’t want to endorse illegals coming to the U.S. for free health care and education, they also don’t want to endorse allowing abortions for illegals.

The administration for Children and Families at the U.S. Department of Health and Human Services said they found the decision to be a "troubling ruling that exceeds the U.S. Constitution and sets a dangerous precedent by opening our borders to any illegal children seeking taxpayer-supported, elective abortions."

"We are disheartened the ruling rewards ideologically motivated lawsuits filed in multiple courts by the ACLU and abortion advocates…Though the order overrides the policies and procedures of the Office of Refugee Resettlement designed to protect children and their babies who have illegally crossed the border, we will continue to provide them with excellent health care and protect their well-being in all our facilities. We will consider our next steps to ensure our country does not become an open sanctuary for taxpayer-supported abortions by minors crossing the border illegally."