Study: Christians Most Persecuted Religious Group in the World 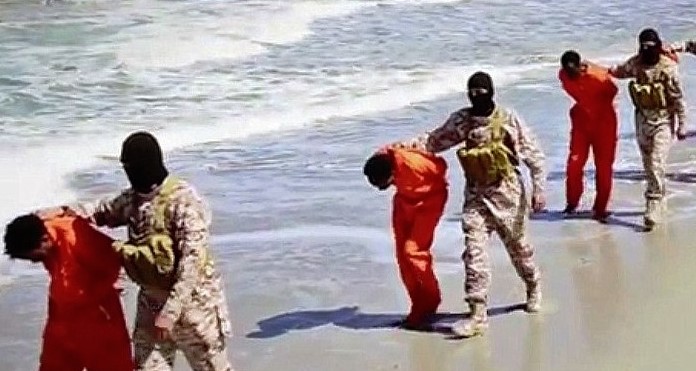 Here’s a study you won’t find in any of the major-media headlines. According to the Director of the Centre for Studies on New Religions (Cesnur), Massimo Introvigne, Christians are the most persecuted religious group in the world, with over 90,000 Christians killed in 2016 alone.

Introvigne told Vatican Radio that there are nearly half a billion Christians who are unable to express or practice fully their Christian faith.

Referring to statistics from the Centre for the Study of Global Christianity, Introvigne said of those 90,000 Christians persecuted in 2016, 70 percent of them were murdered in Africa due to tribal conflicts: “The other 30 per cent, or 27,000, were killed in terror attacks, the destruction of Christian villages, or government persecution.”

Due to be fully released next month, these statistics show a decline of 15,000 in the number of Christians killed, compared to the 105,000 killed in 2015.  However, Introvigne also mentioned Christians are the most persecuted faith based group in the world.

While speaking at a press conference at the UN headquarters in Geneva, the Chaldean Bishop of Aleppo, Syria said that the situation in Aleppo is even worse than in the rest of Syria, reporting that report – that in five years alone, the Syrian Christian population had been reduced from 1.5 million to around 500,000 because of its civil war.  The city of Aleppo has seen its number of Christians reduced from 160,000 to around 40,000 because of persecution from Islamic terrorists.

According to Introvigne, the Catholic Church is pondering sainthood for those Christians killed in areas under the Islamic State terror group, since many risked death in these areas in order to practicice their faith.

In February, Pope Francis, along with Russian Orthodox Patriarch Kirill, issued a joint statement, condemning the persecution of Christians in the Middle East:

“It is with pain that we call to mind the situation in Syria, Iraq and other countries of the Middle East, and the massive exodus of Christians from the land in which our faith was first disseminated and in which they have lived since the time of the Apostles, together with other religious communities.”