When it comes to Hollywood and their outlandish political remarks, one can always count on “actorvist” Sean Penn to have something incredulous to say –and with the recent death of Cuba’s tyrannical dictator, Fidel Castro, Penn still delivers.

Last week Penn wrote a long diatribe in the Daily Beast that not only treated the public to a lengthy rant on President-elect Donald Trump and the “hicks” who voted for him, but it also gave a glimpse on the beginning of his love affair with the recently departed Castro. Titled, “Sean Penn: Hollywood, Havana and Me” one would have thought to have it renamed “Hollywood, Havana and Hypocrite” because of some of the contradictory statements he made.

In what he calls an article less about a “defeated liberal’s view of American politics, pollsters, premonitions, or the decline of journalism,” Penn claims it’s more on “the state of our country’s mental health.”  After reading the article, one would be so inclined to think it would be Sean Penn’s mental health that would be called into question.

For example, in expressing horror anyone would dance at the death of Castro, Penn compares Castro to Martin Luther King, and by extension compares Cuban anti-communists in Miami to Southern segregationists: 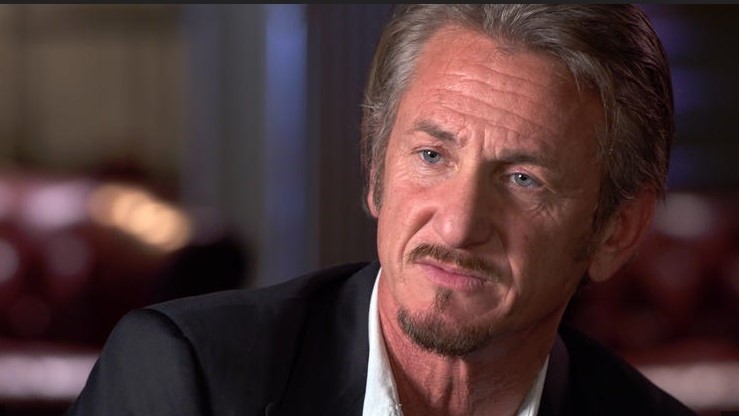 Unlike the dancing at death that Donald Trump falsely claimed of New Jersey Muslims in the aftermath of 9/11, this grotesquerie is actually happening. [Italics his.]

CNN centers its reporting on the death of Castro in the bastion of right-wing Cuban conservatism. Not in Cuba, but rather in the United States. Would they have polled the Birmingham Etiquette Society for comment in the aftermath of Martin Luther King’s assassination?

Penn would prefer CNN stick to reporting from Cuba, where he believes the streets would be filled with teary-eyed Cubans mourning the death of their beloved Castro.  I’m guessing Cubans would be afraid of being shot and killed if they dare venture the streets in celebration of Castro’s death. Just a guess.

Penn THEN had the audacity to write that sure, there were those who suffered unfairly in the name of Castro’s revolution, but if Castro was a “brutal dictator” (in quotes), then so is....the NRA?

We will be moved when we look into the eyes of a mother or a father in Miami who lost their child to the sea from a collapsed refugee raft; an elderly immigrant whose brother was killed by firing squad, or one who simply lost home and profession. No one would expect them not to cast sole blame for their heartache and loss on the actions of a “brutal dictator.”

But if in our compassion we blindly submit to classifications as defined by the broken-hearted or the bitter, then we better damn well be ready to accept the NRA, too, as a “brutal dictator” when we talk to the mothers and fathers of Newtown. We better submit to declaring all voters who supported a candidate owned by the NRA, as “brutal dictators” of the ballot box. And, lest we forget, the twisted disgrace of vitriolic adults submitting a motherless child named Elian Gonzalez to the trauma of a violent SWAT team extraction in order to hype their own cause.

Anti-communism is like a bad religion when it comes to Castro:

I’m reminded of Steven Weinberg’s suggestion, “If you want to make good people do bad things, you’ll need religion.” In this case, that religion is the denunciation of a leader who was far more a profound symbol of revolution than he was a boogeyman or beast. [Italics his.]

But then Penn talks of traveling to Cuba in 2005.... “securing a travel waiver under the religious tourism clause.”

There me met Castro, insisting “the shift from a socialist advocate of democracy to a form of totalitarian communist is one worthy of great study,” and touted Cuba’s education over that of what his own son had received in the United States.

Penn even questioned people who called Castro a “brutal dictator” and considered it “arbitrary terminology”:

We should look very hard at the pride of Cubans who live in Cuba, so much of it built on their own commitment to an ideological revolution and its leader, to its sovereign resilience, as well as those sober critics in search of their greater dreams. And we should compare that to the pride now absent in so many Americans today toward our own incoming leader and what has become such an abhorrent abuse of our system and our language.

Ridiculous statements aren’t new for Penn, after all, he interviewed Mexican drug lord Joaquín “El Chapo” Guzmán for Rolling Stone magazine and even campaigned for another oppressive dictator, Hugo Chavez. However, the fact that Penn is still defending his friend even after death -- albeit in a passive-aggressive way – shows  he is not only mourning the passing of Castro, but the harsh and unjust way Castro ruled his country, yet Penn is the one who wants to question the state of our country’s mental health. I guess that makes complete sense if you’re a Hollywood liberal elitist.