'Sex and the City' Actress Avoids 'Trump People,' Wants to 'Move to the Woods and Learn to Shoot'

It appears another Hollywood liberal has succumbed to the manufactured paranoia of the election of Donald Trump as president, almost three weeks ago. 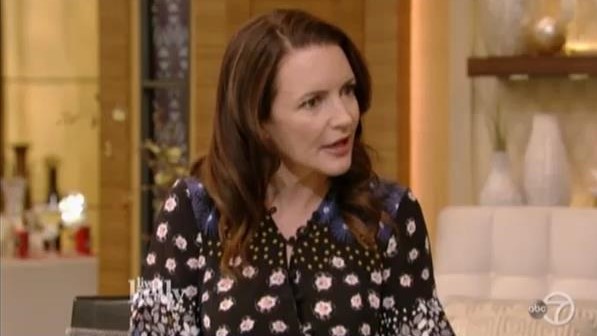 Actress Kristin Davis – most famous for her role as the prissy Manhattanite Charlotte York on HBO’s Sex and the City – said in a recent interview that she fears for her 5-year old black adopted daughter, Gemma.  She also told Rebecca Carroll of public radio station WNYC how she has become more aware of her “white privilege” because she was raising a black child:

“I am white. I have lived in white privilege. I thought I knew before adopting my daughter that I was in white privilege, that I understood what that meant. But until you actually have a child, which is like your heart being [outside of you] and that heart happens to be in a brown body, and you have people who are actively working against your child, it’s hard."

It’s hard to say who or what or how anyone or anything is actively working against Davis’s daughter, but therein lies the paranoia of the Hollywood elite. Davis also told Carroll she witnessed a lot of racism growing up in South Carolina and she was on “an intense learning curve” since Trump was elected, however, she neglected to say what exactly she was learning:

“Right now I want to be in the bubble. I don’t want to talk to any Trump people…My initial thoughts [after the election] was that I wanted to move to the woods and learn to shoot a gun. The fear of what is happening and how am I going to make sure that no one hurts my child, even in a subtle way, which was already a fear I had honestly, but it just became so, so heightened.”

I’ll take a wild guess and say Davis has probably never talked to a “Trump person” in her life, considering she already lives in her own liberal bubble.

Speaking about the recent spike in hate crimes since the election of Trump,  someone should tell Davis it doesn’t matter who is president – that “fear” she speaks of – the fear of someone or something hurting her child -  is something ALL parents feel for their children. It’s nothing new, of course, but maybe to her and she feels she needs something to blame that fear on since liberals have a tendency to always find blame with anything other than themselves. Again…hello paranoia.

Also, Davis should check out the statistics and maybe she will find it’s her liberal counterparts that are the ones responsible for the uptick in crime since the election – NOT Trump supporters.  Just ask anyone who was beaten up just for wearing a Trump t-shirt or a “Make America Great Again” hat, or the protests that haven’t been so “peaceful.”