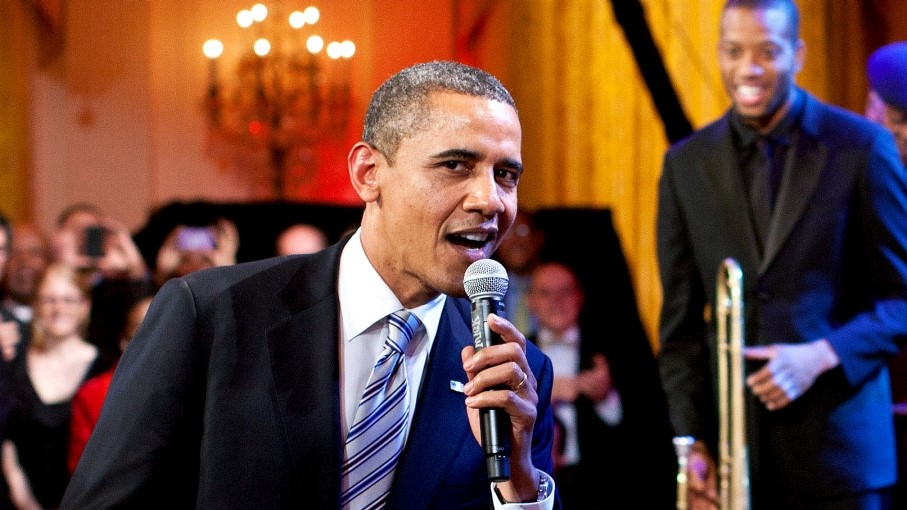 Who in the world decided that revealing Obama’s summertime playlist actually constituted as newsworthy? Apparently ABC News did, as well as CNN,  Politico, The Washington Post – and even Obama himself when he tweeted: “Been waiting to drop this: summer playlist, the encore. What's everybody listening to?"

“Taken together, the lists … add up to an ever-evolving urban, coastal, hip and taste-making Obama lifestyle brand. They have helped turn the president into an arbiter of culture and cool, even as they have cemented his reputation as a blue-state elitist.

…In this era of deepening political polarization, Obama could try to use his fluency with pop culture to reach out to those more conservative parts of America where he is viewed with suspicion or even hostility. But his most recent playlist follows a pattern set by previous forays: There is no pandering.”

Yeah. You will notice there’s not a single country song on the list. But Obama is taking care of his own leftist base, throwing in a tune from the Bernie-Bros folk band Edward Sharpe and the Magnetic Zeros.

David Graham at The Atlantic writes that certain songs chosen are a reflection of what they call “politically conscious rap,” like Chance the Rapper from Obama's adopted hometown of Chicago:

"Indeed, 'Acid Rain' is an aggressive choice, and not just because the first line is 'Kicked off my shoes, tripped acid in the rain.' It’s a song that grapples with violence in cities, and especially in Chicago, in uncompromising terms:

He rhymes about black men being killed for their sneakers and, in an apparent reference to Hadiya Pendleton, a teenager killed in crossfire shortly after appearing at Obama’s second inauguration, Chance raps, “Funerals for little girls, is that appealing to you?/ From your cubicle desktop, what a beautiful view.” Obama has endorsed the new wave of politically conscious rap from emcees like Kendrick Lamar, and his embrace of Chance dovetails with that, and with his politics, but it’s a bracing reminder of work undone and strife unsolved.”

Obama released two playlists – yes, two –one for daytime and one for nighttime…after-all, Obama is the president of “cool” as the media love to portray him.  So, since this is “news,” what songs made the cut?  Take a look:

1.  If I Have My Way - Chrisette Michelle

16. Do You Feel Me - Anthony Hamilton

But seriously…this is considered news? I’m guessing the name of his summer playlist, “the encore,” is in homage to his last summer vacation to Martha’s Vineyard as POTUS. According to the White House, Obama hand-selected the music all by himself.  They must be so proud.