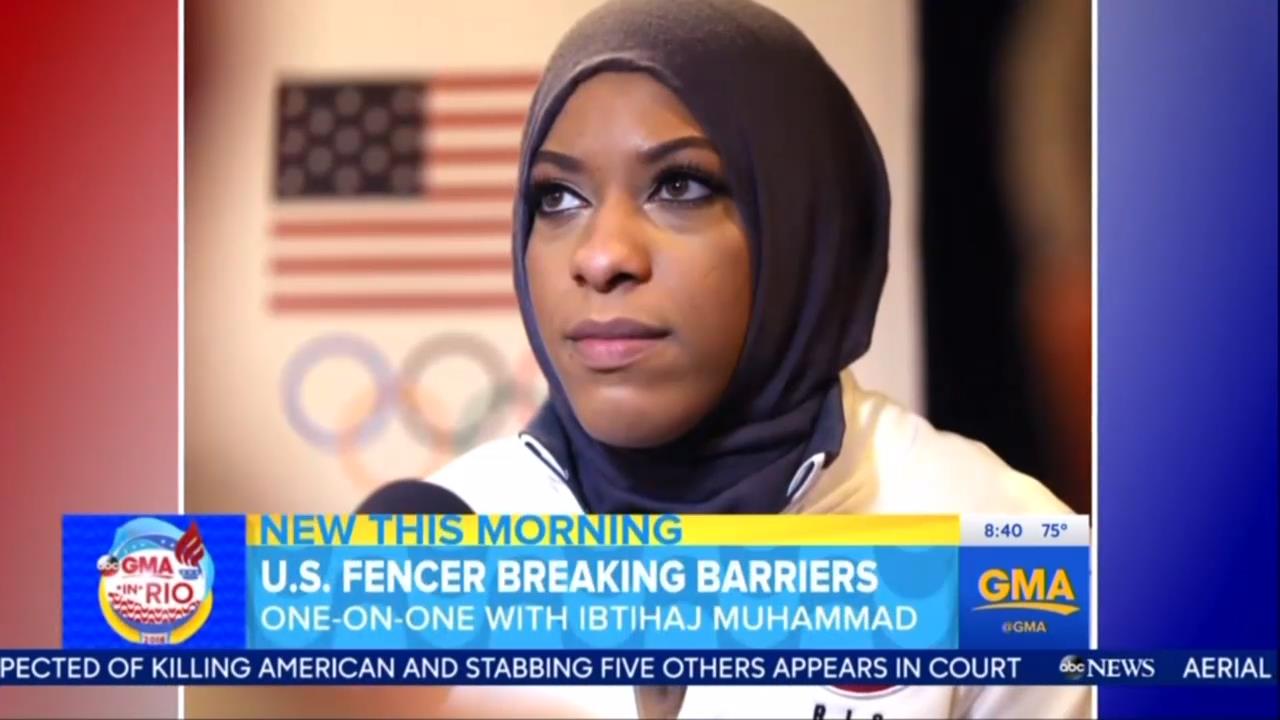 Trey Sanchez at Truth Revolt reports that Ibtihaj Muhammad – the first Muslim-American athlete to wear a hijab while competing in the Olympics –  isn’t the darling the media are portraying her to be. The media coverage of Muhammed has made her into some sort of Olympic star, with their continuous fawning and praise over the 30-year-old fencing competitor.

It was even suggested that it should’ve been diversity fashion plate Muhammad carrying the American flag instead of Michael Phelps – who has more gold than most countries combined.  But never mind the merits – it’s all about making a statement. After all, Muhammad was eliminated in her second Olympic contest.

Another reason the media loves Muhammad is because not only has she been outspoken about Donald Trump – even calling his words “very dangerous,” like Trump is going to have her and family deported. “I’m African-American. I don’t have another home to go to. My family was born here. I was born here. I’ve grown up in Jersey. All my family’s from Jersey. It’s like, well, where do we go?"

She has said: "I’m hopeful that, in my efforts to represent our country well as an athlete — that they change the rhetoric around how people think and perceive the Muslim community.”

Well then, would Ms. Muhammed agree that part of that negative perception could come from being hostile to Israel? Given her recent comments and tweets, and would the media still prop her up as the mighty groundbreaking Muslim Olympian making the world safe for hope instead of fear and hate?

“#Israel’s New Racism: The Persecution of African Migrants in the Holy Land”

"AIPAC Is the Only Explanation for America's Morally Bankrupt Israel Policy"

I’m sure the media would never bring up this kind of information – especially when it would destroy a narrative and image they’ve worked so hard to create. ABC showed this tweet instead, the one that was about Americans discriminating against her at the trendy South by Southwest conference in Austin, Texas: 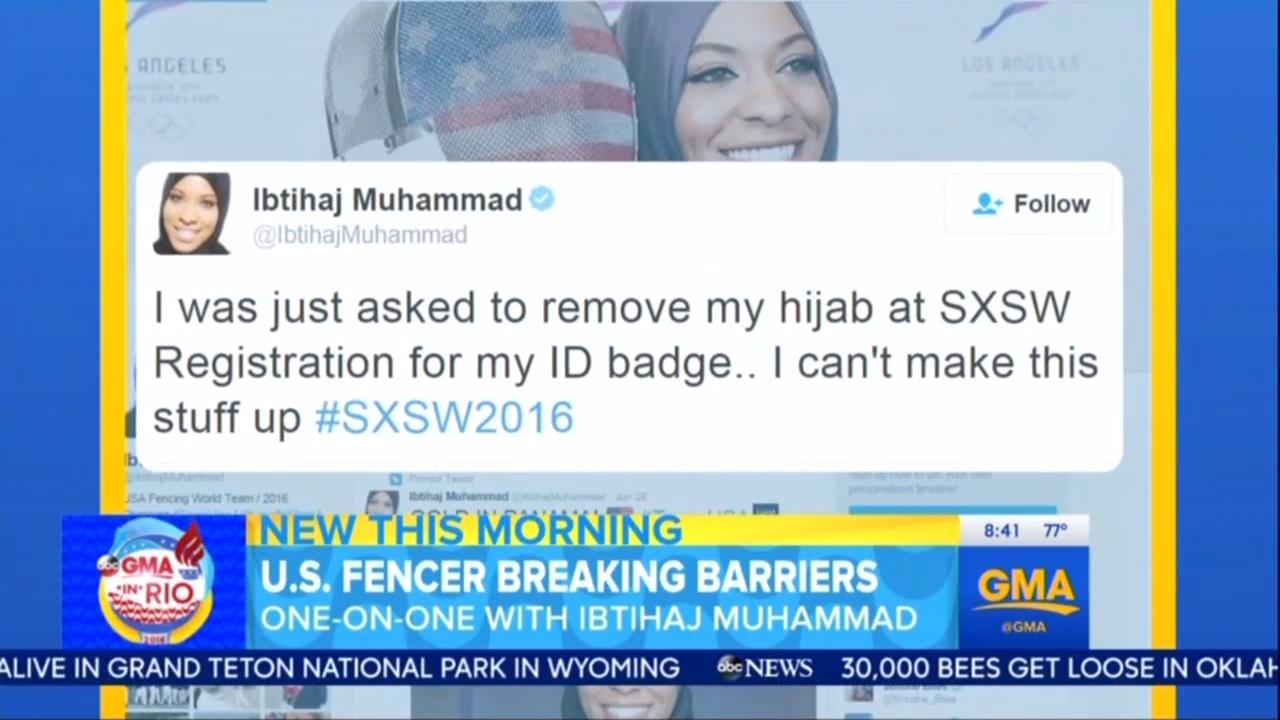 I’m sure they would never bring this much attention to a much more successful Olympic star like swimmer Katie Ledecky. The media's not really interested in Ledecky’s comments over her profound Catholic faith or how she loves saying the Hail Mary prayer before races. Maybe if she wore a Rosary at the pool, she would get more coverage.

Michael Phelps credits the evangelical best-seller The Purpose-Driven Life for saving him, and the silver-medalist synchronized divers David Boudia and Steele Johnson quote Scripture before dives. But that’s not “historic,” or even worth mentioning in the secular press. No, Islam is the thing!