Glen Johnson, formerly the politics editor for Boston.com, the website of the Boston Globe, has become the latest journalist to join the Obama Administration working as a senior adviser for new secretary of state John Kerry.

In a hilariously self-unaware press release, Kerry is quoted touting Johnson's supposed neutrality. Even though his new senior aide has accepted a political appointment in the administration, everyone needs to understand that Johnson is "not a partisan."

“I think the world of Glen and the path he’s traveled as a shoe leather reporter in the best sense of the word,” Kerry is quoted as saying.

“I know it was not an easy decision for him to turn a page after thirty years of journalism for a chapter in public service, but he does so for the same reasons he became a journalist in the first place. He’s not a partisan. He just cares about the quality of our dialogue and he cares about our country and he’ll contribute to both of them. I’ll be lucky to have him at my side in this endeavor.”

It’s bad enough that leftist journalists like Glen Johnson pretend to actually be non-partisan and non-ideological, this latest release is nothing more than an insult to Americans’ intelligence. 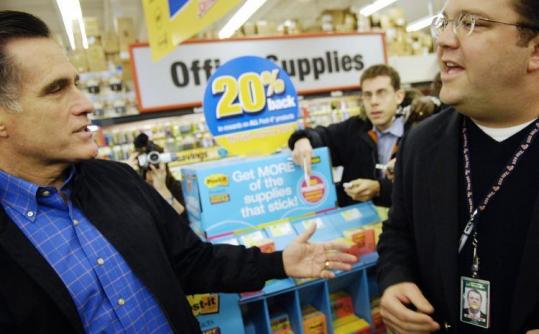 Johnson’s record shows he is far from non-partisan. In 2008, he acquired a small amount of notoriety for shouting down first-time GOP presidential candidate Mitt Romney and stating that he “shouldn’t stand there and tell a total falsehood.”

We can hardly wait to see how Johnson will feel about that remark as he tries to spin away the growing scandal surrounding the Administration’s errors in the Benghazi, Libya debacle.

Surely helpful in such efforts will be Johnson’s past experience at telling only part of the truth. In 2008, he wrote an entire story about accusations of corruption in Massachusetts politics without once mentioning that the six politicians he was reporting on were all Democrats. He also has spun the issue of campaign finance regulation, referring to it simply as merely about “reducing the role of money in politics,” utterly ignoring its free-speech implications.

During the four years that Barack Obama has been president, there have been many journalists who have put aside their supposed neutrality in favor of outright liberal advocacy. In December of 2011, ABC correspondent Jim Sciutto left the network to become chief of staff to Obama's ambassador to China. Just one month prior, a freelance reporter for the New York Times joined up with the Occupy Wall Street movement.

In July of the same year, Politico saw someone leave the politics website to work for Democrats in Arizona on the very same day that it hired someone else fresh from a Democratic senator's staff.

The “revolving door” between the left and the self-described mainstream media is a very real problem. Since Barack Obama became president, NewsBusters has documented over 20 separate instances of the door spinning freely including: