AP 'Fact Checks' Trump On Syria, But Contradicts Own Report From April 2016 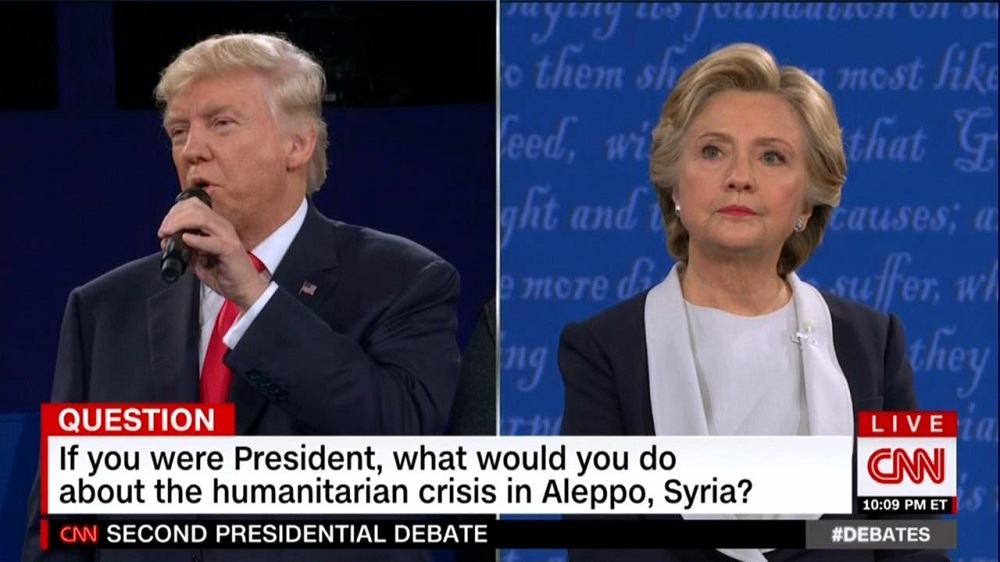 The Associated Press claimed in a Monday "fact check" that "Trump [is] wrong that Assad fights IS." However, this headline put it more bluntly than their write-up, which asserted that the billionaire's claim about the Syrian dictator is "only partially true...Assad considers the Islamic State group to be among numerous "terrorist" groups....Assad does use air power against IS-held areas and his ground forces are engaged in fighting with the extremists." An April 2016 article from AP itself also reported that Syrian troops "captured another town controlled by the Islamic State group....a week after [they] recaptured Palmyra."

The unsigned "fact check" first excerpted a statement from Trump during the second presidential debate: "I don't like Assad at all. But Assad is killing ISIS. Russia is killing ISIS." The anonymous journalist continued with his "only partially true" contention about the presidential nominee, and outlined that Assad's "overstretched military is mainly focused on combating Syrian opposition groups, some of which are supported by the United States." The correspondent concluded the short article with the revelation that the dictator "does use air power against IS-held areas and his ground forces are engaged in fighting with the extremists in Deir el-Zour in the east."

Correspondents Albert Aji and Bassem Mroue led their April 3, 2016 report by disclosing that "a week after taking back the historic town of Palmyra, Syrian troops and their allies on Sunday captured another town controlled by the Islamic State group in central Syria, state media reported. The push into the town of Qaryatain took place under the cover of Russian airstrikes and dealt another setback to the IS extremists in Syria."

Aji and Mroue continued that "the advance came a week after Syrian forces recaptured Palmyra from IS and is strategically significant for the government side. The capture of Qaryatain deprives IS of a main base in central Syria and could be used by government forces in the future to launch attacks on IS-held areas near the Iraqi border. Qaryatain used to be home to a sizable Christian population and lies midway between Palmyra and the capital, Damascus....Dozens of Qaryatain's Christians and other residents have been abducted by the extremists. While the town was under IS control, some were released, others were made to sign pledges to pay a tax imposed on non-Muslims."

The AP journalists later reported that "IS has suffered major defeats in Syria in recent months amid intense airstrikes by Russian warplanes...fighting in northern Syria the previous day killed several fighters belonging to the Lebanese militant Hezbollah group. Hezbollah has been fighting alongside President Bashar Assad's troops in Syria's civil war."