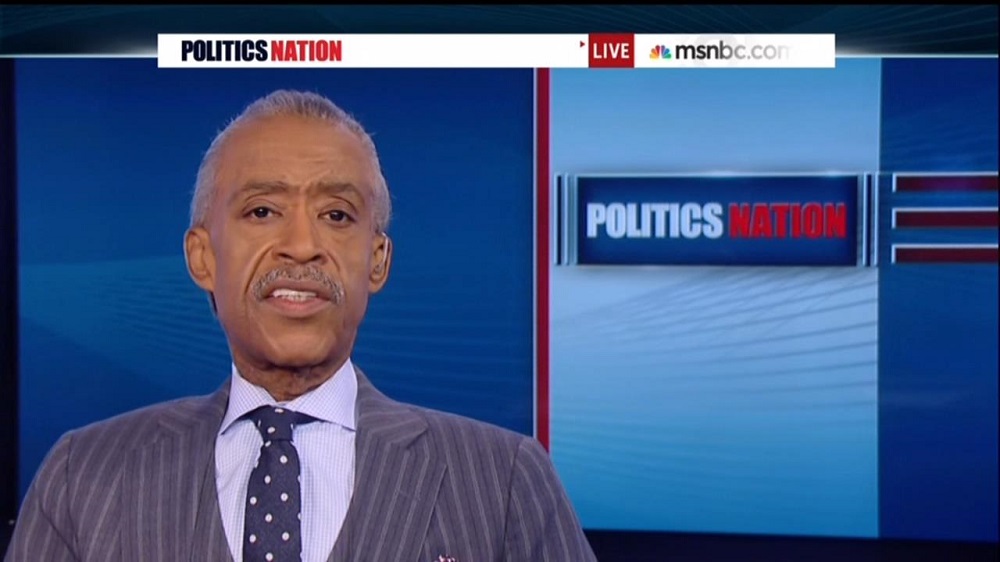 On Monday, Eriq Gardner of The Hollywood Reporter spotlighted how the National Association of African-American Owned Media filed a lawsuit against Comcast and Time Warner Cable which seeks "at least $20 billion in damages from the way the two giants allegedly discriminate against black-owned media." The lawsuit also alleges that Comcast "made large cash 'donations'" to Al Sharpton (who works for the Comcast-owned MSNBC) and his National Action Network in order to "divert attention away from discrimination."

In his report, "Comcast, Al Sharpton Hit With $20 Billion Racial Discrimination Lawsuit, " Gardner first pointed out that the two cable companies are going through a planned merger, and that the National Association of African-American Owned Media "filed a similar suit against AT&T and DirecTV in December." The writer continued that the organization is "not only targeting both Comcast and TWC [Time Warner Cable] — on the eve of the two companies merging to become what would be the largest pay television distributor in the United States — but also various African-American advocacy groups and MSNBC host Al Sharpton for allegedly facilitating discrimination."

Sharpton is not taking these accusation lying down, however, as Gardner reported three paragraphs later that "he [Sharpton] 'welcomes the opportunity to answer the frivolous allegations' and says he will be bringing counterclaims for defamation." The Hollywood Reporter correspondent then outlined the main claims in the lawsuit:

According to the lawsuit, Comcast and TWC "collectively spend approximately $25 billion annually for the licensing of pay-television channels and advertising of their products and services, yet 100% African American–owned media receives less than $3 million per year."

At the time of Comcast's 2010 acquisition of NBCUniversal, Comcast entered into memoranda of understanding with the NAACP, the National Urban League and the National Action Network, but the lawsuit says the voluntary diversity agreements are "a sham, undertaken to whitewash Comcast's discriminatory business practices."

The plaintiff objects that the only fully black-owned channel picked up by Comcast is the Africa Channel, and that entity is owned by former Comcast/NBCU exec Paula Madison, who "was directly involved in putting together the sham MOUs and obtaining government approval for the Comcast acquisition of NBC Universal, thus creating a serious conflict of interest."

Other black channels are said to be "window dressing," with black celebrities as "fronts" when they are "white-owned businesses" that are run by friends or family of Comcast executives.

The lawsuit goes on to say that Comcast made large cash "donations" to obtain support for its acquisition. The money includes $3.8 million to Sharpton and his National Action Network. The money, it's charged, was meant to pay Sharpton to endorse the NBCU deal and divert attention away from discrimination. As for Sharpton's MSNBC gig, the complaint says, "Despite the notoriously low ratings that Sharpton's show generates, Comcast has allowed Sharpton to maintain his hosting position for more than three years in exchange for Sharpton's continued public support for Comcast on issues of diversity."

Later in his article, Gardner pointed out that plaintiff in the lawsuit are being represented by attorney Louis "Skip" Miller, who "has been a mainstay for many years on The Hollywood Reporter's list of the 100 most powerful lawyers in the entertainment industry. Besides representing clients including Rod Stewart, Steven Tyler, Elton John and Bob Dylan, he also defended the city of Los Angeles in the Rodney King civil rights case."