Ashley Judd Goes 'Cuckoo' for Hillary, the 'Most Overqualified Candidate We've Had Since Thomas Jefferson' 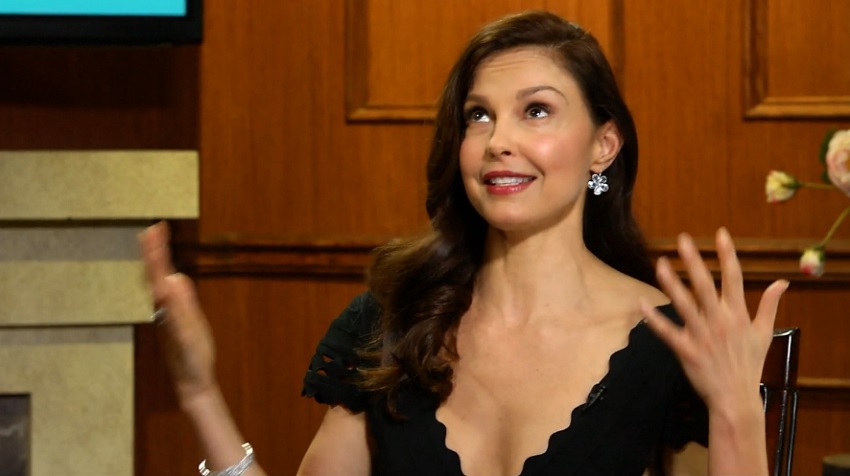 Left-wing actress Ashley Judd likened Hillary Clinton to two Founding Fathers during a Friday interview with Larry King for online channel Ora. Judd gushed, "Obviously, I love Hillary Rodham Clinton," and hyped that Mrs. Clinton "might be the most overqualified candidate we've had since – you know, Thomas Jefferson or George Washington."

The feminist activist sang the praises of the former secretary of state during the interview with the former CNN host: [video below, via Ora TV]

ASHLEY JUDD: I mean, obviously, I love Hillary Rodham Clinton. I had the opportunity, as I typically do, to attend the Clinton Global Initiative annual meeting-

LARRY KING: I go a lot. It's amazing-

JUDD: It's heady space, man. That is so fun. I mean, in the hallways, the joy I feel just – you know, running into the great Ruchira Gupta, who's India's leading abolitionist; or running into Mikel Vestergaard, who invented the long-lasting, insecticide-impregnated mosquito net. I mean, they're just, like, falling over the – it's brilliant. And so, seeing her talk about early childhood vulnerability and brain development – man, that woman is stout! She is stout.

So yes, I will be all-in when the time comes-

JUDD: Of course, I would!

KING: Your enthusiasm, I mean – come on!

JUDD: And are there other qualified candidates – absolutely. I think she might be the most overqualified candidate we've had (King laughs) since – you know, Thomas Jefferson or George Washington. (King laughs) But it – it's – it's not time yet, and there's a basketball title to be won, and other things to be done before we go cuckoo with another presidential election.

Back in 2012, Judd trumpeted President Obama's apparent leadership qualities during an online interview with NBC's David Gregory: "I think that he is a powerful leader. I think he's a brilliant man. I think that he has an incredible devotion to our constitution. And that he is now able to flower more as the president I knew he could be." She also slammed the GOP: "As long as the Republicans keep doing really dumb things about women's reproductive health, that should help energize girls and women in this country."