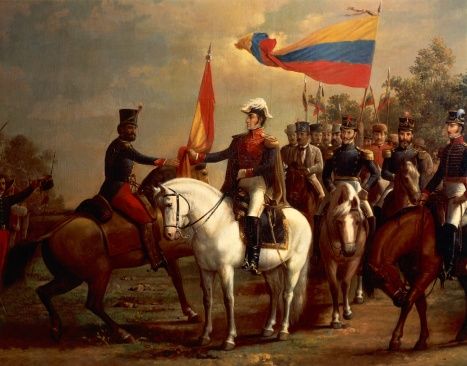 As to the first part, well, you got it. I won’t say I love Latinos -- no matter what month it is -- because I don’t. Nor do I hate them. Truth is, I’m indifferent to Latinos, as I am to Africans, Koreans, Slavs and Skandinavians. Anglo-Saxons? Meh. Twenty-first century Americans -- all of us -- have the luxury not to care. Whether your family had a predeliction for wooden shoes or boiled food or invading France is your business, and you can choose to honor it or not as you please. Besides, “Any man who judges by the group is a peawit.” (Unless you’re talking about the damned Belgians.)

You may feel differently. You may get that lovin’ feeling thinking about tens of millions of individuals who happen to share a skin complexion or a language or social customs. Bully for you. But it will earn you no points with Cadava and Pitti. They want more than “platitudes about Hispanic contributions and values.” (Especially from Donald Trump. They hate Donald Trump. Surprise!) And they get downright pissy about anybody honoring Hispanic “service” to the country. Service, they say, “suggests Hispanic subservience and deference, not leadership or creativity.”

Then, to their credit, Cadava and Pitti write:

The truth is that Latinos have not simply served the United States. They have animated, expanded, shaped and reimagined the nation and the world. Their histories have been varied, sometimes contradictory, and often hard to categorize. Latinos have been patriots and anarchists, anti-racists and bigots, labor unionists and corporate executives, militarists and pacifists, Democrats and Republicans, and everything in between. Hispanic Heritage Month is over 50 years old and is mature enough to handle some complexity.

True. In fact, maybe it’s mature enough to just go away. Too extreme? We could pare it down to a single day, like St. Patrick’s Day. They can have a parade and everybody can pretend to be Hispanic and get drunk and sing and vomit in the street and make the Auld Countr(ies) proud. Maybe repurpose Cinco de Mayo.

As if that’ll ever happen.

As for honoring the complexities of Latino “histories,” it sounds nice. But just now it would be a whole lot more useful if we could bring ourselves to even acknowledge the complexities of American history. The New York Times and The Washington Post and most of the intellectual establishment are just now toiling away on the project of reducing the American a one-dimensional tale of slavery. Cadava and Pitti themselves want to “bookend” Hispanic Heritage Month “as both Columbus Day and indigenous Peoples’ Day.” They want us to “teach histories that foreground Afro-Latino communities and force difficult reckonings with hemispheric racism.”

Kids aren’t taught civics (because civics are inconvenient to the left), and the rush to “inclusion” has produced a sinister and ultimately punitive version of American history. U.S. citizens are learning that there really isn’t much worth preserving in their heritage as Americans.

Cadava and Pitti suggest taking things a step further during this month. We’re supposed to “consider how Hispanic Heritage events relate to Latin America’s many independence holidays in September and October, in which communities in the United States celebrate their families’ national origins — just as we do every July 4 — and not just ‘being Hispanic.’”

I’m not sure what they’re trying to say about our U.S. Independence Day. It’s not about “families’ national origins.” It’s about the birth of the country we’re all enjoying right now. It should override celebrations of origins.

But marking “Latin America’s many independence holidays?” Ok, while we’re at it add Garibaldi’s birthday to the calendar, and Guy Fawkes Day. The anniversary of the Battle or Tours is on October 10, so if we hurry ... (I kid -- that was a victory for the West over Islam. We could never celebrate that.) Why stop there? I’m sure there are holidays important to Lithuanian-Americans and Malaysian-Americans.

And anyway, Americans needed a Broadway musical to introduce them to the guy on the ten-dollar bill. Simon Bolivar doesn’t have much chance of going mainstream. Nor should he.