CNN reporters castigated the NRA on Twitter during the organization's Friday press conference. Piers Morgan went so far as to blame future mass school shootings on the organization.

"Coming to a town near you, courtesy of the #NRA - Gunfights At The U.S. School Corral," Morgan tweeted. He also ripped their agenda as "murderous." 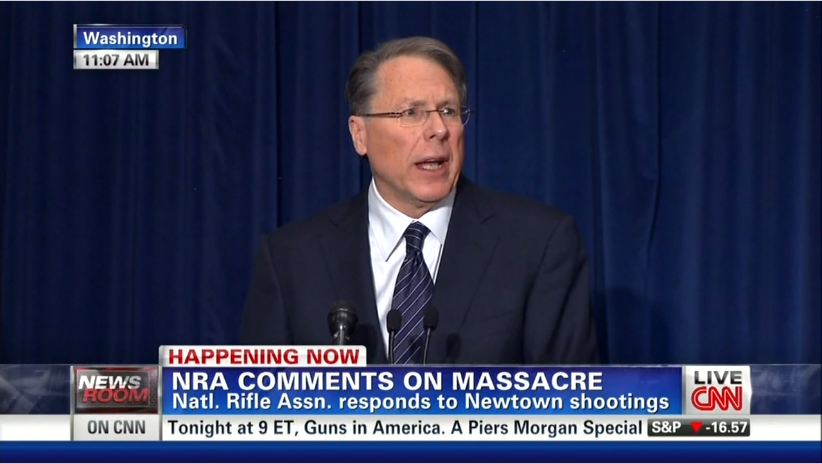 "This is your moment, America: The #NRA has 4 million members, your population is 311 million. Don't stand for this murderous crap any more," tweeted Morgan.

CNN's Ali Velshi didn't shy away from sniping at the NRA:

"In one of the more amazing press conferences I've ever seen, Wayne LaPierre, exec VP of the NRA, says video games are the problem"

Velshi re-tweeted Dawn Walton of Canada's The Globe and Mail, who sneered "Going to be tough for most journos to remain objective reporting on the NRA soln to gun violence since it's sorta lunacy".

"Walking out of another funeral and was handed the NRA transcript. The most revolting, tone deaf statement I've ever seen."

"LaPierre's rant was truly astonishing. At a moment that demanded reflection, he sprayed rhetorical shots around the room."