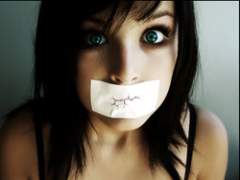 The left has attempted with varying degrees of success to enact legislation that would increase government control over the news media and, in some instances, sway the political tides of various media in their favor, most notably in the form of the ‘Fairness Doctrine.’ Having failed to achieve its ends with the Fairness Doctrine, the left is now moving into alternative means through so-called ‘localism’ in broadcast media and ‘net neutrality’ on the web.

Both in traditional and new media, the left is attempting to tight its grip on the news, possibly asphyxiating the few bastions of center-right news and information that exist.

The misnamed ‘Fairness Doctrine’ is the most widely publicized and debated of the left’s attempts to tighten their grip on the news media. Discarded by the Federal Communications Commission in 1987 on constitutional grounds, the doctrine required that networks and broadcast radio stations air opposing views that satisfied federal bureaucrats’ conception of ‘fairness.’

Far from increasing the diversity of views on the public airwaves, however, the Fairness Doctrine, according to the FCC at the time “had the net effect of reducing, rather than enhancing, the discussion of controversial issues of public importance.” The doctrine had a dramatic chilling effect on networks nationwide, which avoided political programming altogether for fear of not living up to the FCC’s standard of fairness.

The repeal of the Fairness Doctrine produced a lively and diverse array of views on talk radio and in other media. Though conservatives still top the ratings charts, such talk show hosts as the stridently liberal Rachel Maddow have held their own.

But what the left wants is not a diverse scope of discussion, but rather a politically supportive discussion. Opposing views are the problem, in the eyes of Fairness Doctrine proponents. Using the doctrine to silence those views is their ultimate goal.

The Obama administration, realizing that the Fairness Doctrine is politically untenable, has advocated a backdoor for the regulation of speech on the airwaves considered politically unfavorable. The policy of ‘localism’ would mandate the creation of community advisory boards that would have to be consulted on ‘community needs and issues’ during the broadcasting license renewal process (which, incidentally, President Obama wants to hold every two years, instead of every eight).

The power of these advisory boards to determine programming content and to stall or sink licensing applications for broadcasters that don’t meet their criteria for ‘community needs and issues’ suggests that localism could be more detrimental to free speech on talk radio than even the Fairness Doctrine.

Quoted in Broadcasting & Cable, a “veteran communications attorney” who spoke anonymously, warned that “Last year's localism decision, both the advisory boards and the programming forms, are a not-very-thinly-veiled Fairness Doctrine. But not just fairness. It is the commission determining the content of programming.”

Similar concerns were raised by the administration’s pursuit of ‘diversity’ on the airwaves, exemplified by Obama’s appointment of Mark Lloyd as the FCC’s ‘diversity czar’. This newly created position is designed to establish regulations to ensure a yet-undefined notion of diverse programming.

Given Lloyd’s previous statements on proper the role of the news media should raise concerns with those seeking to avoid another Fairness Doctrine. In 2007, he suggested progressives adopt Franklin Roosevelt’s stance against media consolidation, not to ensure a ‘diverse’ realm of political discourse, but rather to “continue to push a progressive agenda … [FDR] understood not only how to use media effectively, but also the importance of media ownership and the rules that determined media ownership.”

With this man in charge of ensure ‘diversity’ of the airwaves, conservatives should be worried that the administration will change media ownership and broadcast rules to restrict oppositional speech.

The advent of the Internet and new media technologies has rendered irrelevant the notion—first espoused by the Supreme Court—that the limited amount of radio bandwidth requires that the federal government intervene to ensure ‘fair’ distribution of broadcasting rights and capabilities. But the rise of the Internet as a force for political debate and opposition has the left worried.

Enter the similarly-misnamed ‘net neutrality’ movement, which advocates total government control of Internet browsing. Net neutrality would forbid Internet service providers from regulating traffic on their networks, and would place that regulatory control in the hands of the FCC.

While the left bemoans restrictions by private companies on their subscribers’ use of the Internet, progressives have few qualms with allowing the federal government a say in what we can or cannot see, do, or say on the Internet.

The centralized control of Internet use by the federal government would provide a powerful tool for the censorship of websites deemed politically unfavorable. The current administration’s labeling of right-wing fringe groups as ‘extremists’ and potentially national security threats, and the labeling of town hall protestors as ‘political terrorists’ suggests that the realm of impermissible internet use could conceivably include groups that espouse intense opposition to federal policies.

Though no elected net neutrality advocate would ever suggest that the movement intends to regulate content, pundits on the left have been far more forthcoming. In March, a blogger at the Huffington Post lauding net neutrality wrote, “We have a very rare opportunity right now to lock in a progressive advantage in Internet communications, information sharing, and Netroots mobilizing.”

There you have it, straight from the horse’s mouth. The left is seeking net neutrality as a means of consolidating control over the Internet, the same way it sought consolidated control over the airwaves with the Fairness Doctrine, and the same way it is now seeking that same objective in the guise of ‘diversity’ and ‘localism.’ Those on the center-right should not be fooled into thinking that 'localism' or 'net neutrality' promote free enterprise or free speech.
Fairness Doctrine Localism Media Diversity Government & Press