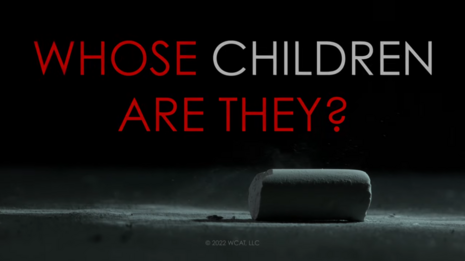 On Monday, CNSNews Managing Editor Michael Chapman reported: “A new documentary that will open in select theaters on March 14 exposes critical race theory (CRT) as ‘a thinly-disguised Marxist tool to divide people, create identity groups and bring down America through disunity,’ according to Fathom Events, one of the top film distributors in the U.S. and abroad, owned by AMC Entertainment, Regal Cinemas, and Cinemark Holdings....The documentary is entitled, ‘Whose Children Are They?’”

He went on to cite former Vanderbilt University and Princeton University political science professor Dr. Carol Swain, who warns in the film: “Parents need to be aware that critical race theory is un-American and that it is dividing our children in ways that are unacceptable....It is teaching them to become conscious of race. And that is very dangerous. It runs counter to our civil rights laws...”