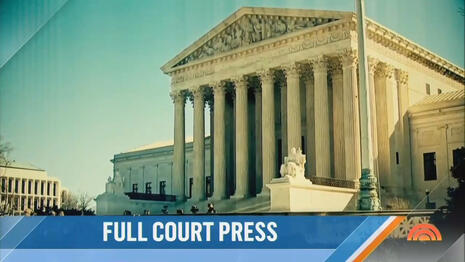 On Thursday, National Review Executive Editor Mark Antonio Wright reported: “In a ostensibly straight-news write-up on the politics of the coming confirmation of Justice Breyer’s successor, Politico reporters Meridith McGraw and Hailey Fuchs write: ‘The conservative movement has, for decades, prioritized Supreme Court fights over nearly all other forms of political battle....[but] they aren’t planning a vicious political fight over President Joe Biden’s pick to replace retiring Justice Steven Breyer. At least not yet.’”

“‘At least not yet.’ Now, that’s the line that really gets me,” Wright observed. He pointed out the reality of those who have launched “vicious” political fights over the Supreme Court: “Forgive me for laughing into my afternoon bowl of Honey Nut Cheerios, but you’d have to squint pretty hard at the last 40 years to paint conservatives as the aggressors in the Supreme Court wars.”