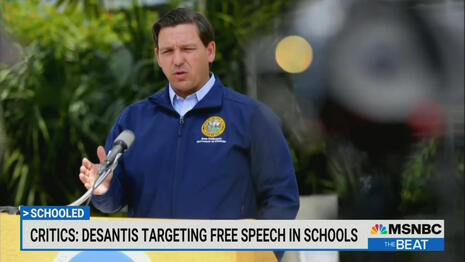 On Thursday, Twitchy’s Sam Janney reported on NBC News tweeting out an article that opposed transparency in school curriculum: “Conservative activists want schools to post lesson plans online, but free speech advocates warn such policies could lead to more censorship in K-12 schools.” As Janney noted: “Did NBC MEAN to admit there are problems with these lesson plans? Because they just did....And sorry, but you’d think someone ‘advocating’ for free speech would want MORE transparency, not less.”

Janney went on to call out the news outlets glaring double standard in labeling both sides of the debate: “Also, isn’t it cute how they call conservatives ‘activists’ and the free speech harpies ‘advocates’? Pretty sure it’s the other way around but whatever makes NBC feel better about exposing the schools and how they’re trying to hide their lesson plans.”

Read the full article on Twitchy.