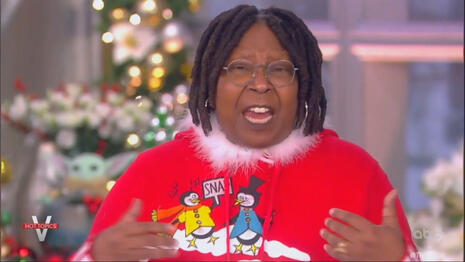 On Thursday, RedState Senior Editor Brandon Morse reported on pro-abortion propaganda coming from one of ABC’s left-wing daytime talk show hosts: “Whoopi Goldberg, co-host of The View, is definitely no friend to the pro-life community and had some words to say to it as the Supreme Court hears arguments over the Dobbs v. Jackson Women’s Health Organization case....Goldberg went on a rant directed at men which contained a lot of ‘how dare you’s.’”

As Morse highlighted, she offered this particularly dumb take: “Apparently, Goldberg felt it necessary to chastise men for thinking we know what a fetus wants. ‘Do any of you men have any eggs or the possibility of carrying a fetus? How dare you talk about what a fetus wants! You have no idea,’ she said.” Mourse succinctly answered her question: “I can tell you what it doesn’t want. It doesn’t want to die.”

Read the full article on RedState.