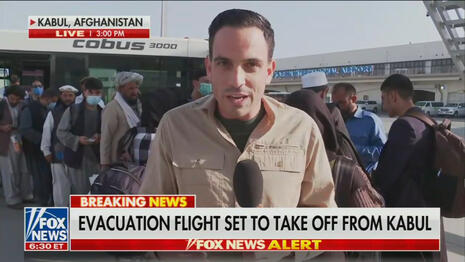 On Monday, Hot Air’s Ed Morrissey called out the leftist media for the “silent disgrace” of refusing to cover how Americans are still left behind in Afghanistan following the Biden administration’s disastrous withdrawal from the war-torn nation in August. It’s been hard to find any recent headlines about the foreign policy catastrophe, let alone personal stories about those abandoned by the White House.

“Just how many Americans — citizens and legal permanent residents — remain abandoned in Afghanistan? The State Department has yet to give any firm figures, and the national media remains completely uninterested,” Morrissey observed. He then revealed the shocking estimates of how many people – both Americans and Afghan allies – are still trapped in the country: “Alex Plitsas, a veteran of Afghanistan working to get people out, tells NBC News’ [Connecticut] affiliate that he believes over 1,000 Americans remain trapped, and that the number of Afghan allies we abandoned exceeds sixty thousand.”