Editor’s Pick: Fox on ABC Accusing Sinema of ‘Hard Turn to the Right’ 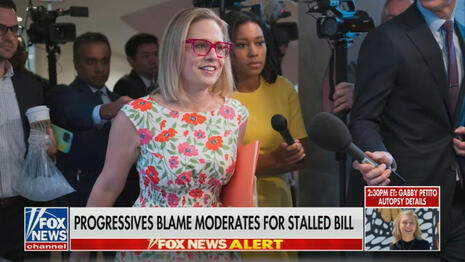 On Tuesday, Fox News media reporter Joseph Wulfsohn noted how ABC News subsidiary FiveThirtyEight drew criticism for having “taken a hard turn to the right” simply for objecting to Democratic Party plans to spend trillions. The headline of the ABC-backed article lamented: “Kyrsten Sinema Is Confounding Her Own Party. But…Why?”

Despite the assertion from FiveThirtyEight’s senior elections analyst Nathaniel Rakich, Wulfsohn highlighted: “However, as pointed out by Brooklyn College professor KC Johnson Sinema has voted with President Biden ‘100%’ of the time and approved every single one of his nominees, according to FiveThirtyEight’s own tracker.”

Read the full article on FoxNews.com.