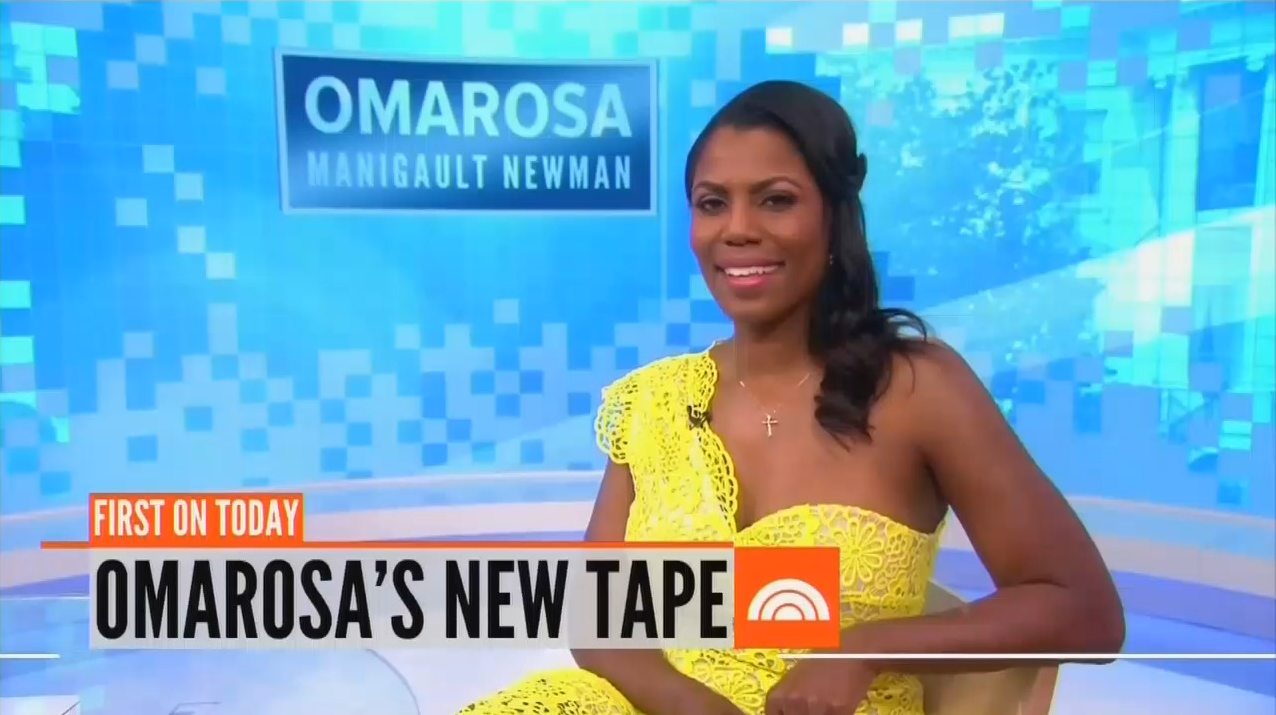 Beginning with Friday’s evening newscasts and going through Monday’s morning shows, the broadcast networks of NBC, ABC, and CBS provided an astonishing 93 minutes of air time to promoting former Trump White House aide Omarosa Manigault-Newman’s new tell-all book blasting the administration and accusing the President of being a “racist.” While hosts and correspondents repeatedly acknowledged the Apprentice star’s major credibility problems, that didn’t stop them from providing the avalanche of coverage.

The total was compiled by looking at the evening and morning newscasts Friday night through Monday morning, as well as the Sunday political roundtable shows, NBC’s Meet the Press, ABC’s This Week, and CBS’s Face the Nation. NBC offered the greatest amount of time to the salacious memoir by far, with a whopping 57 minutes 1 second of coverage over the four-day period, which included two lengthy exclusive interviews with Omarosa on Sunday’s Meet the Press and Monday’s Today show.

ABC came in second with 28 minutes 32 seconds of total air time, half of which occurred during a panel discussion on This Week. Sunday's Good Morning America even hyped Omarosa's claim that Trump wanted to "start a race war." CBS was the most restrained, only devoting 7 minutes 41 seconds to the topic over the same time period.

To the credit of the networks, Omarosa’s credibility was a major part of the reporting. Many of the obvious questions were either asked of her directly or posed in discussion segments, such as:

> Why would the African-American staffer continue to work for a president she thought was racist?

> How does she explain the contradiction of her specifically telling ABC News, shortly after she was fired from the White House, that President Trump was “not a racist”?

> Why was she secretly recording private conversations with the president and White House Chief of Staff John Kelly?

> What about all of her staunch advocacy for the Trump administration in the past?

With this many basic questions about her credibility, why were journalists so eager to provide her with a megaphone anyway?

The liberal media narrative seems to often beat out truth when it comes to coverage of the Trump administration, just look at how the networks seized on Michael Wolff’s gossip-filled Fire and Fury back in January. Over the course of one week, Wolff’s book was granted over two hours of air time. To put things in perspective, attention for Omarosa’s memoir has already passed the hour and a half mark after just four days.