After MSNBC spent four hours on Thursday breathlessly promoting what turned out to be a false story that federal investigators had been “wiretapping” President Trump’s personal attorney Michael Cohen for months, NBC’s Today show on Friday only managed 41 seconds of air time to correct the phony bombshell.

On Thursday, starting at 1:00 p.m. ET and continuing until the beginning of the 5:00 p.m. ET hour, when MTP Daily host Chuck Todd issued a correction, one MSNBC anchor after another hyped the fake news that Cohen had been “wiretapped.” In reality, federal authorities only maintained a log of who called the lawyer and for how long, no content of any of those phone calls was recorded.

That evening, on NBC Nightly News, despite the 5:00 p.m. ET hour MSNBC correction, White House Correspondent Kristen Welker offered no such clarification to viewers. At the end of a report on the Stormy Daniels scandal and Cohen, Welker offered this single sentence: “Adding to the concerns here, NBC News has learned federal investigators were keeping a log of Michael Cohen’s phone calls and identified at least one call placed from a Cohen phone line to a White House line.”

The reporter never explained that NBC’s initial reporting on the topic was wrong, she just simply changed the information to be accurate.

Finally, on Friday’s Today show, correspondent Peter Alexander offered 41 seconds actually correcting the record, though he framed it in the context of President Trump attacking the network on Twitter: 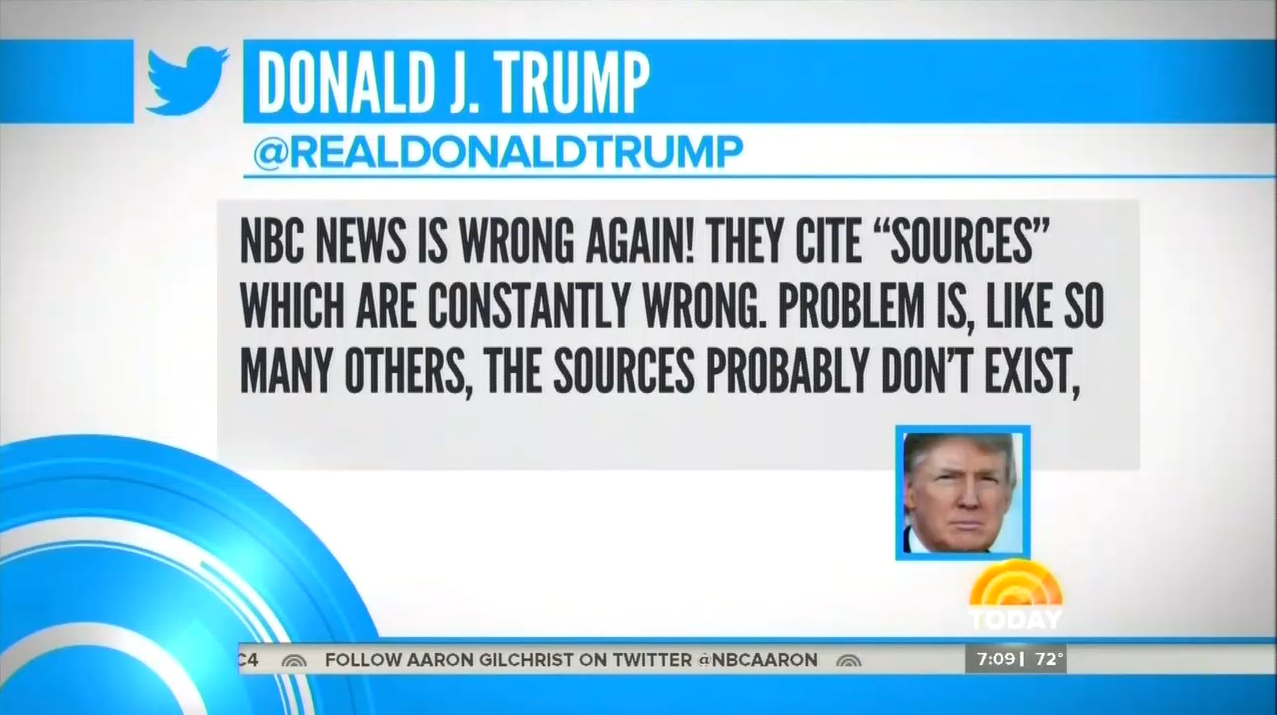 Meanwhile, President Trump is up tweeting about NBC News this morning. It follows an NBC report yesterday that there was a wiretap on the phones of Michael Cohen, the President’s longtime personal lawyer, citing two separate sources with knowledge of the legal proceedings involving Cohen. But three senior U.S. officials now dispute that, saying that the monitoring of Cohen’s phones was limited to a log of calls, not a wiretap, where investigators can actually listen in to the calls. The President going off, writing, “NBC News is wrong again! They cite ‘sources’ which are constantly wrong. Problem is, like so many others, the sources probably don’t exist, they are fabricated fiction!” he writes. “NBC, my former home with The Apprentice, is now as bad as fake news CNN. Sad!”

The President’s criticism of NBC was completely valid. It’s amazing how much time the media will devote to reporting fake news and how little time they spend correcting it.