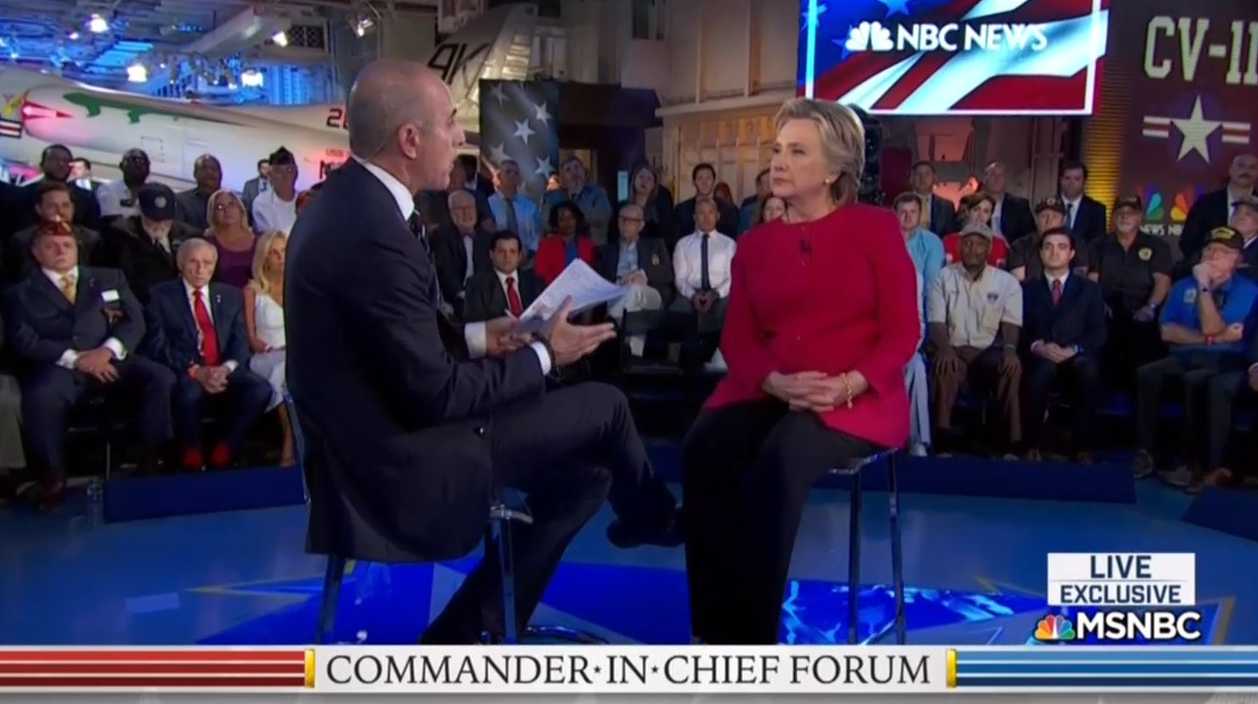 In her new memoir What Happened, failed Democratic presidential nominee Hillary Clinton has blamed everyone but herself for her stunning loss to Donald Trump in the 2016 election, even lashing out at her allies in the liberal media. In the book, she reveled that she was “almost physically sick” with rage at Today co-host Matt Lauer following his interview with her during NBC’s Commander-in-Chief Forum one year ago.

Recalling the event in her self-serving account of the campaign, Clinton ranted: “Lauer had turned what should have been a serious discussion into a pointless ambush.” Why was she so upset with the morning show host who usually provided her a friendly forum? Apparently he asked too many questions about her e-mail scandal.

Lauer was surprisingly tough on Clinton, asking her at one point: “You were communicating on highly sensitive topics. Why wasn’t it more than a mistake, why wasn’t it disqualifying if you want to be commander-in-chief?”

One wonders why Clinton would feel blindsided by such obvious questions about a major scandal during a forum designed to assess her fitness for office.