In an unbelievably classless move, Politico tweeted out the latest political cartoon from illustrator Matt Wuerker that actually mocked Texas victims of Hurricane Harvey, portraying them as Confederate sympathizers who want to secede from the United States.

In addition, the Politico cartoonist thought it appropriate to deride people’s faith as well, with a man dressed in a Confederate flag t-shirt being rescued from his rooftop and declaring: “Angels! Sent by God!” A Coast Guard pilot was shown correcting him: “Er, actually Coast Guard...sent by the government.”

Update: Politico has deleted the tweet, but the offensive cartoon remains posted to its website. For his part, Wuerker has taken to Twitter in a desperate attempt to excuse his insensitive depiction of the deadly natural disaster. "Just trying to point out times like this we're lucky to have rescue services. Don't see how this takes away from private individuals heroism," he feebly explained. Moments later, he claimed: "Respectfully -- it's making fun of the Secessionist movement. Not at all aimed at all Texans." 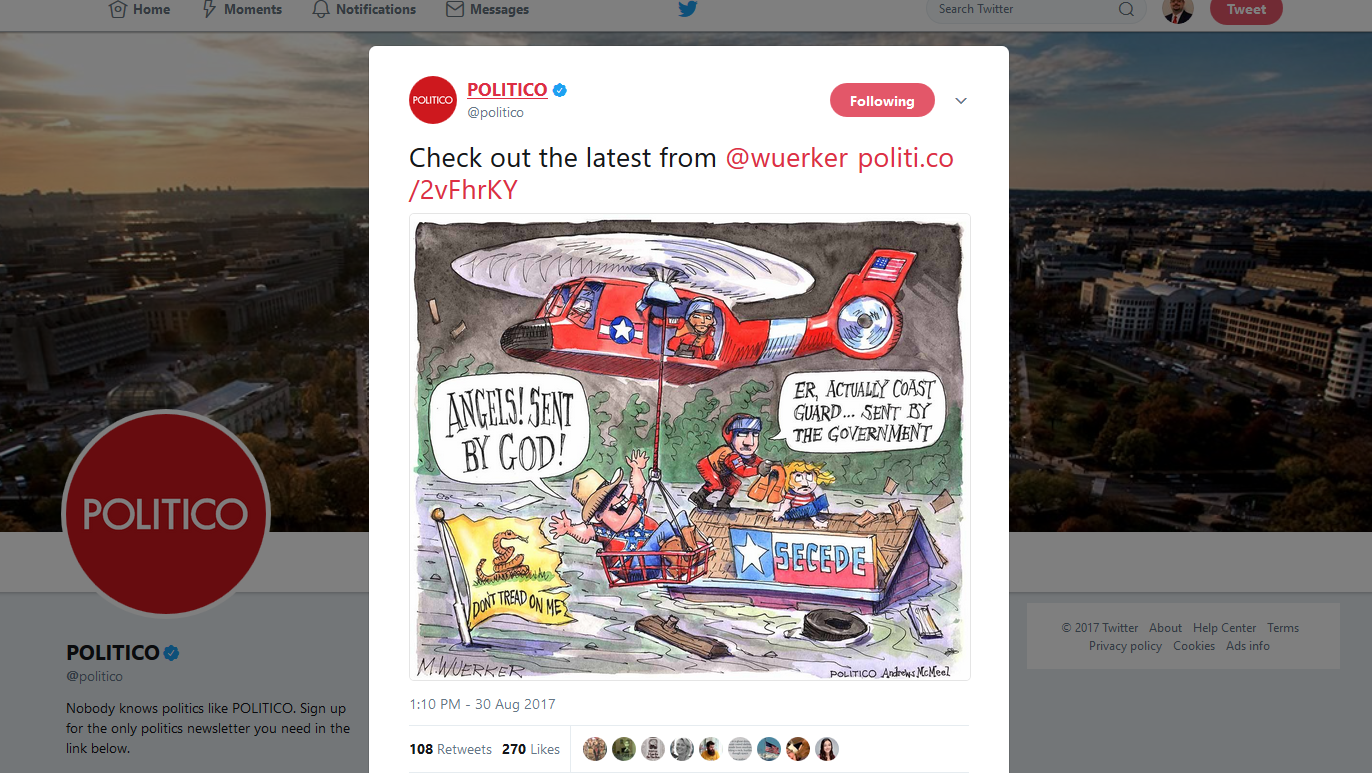