Despite left-wing MSNBC host Rachel Maddow being lampooned on social media and even by her media colleagues Tuesday night over her laughable "scoop" that Donald Trump paid his taxes, on Wednesday, the mockery didn’t deter the network from devoting extensive air time to the story every hour from 6 a.m. through noon ET.

During the 6 a.m. ET hour of Morning Joe, co-host Mika Brzezinski announced: “And this morning, we’re also learning more about Donald Trump's taxes. The President refused to release them throughout the campaign and throughout his administration, but last night, Rachel Maddow revealed two pages of his 1040 form from 2005.”

Even though political analyst Mark Halperin accurately labeled the story “a distraction that doesn't amount to much,” that did not stop the hosts from returning to the topic six more times throughout the three-hour show, in both news briefs and full segments.

Anchor Stephanie Ruhle began the 9 a.m. ET hour with four consecutive stories on Trump’s taxes, including another interview with the DCReport.org reporter, David Cay Johnston, who revealed the leaked documents on Maddow’s show. 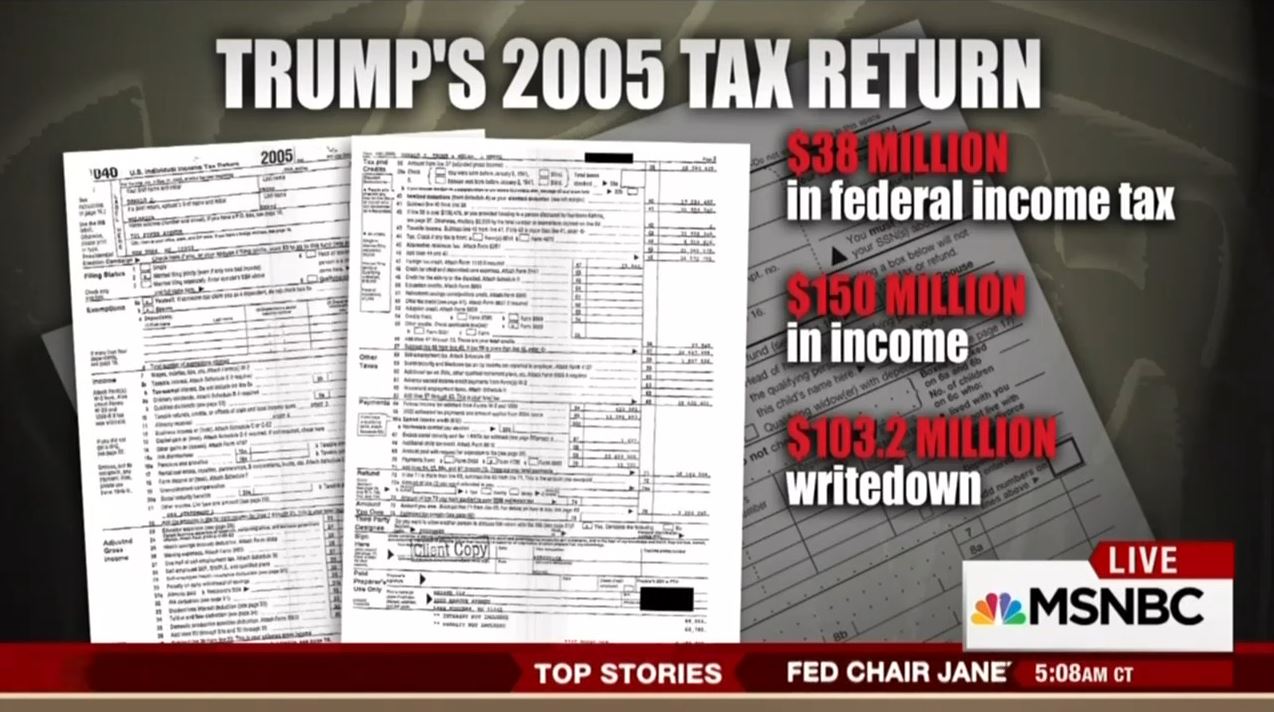 In the 11 a.m. ET, anchor Ali Velshi pushed three stories on the tax returns, including a lengthy discussion with Democratic strategist Julian Epstein, who demanded: “What is the President hiding by refusing to release these tax returns?”

Even though the story was clearly a bust, MSNBC couldn’t resist promoting it anyway. In addition, Wednesday’s NBC, ABC, and CBS morning shows devoted a combined 20 minutes of coverage to the issue. If it’s not fake news, it’s no news.