Media Rave for Raddatz: Debate ‘Winner,’ Not Afraid to Get ‘In the Mix’ 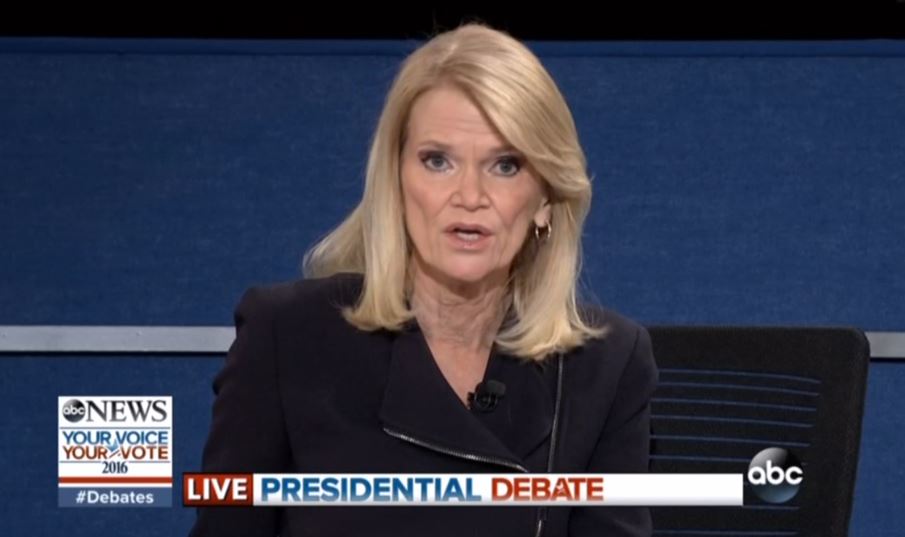 The Washington Post’s Chris Cillizza led the way, listing Raddatz as one of the debate “winners”: “I thought Raddatz was forceful and fair. She refused to allow Trump or Clinton to filibuster, and she fact-checked when the moment required it. The only question I had about Raddatz while watching the debate was why the heck she didn't get her own solo moderating gig in these debates.”

He bemoaned: “Trump, from the very start, seemed intent on driving home the idea that Raddatz and CNN's Anderson Cooper were ganging up on him to help Clinton.”

Cillizza also listed Hillary Clinton as a debate “winner” for being “steady, knowledgeable and pleasant — even in the face of some very personal attacks — throughout.” That of course meant Trump was in the “loser” column, mainly for daring to make Bill Clinton’s sex scandals an issue:

And yet, Trump was — stop me if you've heard this one — his own worst enemy. His stunt of holding a pre-debate news conference with a handful of women allegedly assaulted by Bill Clinton flowed seamlessly into Trump's insistence from the debate stage that Hillary Clinton would be in jail if he was elected president — and into his remarkable (and repeated) accusation that Clinton has "hate in her heart."

Bill Clinton was also dubbed a debate “loser,” but only because Cillizza sympathetically fretted: “It had to be hard for the former president to be sitting just feet from the stage while Trump ran down his personal life and his wife. And Bubba looked like he was taking it personally.”

He applauded how the pair didn’t let the principle of journalistic neutrality stop them from inserting themselves into the debate:

The duo overseeing Sunday’s presidential debate, Anderson Cooper of CNN and Martha Raddatz of ABC News, seemed to cast off the hand-wringing pressures on this year’s crop of moderators — Is fact-checking mandatory? Are interruptions O.K.? — and put themselves directly in the mix of a high-stakes encounter.