Trying to deflect from the political damage ObamaCare has done to Democrats, on Monday's NBC Today, White House correspondent Peter Alexander hyped GOP divisions: "...the Republican Party is facing a war within....Republicans have an issue over defining their brand, an ideological civil war of sorts."  [ Listen to the audio or watch the video after the jump]

In an interview with former Alaska Governor Sarah Palin following Alexander's report, co-host Matt Lauer sought to stoke that supposed "civil war": "[Governor Chris Christie] called the shutdown of the government and that strategy hatched by Ted Cruz and members of the Tea Party a 'monumental failure.' If you look at the results of the [New Jersey] election, isn't the message to the Tea Party that the middle ground, not the far right, is the most fertile ground for upcoming elections?" 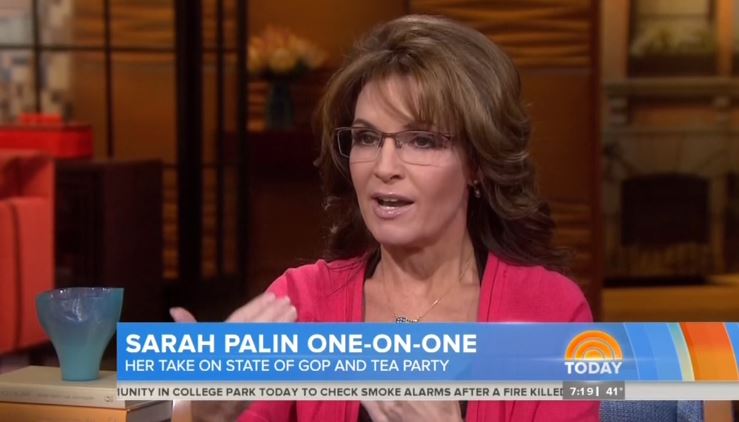 You know, when you stand in the middle of the road, you're gonna get hit on both sides of the road. We need to take a stand, especially on this ObamaCare, and support those who are just fulfilling their campaign promises. So many politicians ran for re-election and for election saying they will do anything in their power to defund this statist socialized medicine program called ObamaCare. Ted Cruz, Mike Lee, some of these guys actually were fulfilling their campaign promises and they asked for a debate. That's why they stood up, they took the stand, fought for us to debate the issue of ObamaCare.

Perhaps Lauer was trying to hit back at Palin's prior observation: "[Republican] plans have been proposed over and over again. And what thwarts those plans? It's the far left. It's President Obama and his supporters who will not allow the Republicans to usher in free market, patient-centered, doctor-patient relationship links to reform health care."

Earlier in the interview, Lauer asked Palin if people would "forgive" President Obama's lies about ObamaCare "if they end up...with a better health insurance policy."

Here is a full transcript of Alexander's November 11 report:

SAVANNAH GUTHRIE: And now to politics, the administration is expected to unveil new numbers this week that say how many people have actually been able to sign up for health care and the figures are said to be underwhelming. We'll talk to former Alaska Governor Sarah Palin live in just a moment about these topics and more. But first let's get the story from NBC's Peter Alexander, he's at the White House this morning. Peter, good morning to you.

PETER ALEXANDER: Hi, Savannah, good morning to you. The spotlight these days is on President Obama. He's trying to demonstrate he has things under control, while at the same time insisting he didn't know about the problems plaguing HealthCare.gov until it was too late.

With the first round of ObamaCare enrollment numbers to be released this week, even the President's point person Kathleen Sebelius concedes the figures will be "very low." And with two more congressional hearings scheduled this week, the Obama administration is scrambling to find a solution for the millions of Americans whose insurance policies are being cancelled. No easy task.

GOV. CHRIS CHRISTIE [R-NJ]: How about this, New Jersey!

CHRISTIE: The fact of the matter is, the President didn't tell folks the truth about what was going to happen with their own private insurance policies. And what I urged him to do for the last two weeks when I've been on the campaign trail is tell people the truth.

ALEXANDER: Christie dismissed speculation about his own White House ambitions, even about whether he was a moderate or a conservative.

CHRISTIE: I don't get into these labels. That's what the Washington D.C. game and what all those men and women down there play. 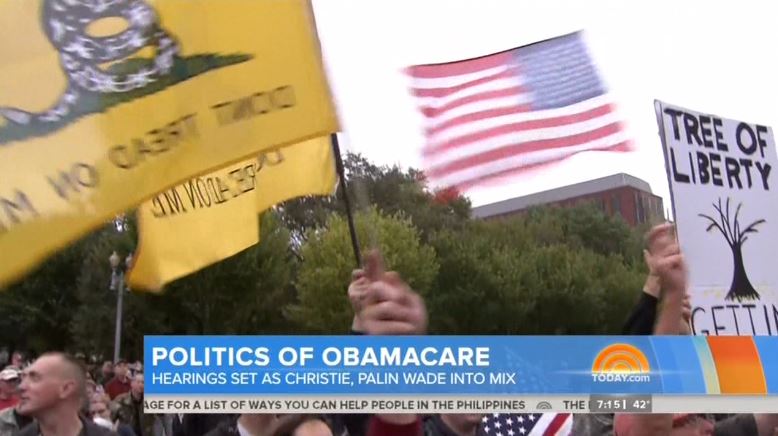 ALEXANDER: Still, the Republican Party is facing a war within.

ALEXANDER: In Iowa this weekend, Sarah Palin told fellow Christian conservatives to "stiffen our spines" for the 2014 elections and lashed out at Republicans who agreed to end last month's government shutdown without defunding ObamaCare.

PALIN: They waved the white flag of surrender and they threw under the bus the good guys who did stand up and fight for us.

ALEXANDER: So the Republicans have an issue over defining their brand, an ideological civil war of sorts. The Democrats face a crisis over fixing this health care law and the rollout. The bottom line, Matt, the next series of elections could very easily be determined by which party can fix it's problems first.

LAUER: Peter Alexander at the White House. Peter, thank you very much.