Pathetic: ‘View’ Hosts Suck Up to Kamala, REFUSE to Ask About Biden’s Scandal 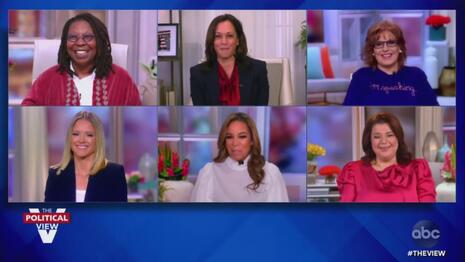 Vice presidential candidate Senator Kamala Harris joined the all-liberal, pro-Biden panel at The View Monday for yet another friendly interview. With just 8 days until the election, the hosts weren’t quite as obnoxiously biased as they typically are, managing to ask two critical questions but the rest of the interview was full of flattery and anti-Trump softballs.

There were no questions about Hunter Biden's laptop or packing the Supreme Court. Instead, the hosts seemed eager to show off to Harris how much they supported her.

Joy Behar even wore a Kamala-themed t-shirt which read "I'm speaking" referring to when Harris shushed Pence during the VP debate. Behar boasted to Harris, "So Senator Harris, I'm wearing this for you today," as the two giggled.

Behar continued fawning over Harris with her first question, wailing about President Trump attacking her before inviting Harris to respond to Trump’s claim she would never be President:

Okay. Throughout this campaign, you have been subjected so many stereotypes and tropes on account of your historic candidacy I think. Candidacy. Colleagues have mispronounced your name. You had to repeatedly remind Vice President Pence that you were speaking, SPEAKING,, at your debate, and our president has spread -- I call him our president -- I hope it's only for another week---He's been spreading birther conspiracies about you and he called you despicable names like monster. I mean, he's such -- he's like a baby...So senator, just respond to that if you could please.

Co-host Sunny Hostin kept up the anti-Trump questions, asking Harris if she would pursue prosecuting Trump when she got into office:

Senator Harris, during your presidential campaign, you said a Harris justice department would have no choice but to pursue criminal charges against Trump for let's say obstruction of Justice. Would the same go for a Biden Department of Justice? Do you support a Trump prosecution?

Co-host Ana Navarro is working for the Biden-Harris campaign, yet she was still allowed to ask Harris a question and she didn't even bring up that obvious conflict of interest. Instead, she showered the Senator with more flattery:

"So Joy brought her sweater. I brought my fly swatter. Truth over flies!" she joked adding, "All those people who can't pronounce Kamala, I hope they can get used to pronouncing Madam Vice President or MVP for short. Maybe that will roll off their tongue a little easier."

Harris didn't have to answer any questions about the biggest scandal her running mate is facing or her own super liberal voting record. Harris also made some alarming predictions and lied repeatedly during the interview but didn't get pushback from the hosts. She predicted that 500,000 Americans would die by March from COVID on Trump's watch, and claimed that her running mate never supported banning fracking, which is a batant lie. She also lied again about President Trump never saying that black lives "matter."

The hosts were more interested in sucking up to Harris. Whoopi closed the interview expressing her support: "We have our fingers crossed for you and for Joe!" she touted.

Charmin and Progressive sponsored this pro-Biden segment, you can contact them at the Conservatives Fight Back links provided. 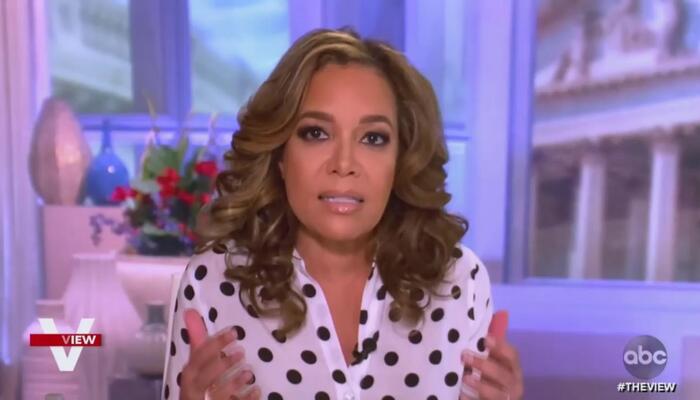 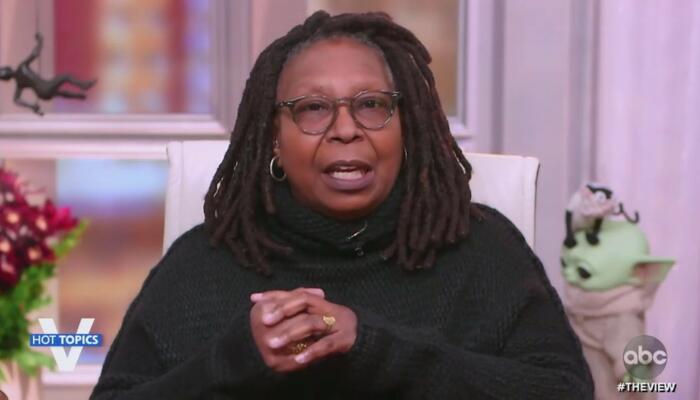 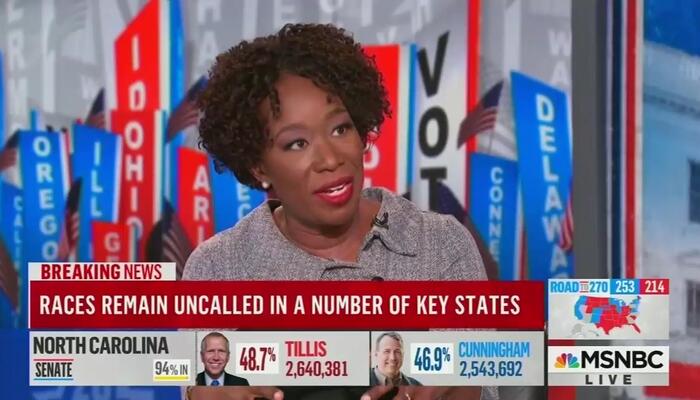 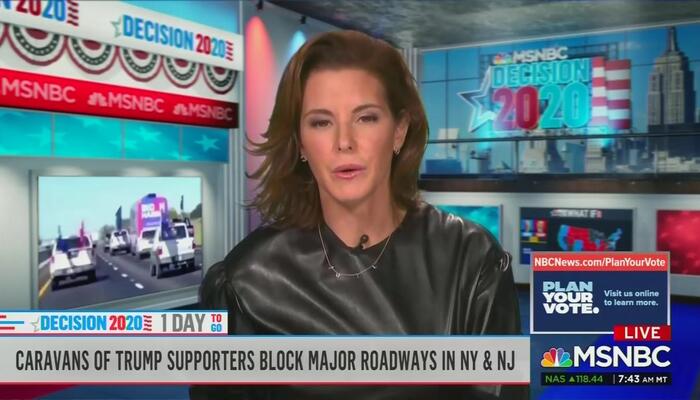 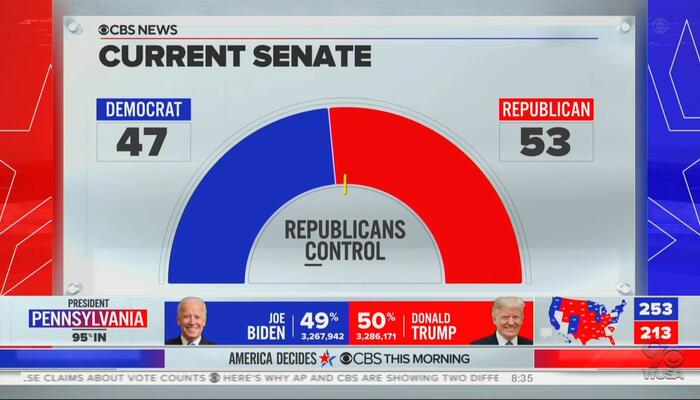 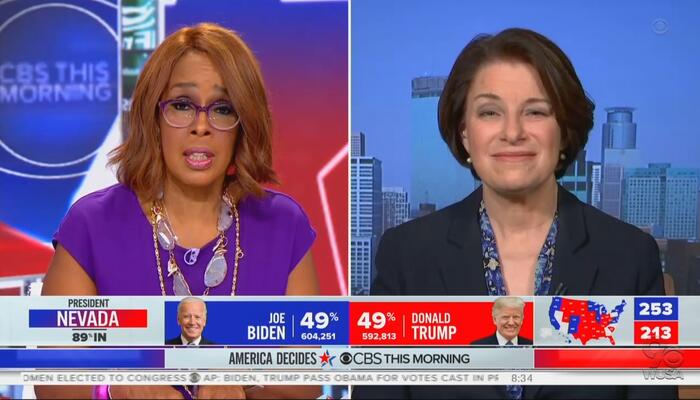 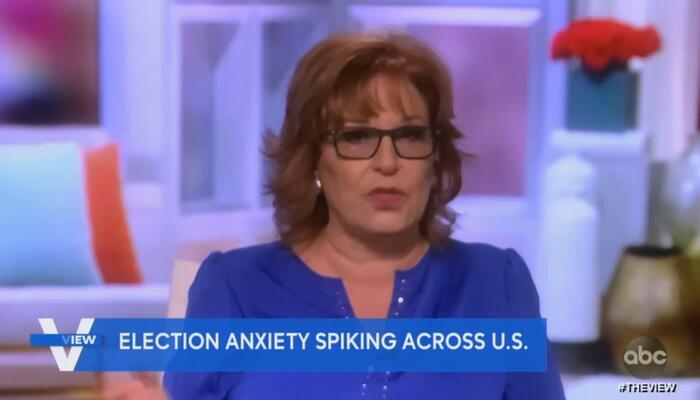 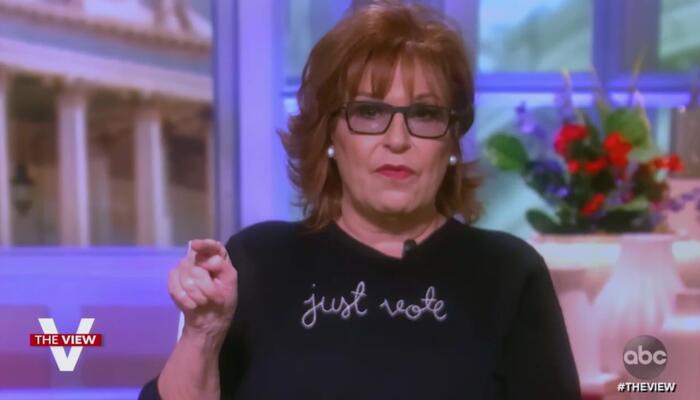