CNN's Harwood Complains, Doctors Who Want to Reopen, Like Scientists Who Don’t Believe in Global Warming! 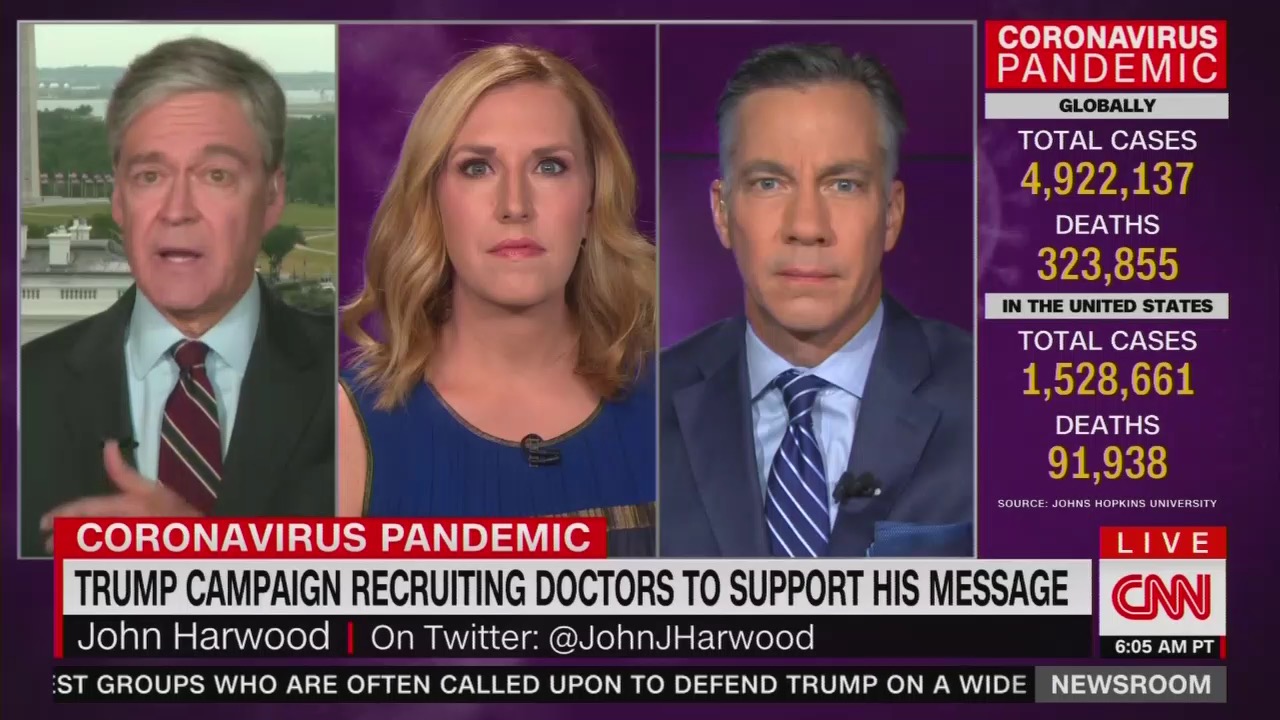 This morning on CNN Newsroom, CNN White House correspondent John Harwood attacked Trump allies in the GOP for looking for doctors who support reopening the economy to appear on television and advocate this position. CNN obtained this information from a leaked conference call between members of Trump’s reelection campaign, discussing finding pro-Trump doctors who will go on television and advocate the need to reopen.

CNN Newsroom co-host Jim Sciutto posed skeptically to Harwood, “Trump’s reelection campaign is now recruiting doctors? Friendly doctors who serve as  supporters to help Trump in that message? What are you learning?”

Harwood complained how doctors who would advocate for reopening the economy are the same kind of crackpots who don’t believe in global warming or think mail-in ballots lead to voter fraud. He ended his smug rant by saying this is why “educated” voters aren’t supporting Trump:

You can find doctors who will support things that the president is saying about hydroxychloroquine or many other things, just as you can find scientists to say the global warming doesn't exist or you can find economists to say that trade protectionism is good for the economy or you can find election analysts to say that voting fraud is massive and therefore we need to restrict access to the ballot. Remember, the president today is tweeting about Michigan mailing about absentee ballot applications. These are, again, these are all efforts to present a coherent story for his supporters, but this is also why, that the Republican party and Trump himself have been hemorrhaging support among college educated voters because most of these assertions that I just went through, are not true.

So it’s fine for CNN to trot out its own medical experts who advocate for a never ending return to “normal,” but it's not ok for the Trump campaign to find medical experts who disagree with this approach? Apparently the media has a trademark on “following the science.” Only the doctors (and scientists) who CNN approves of are considered legitimate experts.