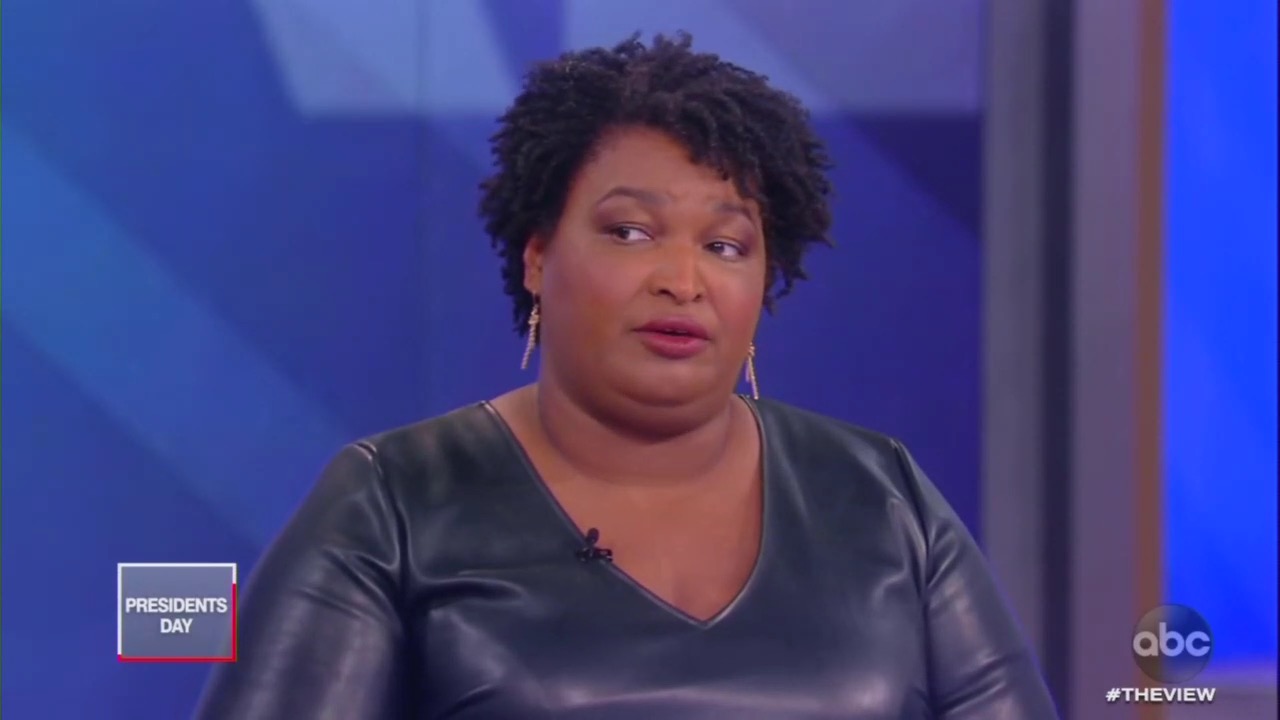 The media is still pathetically pining over Stacey Abrams. Last week on The View, co-host Whoopi Goldberg eagerly asked Joe Biden if he would make the failed gubernatorial candidate, his VP pick. On Monday’s show, the hosts petitioned Abrams herself to run, not just for VP, but also for president.

Abrams was on the show to promote Fair Fight, her lefty PAC for “fair” elections. The hosts sat enthralled as the Democrat explaining how she would “jerry rig the system” to get rid of the “racist” electoral college.

After an enthusiastic welcome, the hosts were eager to get Abrams’ involved in the 2020 election:

“Rumors are flying that a lot of presidential candidates want our next guest on their ticket as V.P.,” a beaming Whoopi began, before tying in today’s national holiday to that push:

Abrams didn’t disappoint her fans, saying it would be a “disservice” to not say yes as a woman of color. But the hosts wanted more. Whoopi touted, “You also see yourself running as president too?” to which Abrams gushed, “Absolutely!”

Co-host Joy Behar followed that up by frantically trying to get Abrams’ 2020 endorsement:

“I don't think you've endorsed a candidate yet, have you? Do you think you should? Why you like to? Would you like to do it here?” she begged.

After all the flattery, the hosts let Abrams explain at length her group's work in fighting "voter suppression." Abrams ranted about the importance of the census for non-white citizens and immigrants. She even warned illegal immigrants and criminals evading arrest that it was important they answer the census to gain political power:

Co-host Sunny Hostin wanted to hear more about how how our electoral system is racist. After asking Abrams how she would fix the Iowa caucus, she asked the following:

"One more question. You've called the electoral college a racist and classist system. Can you just break it down in the way, you know how to?"

.@staceyabrams explains why she says the electoral college is a "classist racist system whose time has passed and we need to get rid of it." https://t.co/iSpno6xps6 pic.twitter.com/3FADf0IM3A

After she argued it was an antiquated racist system that we needed to get rid of, Joy Behar complained she would have a hard time with Republicans in power. Amazingly, Abrams calmly explained how the left could "jerry rig the system and go around the Constitution" by using the popular vote, because they "didn't have time," to make a Constitutional amendment. This question was edited out of the aired show but The View's Twitter account promoted it online.