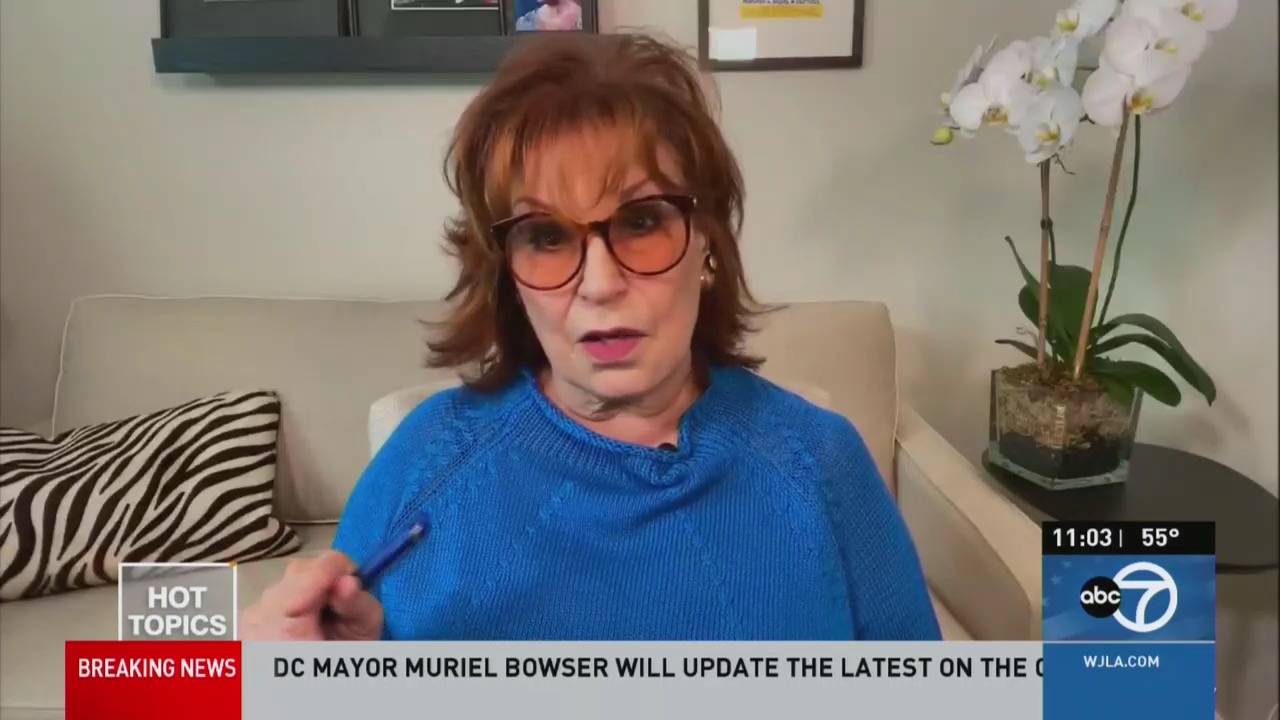 The View co-host Joy Behar fretted guns were a symbol of terrorism on Monday’s show. The liberal hosts spent numerous segments attacking people who were protesting across the country against strict lockdown orders. Behar blamed “right-wing media” for stoking fear, while comparing those protesting to terrorists.

After showing footage from some of these protests, Behar was asked by host Whoopi Goldberg to respond. She at first gave sympathy to people who had lost their jobs. But she then reacted with a condescending lecture about how people don’t seem to “understand that they are infecting other people” with their protests. At the same time, she blamed “right wing media” for feeding that ignorance:

“These people are being egged on by right wing media. People like Alex Jones and Rush Limbaugh,” she griped. The co-host then took issue with people bringing guns to these demonstrations:

"And why are you bringing guns to a rally? You want to call yourself protesters, leave your guns home. Those are terrorists who bring guns to things. To rallies. I don’t trust that at all. And don’t listen to these people," she demanded.

Her co-host Sunny Hostin, on the other hand, blamed President Trump directly for “inciting violence” and “inciting insurrection”:

What really disturbed me was the president's tweets, you know, you have the president saying things like, liberate Virginia and then also in the same sentence, bringing up the second amendment, and to Joy's point, you know, you saw protesters with guns, and I think, you know, he's in a sense, implying an incited, insurrection. I think the argument can be made that he is inciting violence by these tweets. He's inciting government insurrection and many are saying, well, it's his free speech, but the Supreme Court has found many times that if you are inciting lawlessness that's leading to violence, that that type of speech isn't protected, and so I'm just shocked that we have the President of the United States, again, inciting this kind of behavior, inciting these protests.

She also ended her spiel by attacking these protesters as stupid. Noting how numbers of COVID-19 cases in Kentucky had spiked, she sneered, “I mean, what about, you know, stay at home to save lives don’t people understand?

There's so much, you know, lying and negativity coming out of this extreme right wing media, you know, between Limbaugh and Infowars and all that other stuff, that it's very hard for the media to counteract all of that. I mean, you do have quite a bit of positive media too.

Towards the end of the show Behar also invited New York Democrat congressman Max Rose to condemn the president “sending a dangerous message” by encouraging protesters.