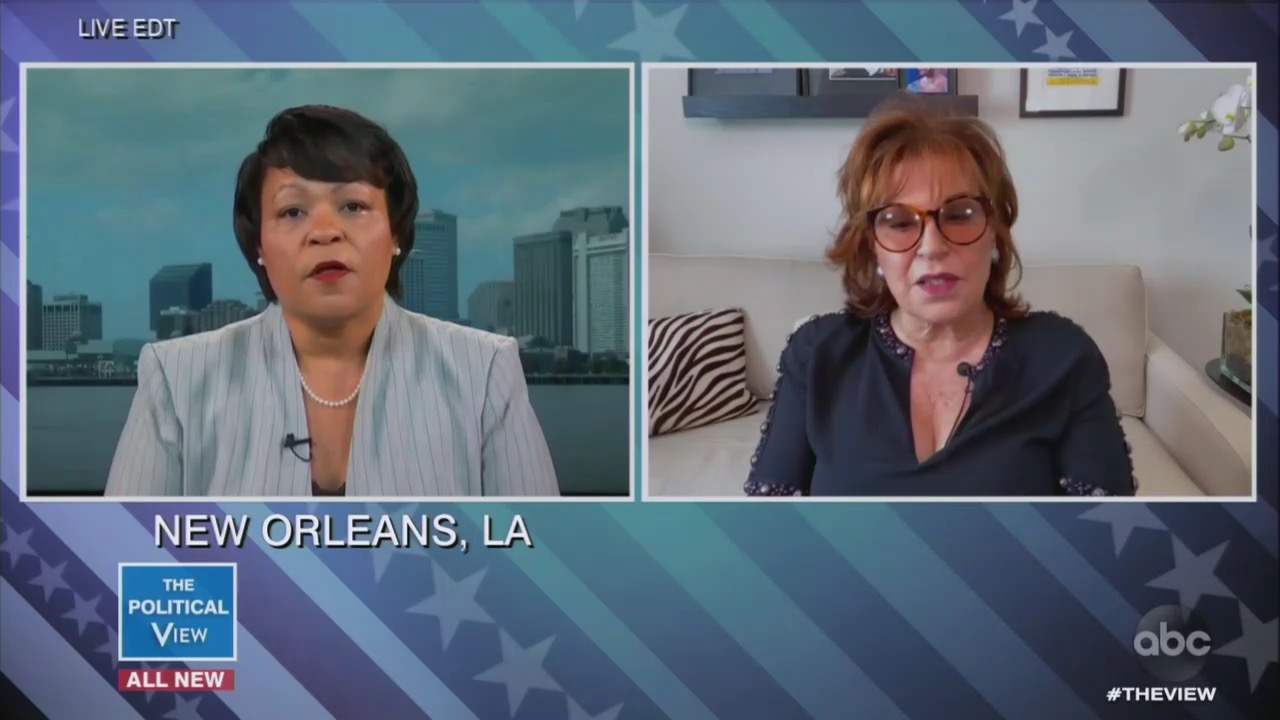 One day after county officials linked the outbreak of coronavirus in New Orleans to its celebration of Mardi Gras culminating on February 25, the city’s Democrat mayor was invited on The View to do some damage control. But instead of taking responsibility, LaToya Cantrell put the blame on Trump, just as the media has done.

Co-host Meghan McCain was the only one to press Cantrell on her decision to allow the annual festivities to continue, which are estimated to draw over one million people to the city. Pointing out how experts have shown this event “accelerated the spread of coronavirus throughout the city,” she asked the Democrat if she “regretted, in hindsight” not canceling Mardi Gras.

But Cantrell wouldn’t take the blame, insisting that there was no “red flags” given by the federal government. Towards the end of her long-winded answer, Cantrell again deflected blame, saying we should look to why the government didn’t ban large gatherings at the federal level, sooner.

CANTRELL:[T]here were multiple gatherings and events happening throughout the United States of America with over a million people participating. So at that particular time with no red flags given, with the federal government being embedded in our unified command, in planning and preparing for Mardi Gras,there were no red flags... Now in hindsight, I think as the country is concerned, we should have had no events throughout the U.S. of A, and I think we would be in a better place today, our entire country, and that's where the focus needs to be at this time.

BEHAR: Intelligence reports from January and February went ignored by Trump, and now the U.S. leads the world in coronavirus cases. Congratulations to him. As of this week we have lost more people with the coronavirus than we did on 9/11. Amazing. Despite all of this, Trump is giving himself a ten out of ten. What do you think about the response to Trump and the White House? You alluded to it in your last answer. Can you tell us a little bit more about that?

Cantrell at least wasn’t nasty like Behar in her response, though she did suggest that Trump was to blame, again: “What I believe is that of course, leadership matters and it sets the tone for local leaders on the ground,” she began, adding that states needed to work together to defeat the virus.

Sunny Hostin used her question to flatter the Democrat for “canceling all public gatherings” weeks after Mardi Gras, and gave her another chance to blame Trump for people ignoring orders to stay inside:

HOSTIN: Now once you learned about the severity of COVID-19, you canceled all public gatherings in your city, and kudos to you for doing that. I noticed though that a lot of your residents didn't take it seriously, and in fact as you mentioned, hundreds of people gathered to celebrate St. Patrick's Day. Why do you think notwithstanding your order to stay in, stay home, people are ignoring it, and still gathering in public?

“Well, what I will say is there's a couple of things to that. First of all, it goes back, again. Leadership, it does matter,” she began before explaining how she was ridiculed for canceling St. Patrick’s Day events.

Cantrell was also given the opportunity to deflect blame onto Trump while on CNN last week.

"When it's not taken seriously on the federal level, it's very difficult to transcend down to the local level in making these decisions," she told CNN’s Wolf Blitzer.

Last week MSNBC claimed the spike of coronavirus cases in the city was due to Republicans "demonizing poor people" for decades.