ABC Indulges Hillary Delusions: Must Be Hard to Not Be President When You 'Really Won' 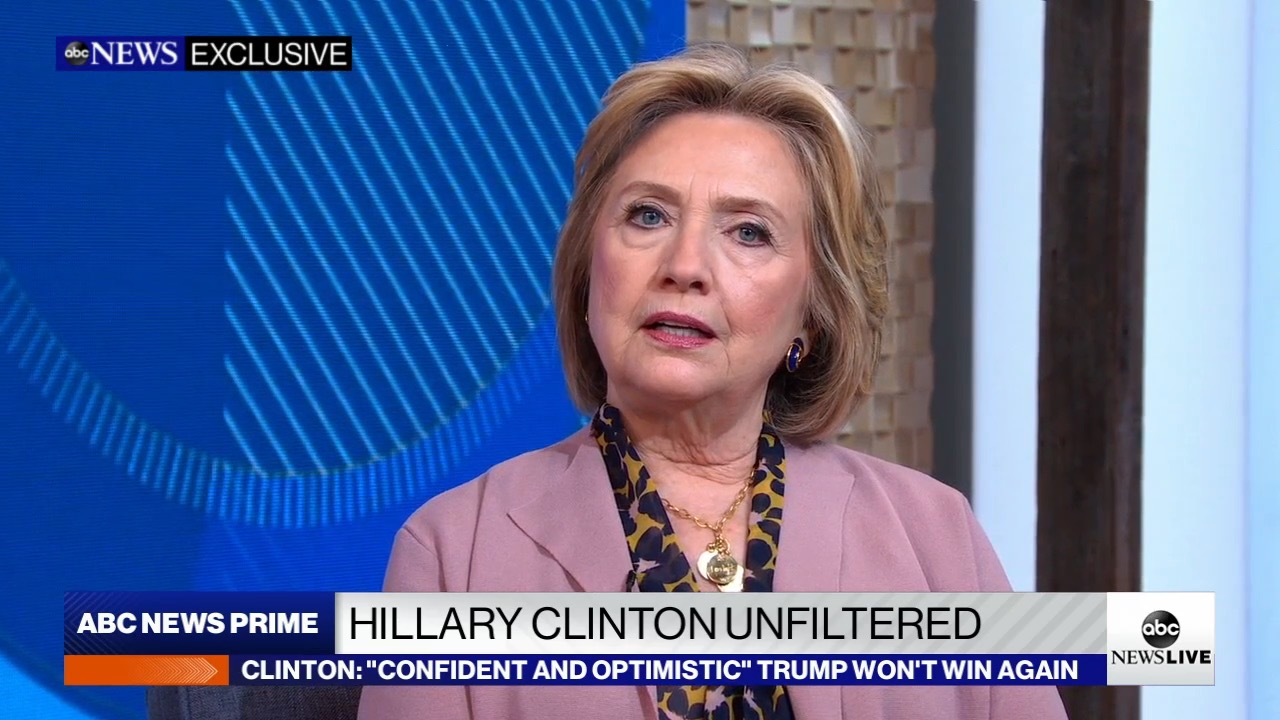 If you thought yesterday morning’s interview with Hillary Clinton on Good Morning America was bad, the network continued its nauseatingly affectionate treatment of Clinton in an extended interview shown on ABC’s streaming channel, ABC Live, Tuesday evening. Correspondent Linsey Davis offered unfettered praise for Clinton in this version, even shamelessly affirming the failed 2016 candidate’s delusions that she actually won the election.

During the network’s primetime Super Tuesday coverage on ABC Live, they took a brief break to continue their exclusive interview with Clinton. Throughout the interview, Davis kept slobbering over Clinton’s credentials:

“We sat down with the first woman to ever be nominated by a major party for president and asked her about life after her loss to Donald Trump and her thoughts on the candidates vying to replace him in Washington,” the reporter began, before boasting Clinton was now “unfiltered” and an inspiration to female political candidates, everywhere:

“No longer a politician and no longer mincing any words. You talked about a silver lining in losing the election being that it spurred this wave of women to run for office. Does that offer you some solace?” Davis asked, while a network chyron read, “Hillary Clinton, Unfiltered.”

At another point, Davis oohed and aahed over Clinton starting a new podcast:

The activist turned lawyer and law professor/first lady of Arkansas, then senator, later secretary of state, ultimately democratic nominee for president of the United States is now ready to add another title...Tell us about that. And also is it true that Howard Stern had something to do with inspiring you to have your own show?

But the most nauseating part of the interview was when Davis invited Clinton to comment on the 2016 election. Not only did she prod her to bash Trump, she also affectionately indulged Clinton’s wacky delusions that she actually won the election:

Back in September, you were asked about the possibility of four more years of Trump. You responded saying, "I don't accept that, I don't believe that will happen again. I believe there were many things that happened in my election that will not happen again." Are you still just as confident at this point today that President Trump won't win again?

When you look back, would it have been more easy to handle losing outright than to have really won, but still lost?

Of course Clinton loved this question as it gave her more time to complain about how she was a victim of election meddling and that antiquated electoral college. It also gave her room to hypocritically attack Trump as a “corrupt self-aggrandizer” who was also “destroying our government.”

Beyond the questions about Sanders already aired on GMA, Davis also kept asking Clinton to give advice to Democrat candidates, despite having lost in 2008 and 2016:

What advice would you give to a challenger now? Something that you perhaps learned that they might be able to benefit from?

Several candidates have reportedly gone to you for advice. Without naming names, can you give a sense of advice you've given?