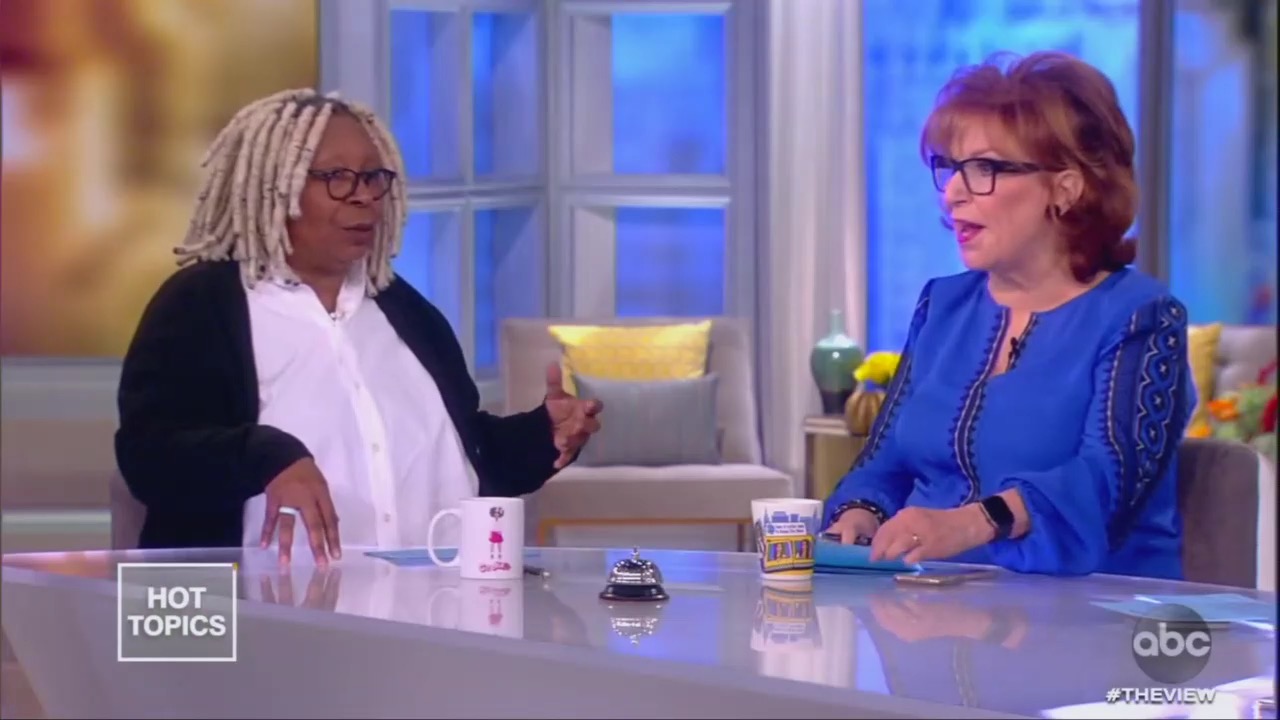 The hosts of The View continued campaigning for Joe Biden on Tuesday’s show, while worrying that a candidate like Bernie Sanders becoming the nominee could sink the Democrats’ chances of winning back the White House. Co-host Whoopi Goldberg grumbled that she wanted the swamp and bureaucratic institutions “back” in Washington, and her fellow co-host Joy Behar went apocalyptic, claiming that Americans didn’t have “clean air or water” with President Trump in office.

It began with Behar panicking about the “dire situation” Americans faced with Trump “taking away their rights and health care”:

That line was met with applause, as Meghan McCain and Sunny Hostin started hyping Biden’s chances of appealing to never Trump Republicans and independent voters.

Whoopi, meanwhile worried that the country was “burning to the ground” with Trump and she wanted Biden to “have his moment” and put “back” “diplomats doing the diplomacy” and government agencies like the Environmental Protection Agency:

I do want it to be his [Biden’s] moment because what I want back, what I'm anticipating getting back, is diplomats going out and doing the diplomacy. Yeah, you know, I want the EPA back. I want the CDC back. I want people back in place where they're supposed to be. Now there's a lot of things you can change in this country, and we will, but I don't need to try to figure out what you're talking about while this is still burning to the ground.

Whoopi continued raving about how much she "needed" the EPA:

This prompted Joy Behar to add her own hyperbole that Trump was making the US into a third world country:

“[Things we need] Like oxygen, air. And clean water!” she gushed to audience applause.

Behar has spread her bizarre doomsday predictions on the show before. Last September, she warned Democrats that Republicans wanted to kill their children.

But Whoopi wasn’t done writing love notes to the EPA. She lamented the “chaos” in Washington, saying she didn’t need Bernie to bring more chaos. The View host gushed how she wanted to be able to believe in an administration and government agencies again: