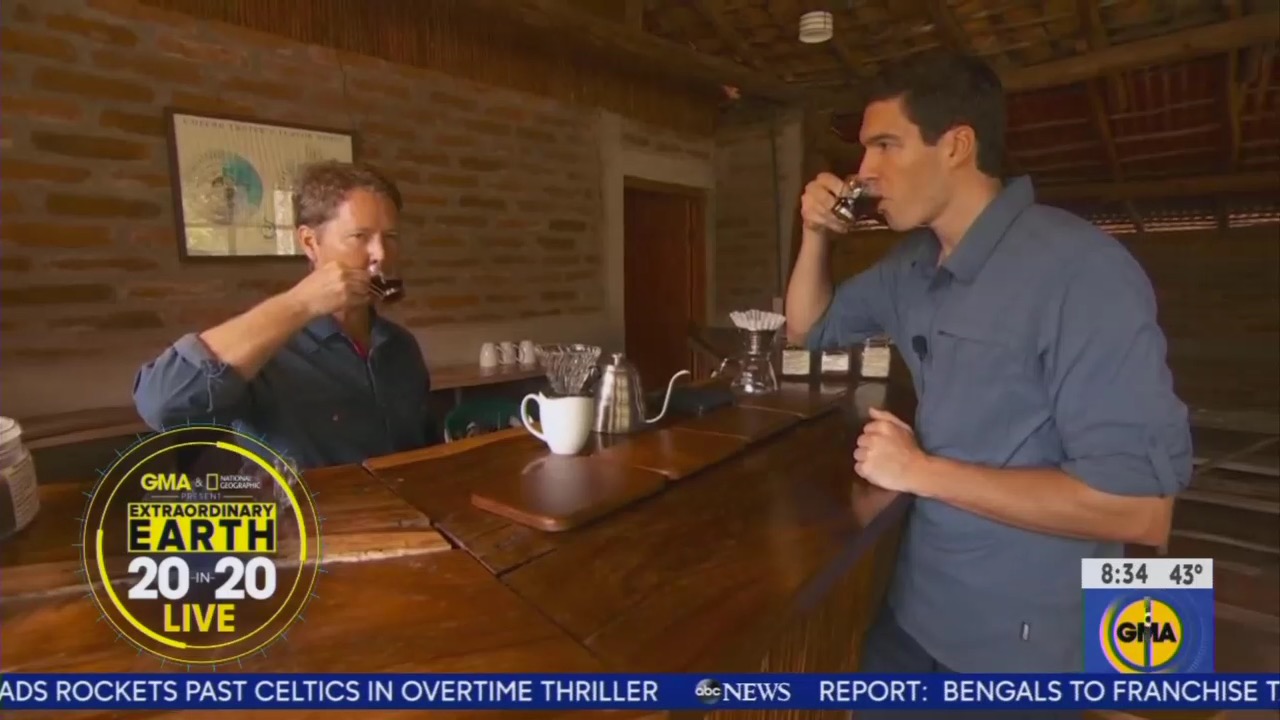 While some may suggest the media use the start of Lent to do specials on Easter and Jesus Christ, ABC News has decided to devote this season to a series on worshipping Mother Nature, instead. ABC’s morning news program Good Morning America has spent the last few weeks doing a joint-project series with National Geographic on climate change, leading up to Earth Day, sending their reporters around the world to lecture Americans on how they’re causing our beautiful planet to suffer.

A few weeks ago, GMA sent meteorologist Ginger Zee to Africa to scold the U.S. for having the highest “historic record” of carbon emissions and praise certain African countries for banning plastic bags. On another show, they shamed people who wash their cars at home, saying you should be using water-efficient, expensive professional car washes instead. Well, on today’s show, Good Morning America correspondent Will Reeve traveled to Nicaragua to blame man-made climate change for the dwindling sea turtle population, before making it more personal to the American consumer: Your morning cup of coffee may be the next victim.

Anchor George Stephanopoulos teased the upcoming coffee scare segment several times throughout the show, finally handing it off to correspondent T.J. Holmes with, “Now we're going to see how the changing climate can affect your morning cup of coffee.”

It was then Reeve’s turn to fearmonger about coffee becoming a scarce commodity. Reporting from a coffee farm in the country called Gaia Estates, he spoke to the owner who claimed that longer dry seasons were affecting coffee production:

“Increasingly inhospitable conditions are making it harder and harder to grow the popular Arabica bean,” Reeve noted, while dramatic music played in the background.

He added that “Scientists call this climate whiplash,” where there are longer dry seasons and shorter, heavier seasons of rain.

Speaking with the coffee bean farmer, the ABC journalist despaired there was only so much farmers could do to combat this problem:

As the planet heats up, coffee beans need to be planted at higher altitudes. But, there’s only so much land that you could potentially move to to get to that necessary elevation...But adding shade trees can’t completely fix the coffee problem.

The pair ended the report noting that more farmers would be leaving Nicaragua due to the conditions. Reeve warned Americans that their morning coffee routine would soon become an expensive and less enjoyable habit:

"And coffee consumers will also feel the impact. Prices reportedly already increasing from 93 cents to $1.16 per pound. Experts say prices will continue to go up, quality will go down, and premium beans will be harder to harvest," Reeve touted.