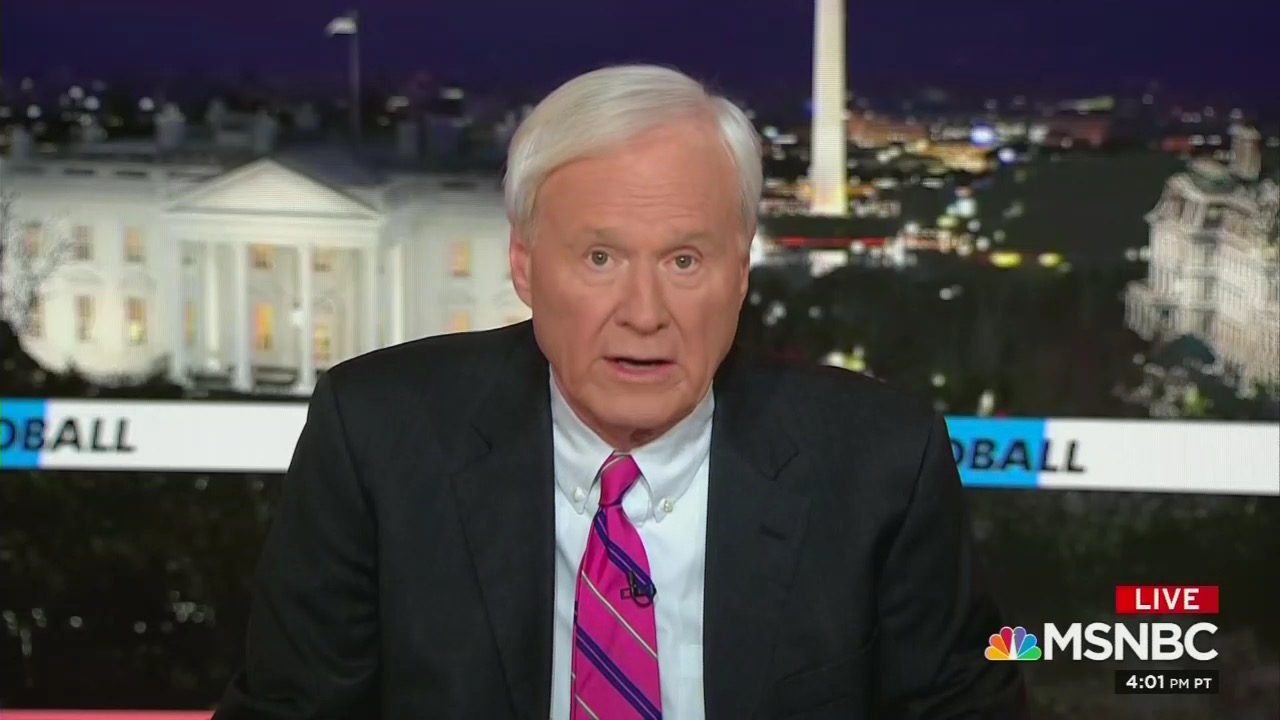 MSNBC’s Chris Matthews offered a mea culpa to 2020 Democrat candidate Bernie Sanders Monday night, after comparing his win in Nevada to the Nazis taking France in World War II. But the Hardball host did not feel the need to apologize to President Trump, or his family, for comparing them to Mussolini, Hitler, Sadam Hussein, or a whole host of other despicable dictators.

The uproar began this past weekend, after Matthews proclaimed Sanders victory was like when the French Prime Minister called Winston Churchill to inform him that France had fallen to Nazi Germany.

MATTHEWS: I was reading last night about the fall of France in the Summer of 1940. And the [sic] general Reynaud calls up Churchill and says, ‘It's over.’ Churchill says, ‘How can it be over? You’ve got the greatest army in Europe. How can it be over?’ He said, ‘It’s over.’ So I had that suppressed feeling...

Matthews received a lot of flack from the left for saying this, so he started his show Monday night begging Bernie for forgiveness:

Before getting into tonight's news, I want to say something quite important and personal. As I watched the one-sided results of Saturday’s democratic caucus in Nevada, I reached for a historical analogy and used a bad one. I was wrong to refer to an event from the last days or the actually first days of World War II. Senator Sanders, I'm sorry for comparing anything from that tragic era in which so many suffered, especially the Jewish people to electoral result in which you were a well deserved winner. This is going to be a hard fought heated campaign of ideas. In the days and weeks and months ahead I will strive to do a better job myself of elevating the political discussion. Congratulations by the way to you Sen. Sanders and your supporters on a tremendous win, down in Nevada.

However, Matthews has said comparable, arguably worse things about Donald Trump and his family, not just once, but repeatedly, which he has never apologized for. Here’s just a few examples:

Last August, Matthews compared President Trump to the ‘Butcher of Uganda’ Idi Amin, Julius Caesar, and Benito Mussolini, and that was all in just one show! In April 2017, the MSNBC host also compared Trump to Hitler, but of course he’s not the only one in the media to do that.

Matthews has also repeatedly gone after the Trump family. In March and April of 2017, he claimed Ivanka and son-in-law Jared Kushner were like Saddam Hussein’s murderous sons working for their dictator father.

In the Spring of 2017, he admitted on-air that he hoped that the Trump family would be assassinated like the Romanovs. He made that comparison at least half a dozen times.

In June of 2017, Matthews “joked” that he hoped “Mussolini” Trump would kill off Kushner.

Of course, no one in the media batted an eyelash at Matthews equating Trump or his family to murderous dictators or hoping they get killed off by communists or each other.