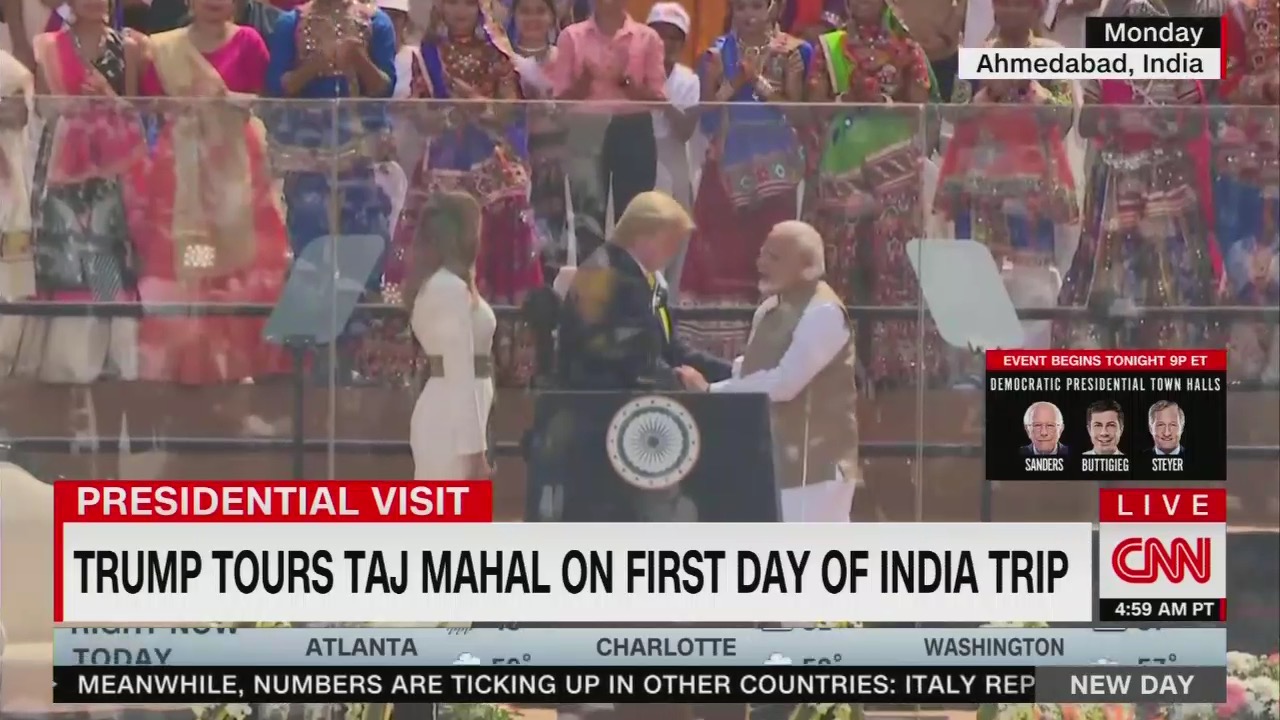 If there was just one article that encapsulated how CNN’s obsession with attacking President Trump borders on parody, this might be it. The news network was mocked on Twitter over this hard-hitting article bashing Trump... for eating cheeseburgers. The Pulitzer Prize-worthy headline read, 'I have never seen him eat a vegetable:' Trump braces for a beef-free menu in India.”It took three CNN reporters--- Kaitlan Collins, Kevin Liptak and Vivian Salama, to churn out this one.

As you would expect from the ridiculous headline, the enlightened liberal journalists spent the majority of the article, scolding Trump for his Western, meat-filled diet, while he visits India this week. The article was even proudly featured on the front page of CNN.com:

When President Donald Trump travels abroad -- be it to Saudi Arabia or Singapore -- his hosts usually try make him feel at home with his favorite meal: steak with miniature bottles of ketchup on the side. But what's a beef-lover to do in India?

The President, whose diet is often a rotation of steaks, burgers and meatloaf, faces a potential shock as he prepares to travel to three Indian cities this week. His trip includes stops in Gujarat state, Agra and Delhi, where Hindus are the majority and cows are revered as sacred. In some neighborhoods, meat eating is so taboo that it's not done in public.

The gossipy report continued, as the reporters gleefully noted that President Trump might have to *gasp* eat vegetables, something that CNN’s all-knowing, anonymous sources say, the man has rarely done in his 73 years on this earth:

But [Prime Minister of India] Modi is a devoted vegetarian and plans to serve vegetarian food to the President, according to people familiar with the planning.

People familiar with the trip's planning cautioned that menus would likely only be finalized at the last minute. And Trump's aides have been known to intervene to ensure Trump's tastes are catered to when he's on the road (he once had steak twice in a day while abroad.)

A person close to the President who has dined with him on several occasions said Trump has salad with a meal every now and then -- but other than that, "I have never seen him eat a vegetable."

Is lettuce not a vegetable?

The reporters continued relying on unnamed sources for their tabloid-like report on Trump’s diet. They touted snide remarks, such as this one, from a "former official": "I don't know what he's going to do in this case. They don't serve cheeseburgers." CNN helpfully notes that even McDonald's, "one of the President's favorites," doesn't serve burgers either.

That wasn’t the last beef CNN had with read meat. While talking about foreign policy and India’s relationship with the United States, the oddly-obsessed reporters punctuated the article with unrelated comments on Trump’s taste preferences.

While calling Trump a “reluctant traveler” compared to Obama, they bring up how Trump doesn’t like “whole fishes with the heads still on” and “too spicy” food. The elitist reporters ended their article harping on Trump for staying awake on Air Force One and preferring to sleep in his own bed.

Wow, how shocking and completely unrelatable.

Of course, conservatives on Twitter had a field day with this article.

As NewsBusters has noted before, the media loved it when President Obama ate cheeseburgers, but now mercilessly mock President Trump as an overweight oaf for enjoying the same food as his predecessor.