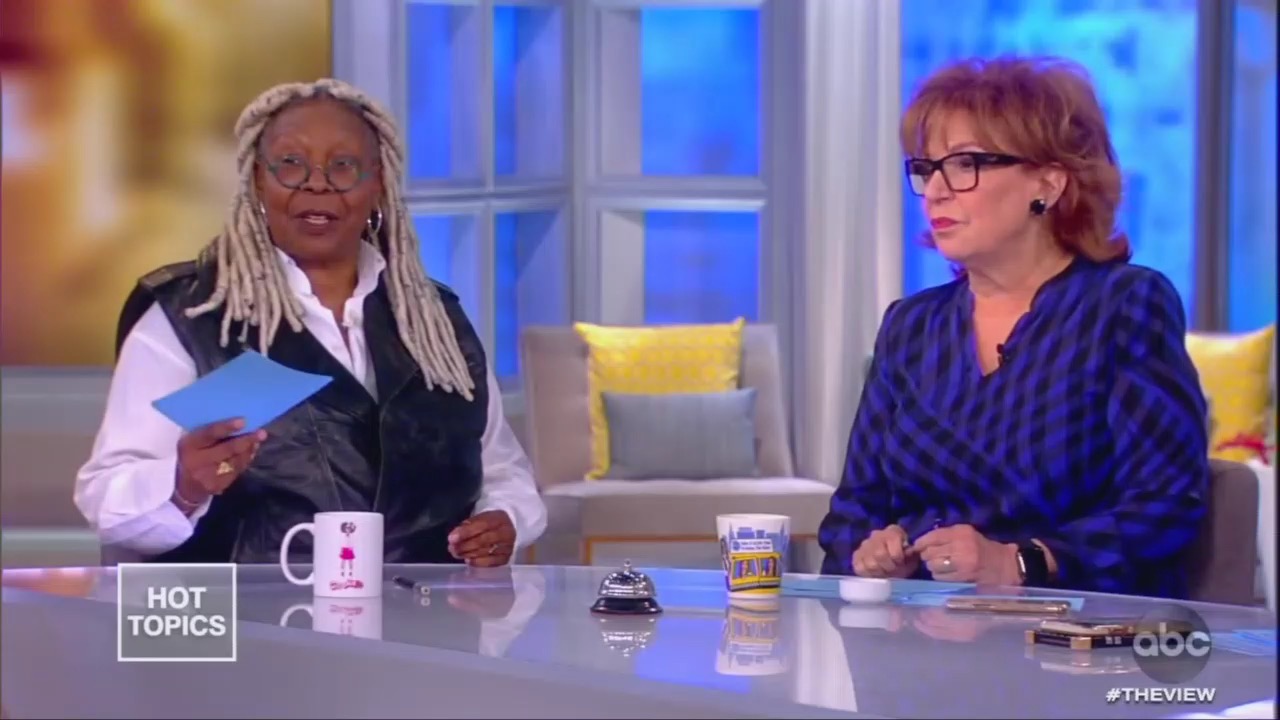 There was a lot of blame being thrown around Tuesday for the chaotic Democrat caucuses in Iowa, however, one common theme emerged on ABC: Could it be because there’s too many white people? On Good Morning America anchor George Stephanopoulos blasted the state as “unrepresentative, 92% white” to his Democrat progressive guests, and that theme continued on ABC later on The View. Co-hosts Sunny Hostin and Joy Behar complained that Iowa’s whiteness was a problem for Democrats while Whoopi Goldberg brought up Stacey Abrams as an example of someone who was the victim of a racist election.

After the hosts bristled at the turn of events, co-host Sunny Hostin argued that Iowa was too white and had a problem with black people voting:

Iowa just isn't representative of the democratic tent and that's the problem that I have had, you know, if you look at the population, it's about 90.7% white, and just 4% of Iowa's population is black, but the problem also that I have and bear with me, blacks make up 26% of the state's prison population, and there was a study by the Sentencing Project that ranked Iowa third worst in the nation for its 1 in 17 incarceration rate of black males and on top of it, Iowa is the only state in our union for a lifetime voting ban for people with a felony conviction. Which means the 4% of black people in Iowa, thousands of black Iowa residents who served time, were barred from even caucuses. It seems to me if the democratic nominee can't win without the 30, you know, in 30 years a democratic nominee without black support can't win, why the heck are we as Democrats and people in Iowa? It just doesn't make any kind of sense.

Behar also bashed Iowa as a "white, red state" that Democrats should avoid. "It's a Democratic party. Why don't they go to a blue state and do it?" she asked. When Meghan McCain brought up New Hampshire, Behar griped, “another white, Republican state," even though both states are considered swing states.

In the end, every host agreed that it was a disaster for Democrats that should be avoided in the future.

That’s when Whoopi brought up failed gubernatorial candidate Stacey Abrams into the discussion, suggesting she was a victim of racist election fraud:

Who knows what’s going to happen. But we know what has to change, okay? Stuff needs to change because it's not -- it's not working the way that it should, and after everything we saw with Stacey Abrams, we should be really careful about how we do all of this.

Behar ended the segment ranting about Donald Trump’s sons because the idea of getting though a segment on Democrats without attacking Trump was just too much to bear.

She sneered, “I heard that the Trump Jr. and his brother were saying that this is -- you have to watch the Democrats in November because they'll be cheating. I mean, come on. Look in the mirror you two, two cretins! Give me a break. The Menendez brothers had more brains!” she snarked as they cut to commercial.