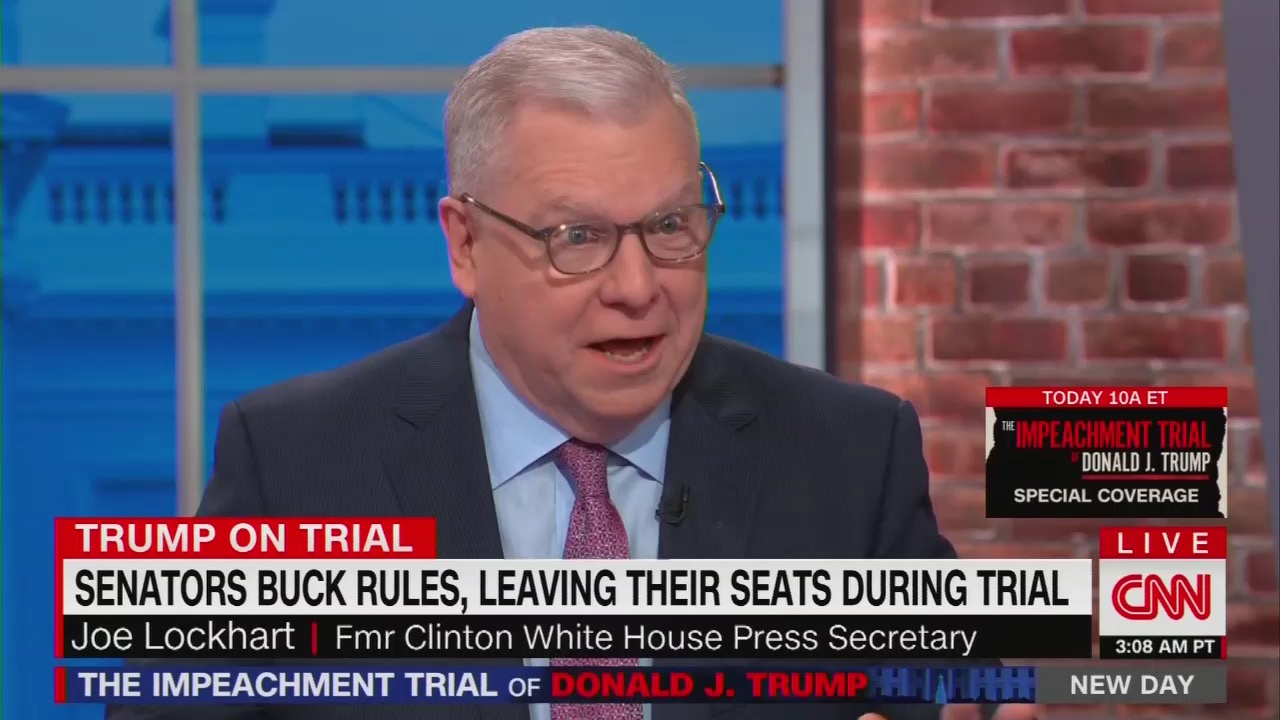 It’s hard to keep track of all the fake news, these days. It seems covering for Democrats lying isn’t good enough for CNN anymore; now, their analysts are helping the Democrats’ impeachment effort by fabricating stories themselves. Case in point? Wednesday, CNN analyst Joe Lockhart tweeted an appalling conversation he overheard between two Republican Senators during that day’s impeachment trial, only to admit later that he had made the whole thing up.

Overheard convo between two Republican Senators who only watch Fox News. "is this stuff real? I haven't heard any of this before. I thought it was all about a server. If half the stuff Schiff is saying is true, we're up shit's creek. Hope the White House has exculpatory evidence 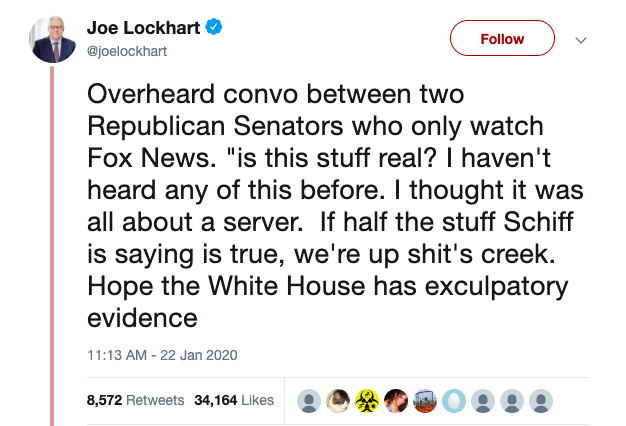 That tweet racked up over 8,000 retweets and 34,000 likes, as of Thursday morning. Journalists like Jennifer Rubin from the Washington Post retweeted it as if it were real. Of course, it was fake news. Lockhart waited about 10 minutes before admitting he made it up. Can you guess how much attention the “correction” tweet received? Just a fraction of the same engagement.

It remains to be seen whether Lockhart will be censured by the upstanding network that employs him, but don’t hold your breath. Lockhart was on CNN’s New Day Thursday morning after his tweets blew up, and was not asked about them once. So much for #FactsFirst.

All this coming from the same network who prides itself in it’s fact-checking of the President and gets triggered by Christian satire sites like The Babylon Bee.

Lockhart himself didn’t seem too apologetic. Hours later, he patted himself on the back for “poking the bear” and attacked critics who called him out for his fake news: 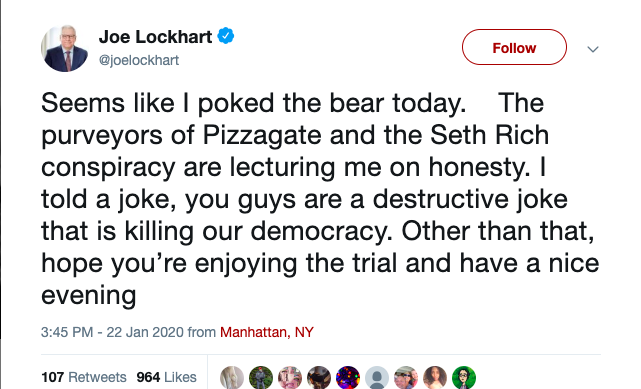