Yes, the Christian, right-of-center satirical site has long been a scourge of the liberal media and their horrendously bad “fact-checking” sites like Politifact and Snopes. It began with this since-ratioed assertion that, gosh darn it, people on the right are too dumb to know what is/isn’t news or satire: 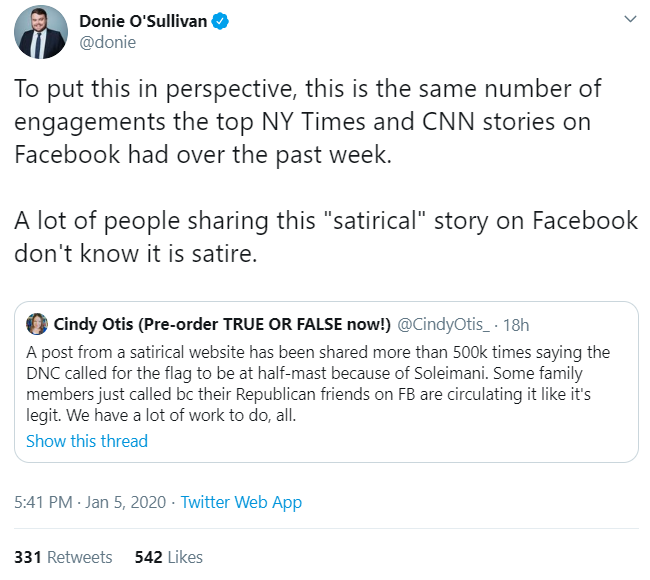 Moments later, he lectured Babylon Bee about how they should run their website: “Having a disclaimer buried somewhere on your site that says it’s ‘satire’ seems like a good way to get around a lot of the changes Facebook has made to reduce the spread of clickbait and misinformation.”

As Ethics & Public Policy Center fellow Pascal-Emmanuel Gobry tweeted, the ongoing liberal media meltdowns over such sites may seem ridiculous and it’s fun to mock their inability to laugh.

But this full-court press (by outlets like CNN) is actually “dead serious” and has stemmed from their growing hatred for social media platforms having ended establishment media’s stranglehold on what the public can and can’t know and what they should think about the news of the day.

“[A]ll the hyperventilating about ‘fake news’ has nothing to do with truth and everything with control over the flow of information,” Gorby stated.

New York Magazine columnist Josh Barro disagreed, but he too was correct with this point, which was that “the Bee's critics think conservative readers are too dumb to be trusted with satire while liberal readers are smart enough to know what satire is.”

Washington Examiner’s T. Becket Adams continued that thought, conjuring up how it’s “fall-down-funny watching people get their knickers in a twist now over a single conservative satirical website” after “15+ years of beloved and acclaimed Jon Stewart-style ‘news’ shows.”

And Adams added that instead of being upset about that, the liberal media worshipped Stewart and even built a shrine of sorts to him at the failed and now-defunct Newseum.

Over at National Review, the indispensable David Harsanyi picked up on all those arguments here. Our friend John Sexton at Hot Air also had a field day and pulled together just a snapshot of Babylon Bee’s greatest hits. Check that one out here.

O’Sullivan paused overnight and picked up the ball Monday morning, continuing to score what could only be described as own goals: 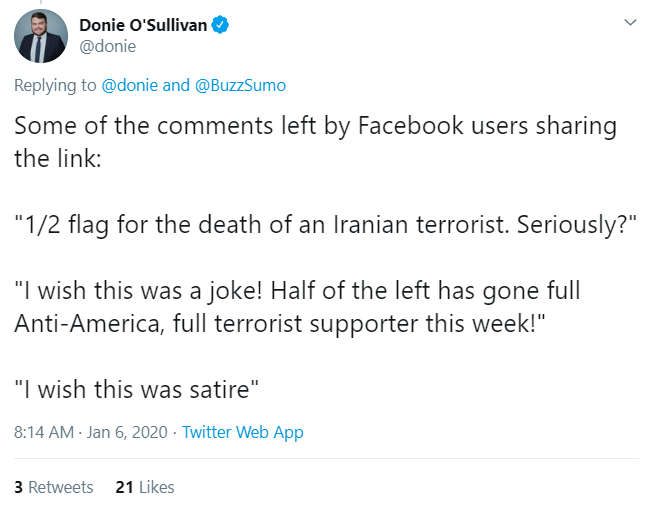 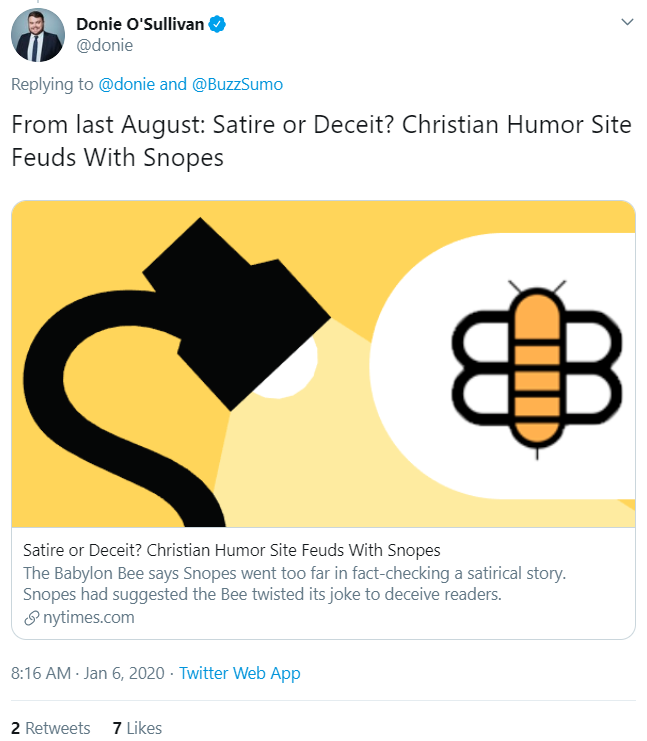 So instead of taking the L and moving on, O’Sullivan has only further beclowned himself. But since Jeffrey Zucker’s his boss, such nonsense will probably be rewarded.