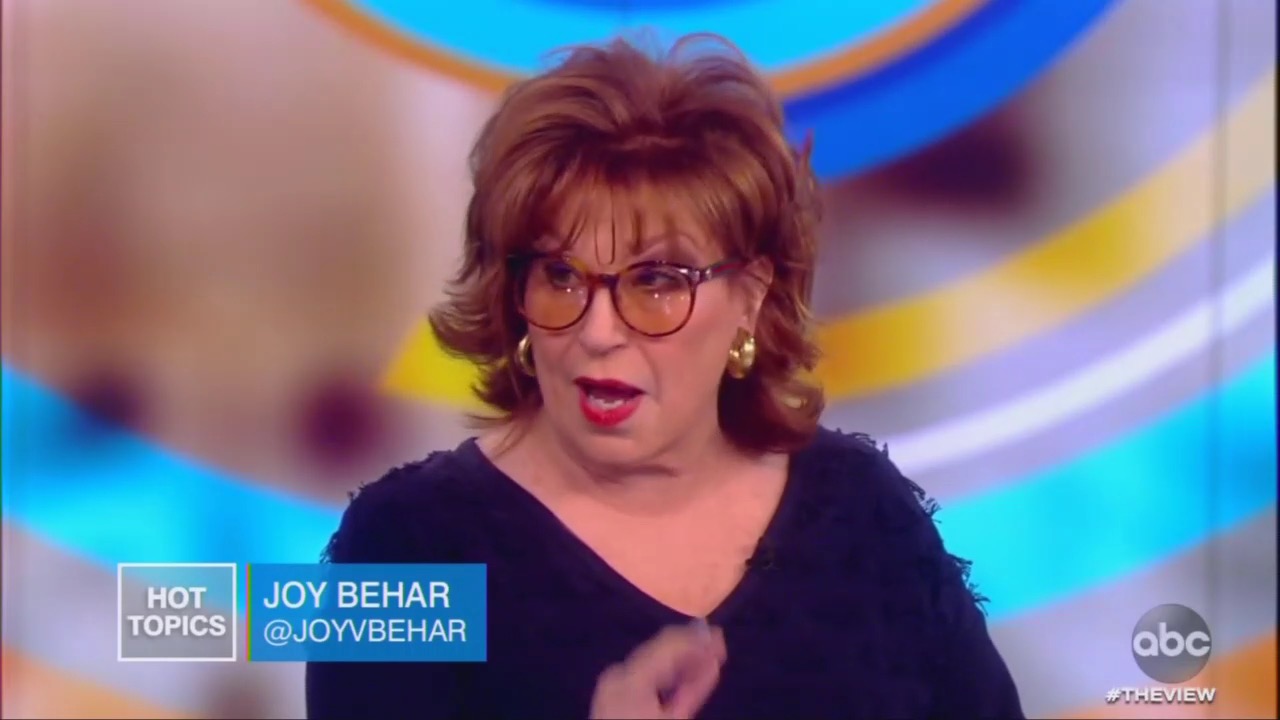 While during the Clinton impeachment trial, the media was adamant that no additional witnesses were needed, they have completely flipped on that position, now that a Republican president is being impeached. Monday, as the Senate trial to impeach President Trump began, the hosts of The View took that same tactic, bashing Republicans for not doing what Democrats want, or as they put it, “the will of the people.” Co-host Joy Behar even speculated that Republicans supporting Trump and his own impeachment lawyers were hiding something “gross” from the public.

“69% of Americans want to see new witnesses, and want to see documents, but that doesn't seem to impact, you know, Moscow Mitch at all because you know what? Because I'm curious, what is he hiding? You know everyone who's defending Trump seems to be hiding something, you know?” Joy Behar ranted.

“He has something on them!” fellow co-host Sunny Hostin said before chuckling. A fired up Behar then suggested Trump's lawyers were covering up something "gross" about the President because they had previously defended convicted sex offender Jeffrey Epstein:

"You notice that? His two lawyers, Dershowitz and Ken Starr, I don't know what they're hiding. They did defend Epstein. I'll just say that. They defended Epstein. I'm not saying they were involved with Epstein, but it seems like there's something very gross about all these people that they have something to hide," she claimed.

After co-host Meghan McCain pointed out that President Clinton had a relationship with Epstein as well, Behar dismissed that point as not relevant because he wasn’t the one getting impeached “right now.”

The hosts then claimed Democrats were doing the “will of the people” by demanding more witnesses but Republicans just wanted to obstruct.

“Why aren't they representing the will of the majority of Americans?” co-host Sunny Hostin demanded, adding, “That's the first step, right? We vote them into office. They work for us!”

A distraught Behar rallied the show’s liberal viewers to call the Republican “moderates” in the Senate and tell them to side with Democrats. However, McCain pointed out how public support for removing Trump from office hasn't changed and this was only going to hurt Democrats politically.

“I think it's more about the election than it is about the impeachment trial. I would focus on voting him out,” she suggested. But Behar and Hostin were adamant that Republicans were the ones who would be losing elections for supporting Trump.

BEHAR: I agree with that too, that we should vote him out, but how does this vindicate Trump when the American people see there is a coverup! That we haven’t seen the real trial! I don't see that Trump gets vindicated which is his greatest dream for us to say, ‘you're okay, baby.’ [eye roll]

HOSTIN: [I]f the Republicans follow this course, and if they are, you know, so averse to the will of the American people, I think that ultimately it will affect the Republicans because when you go to the ballot box, are you going to vote for that Senator that did not do your will? Are you going to put that person back in office? I don't think so. [ Applause ]