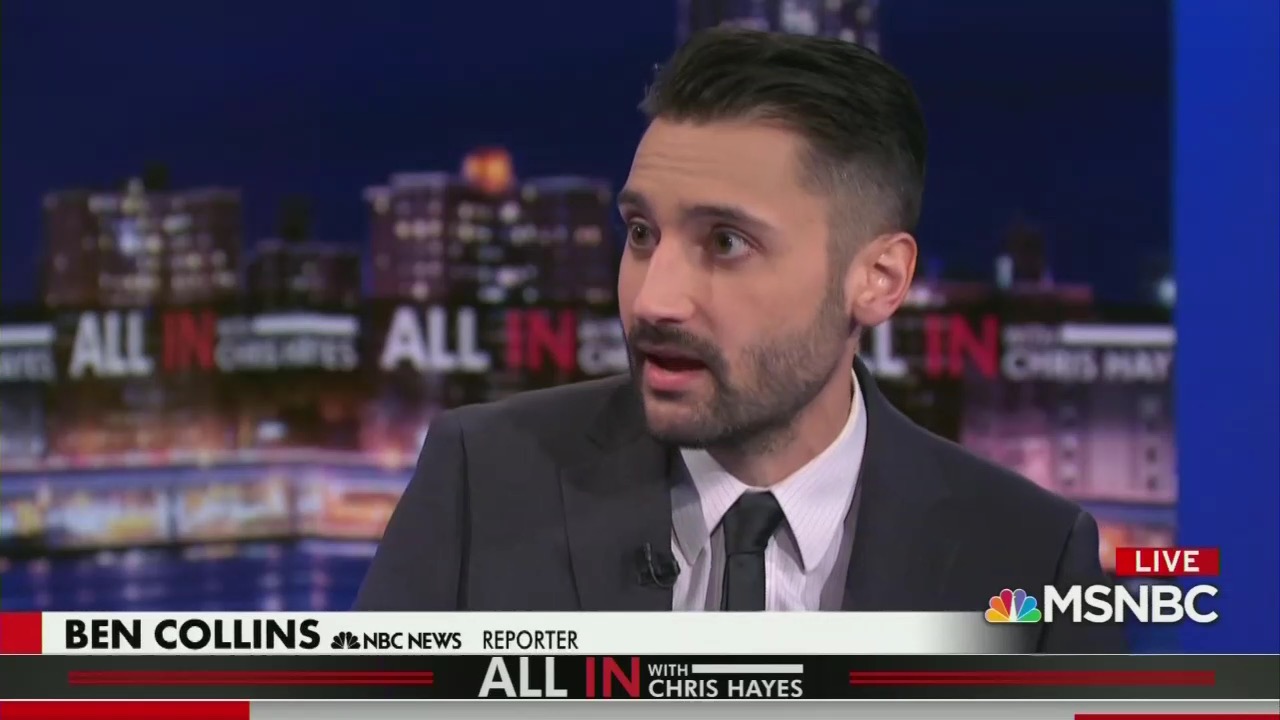 Reporters covering tomorrow's white nationalist rally in Virginia, I'm absolutely begging you: Verify information before you send it out tomorrow, even if it's a very sensational rumor you heard from a cop. Don't become a hero in neo-Nazi propaganda circles with made-up stuff. 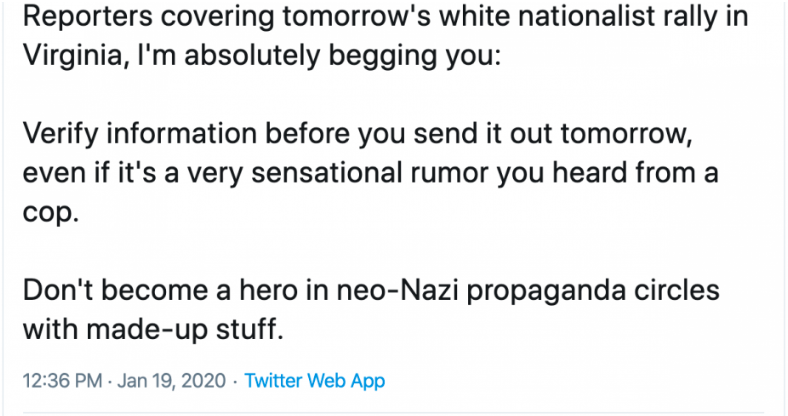 Considering it was a gun rights rally attended by thousands of people from all races, and not a fringe neo-Nazi rally, maybe he should’ve taken his own advice. After backlash, Collins deleted the inflammatory tweet. Instead of apologizing for smearing peaceful advocates of the Second Amendment as “white nationalists” and “neo-Nazis,” Collins offered up this pitiful explanation:

Hi everybody! I’m deleting a tweet so I can be super clear about tomorrow’s rally in Virginia.

The Lobby Day protest is and has traditionally been a gun rights rally, but white nationalists, including militant group The Base, have been planning violent action at the event.

Collins wasn’t alone in his fear mongering. Monday, the networks spent their morning reports hoping that the event would “turn violent” and become “another Charlottesville.” MSNBC’s Craig Melvin adopted Collins’ same tactic, unfairly and falsely saying that the large crowd was filled with “white nationalists and armed militias.”

Despite the media's smear campaign, the rally finished peacefully Monday afternoon without any incidents or violence.