CNN reporter Manu Raju is receiving flowers and sympathy notes from his distraught colleagues after a Republican Senator gave him a snarky response to a question he asked on impeachment. Thursday on Capitol Hill, Senator Martha McSally of Arizona was approached by the CNN reporter and asked if “new evidence” would be allowed into the Senate trial on President Trump’s impeachment. McSally kept walking past Raju and responded, “Manu, you’re a liberal hack. I’m not talking to you.” After he tried again, she repeated again, “You’re a liberal hack.”

CNN Newsroom highlighted the clip while Raju complained that McSally “lashed out” at him:

Raju’s pearl-clutching colleagues at CNN and other liberal outlets were quick to defend the reporter through tweets and statements on social media. 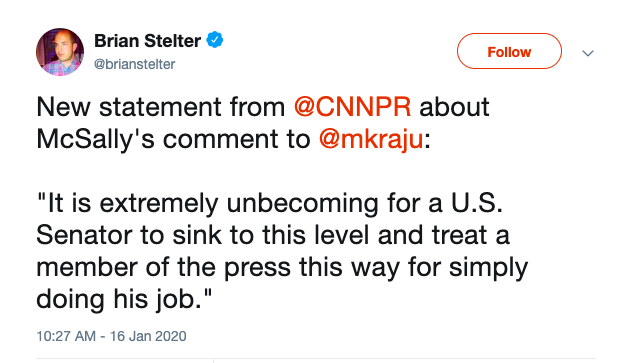 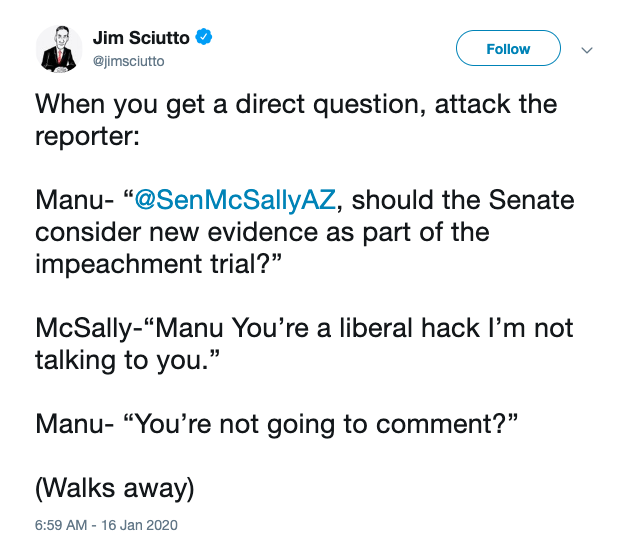 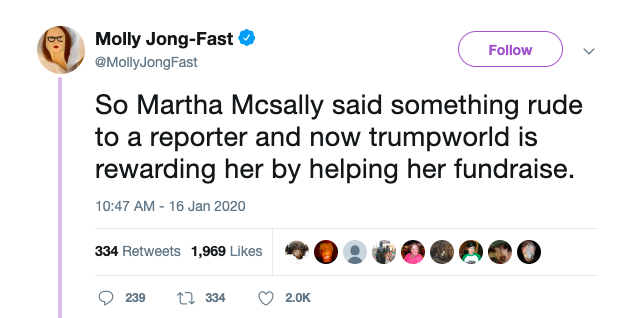 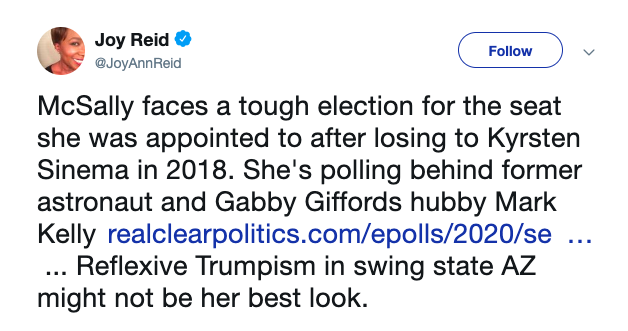 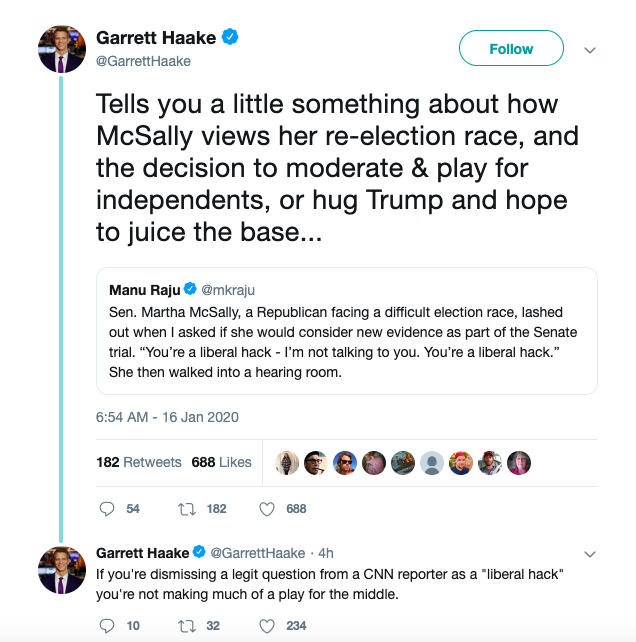 Did they suddenly forget how Nancy Pelosi dismissed Sinclair reporter James Rosen not once, but twice in recent months? In November she called him, "Mr. Republican talking points"  and in December she scolded him to "not mess with me." Many CNN and MSNBC journalists raved over that exchange.

While liberal journalists were outraged on Raju’s behalf, The Federalist’s Mollie Hemingway tweeted out several articles showing how Raju played a part in his network’s shoddy coverage on everything from Covington kids, to Kavanaugh to the Russia collusion conspiracy.

61 Hacks Who Peddled Collusion And Should Never Be Trusted Again https://t.co/PLDRfHCq1a

Here are a few more examples NewsBusters covered that show Raju acting like a liberal hack.