Whoopi, Behar Tell Schiff Ukrainian Plane Passengers 'Would Still Be Alive' If Not For Trump 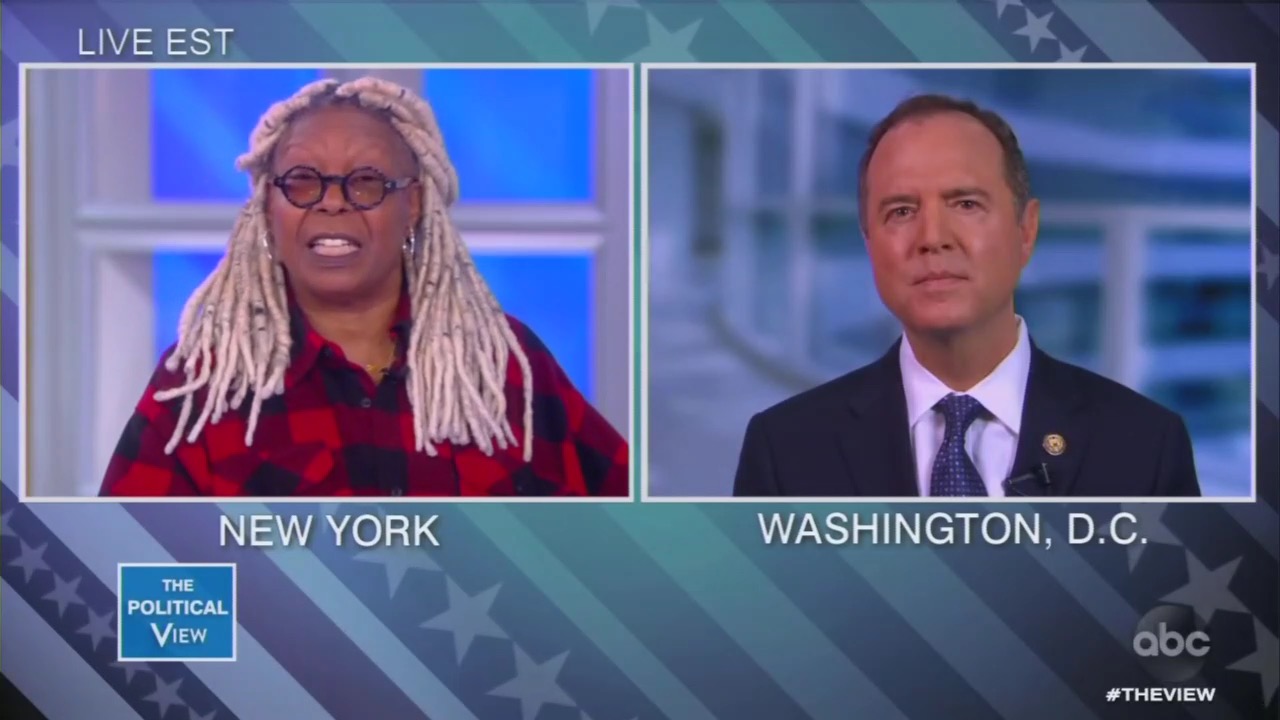 The View co-hosts Whoopi Goldberg and Joy Behar told Democrat Adam Schiff that President Trump was to blame for the deaths of 176 people onboard the plane which Iran admitted to shooting down last week. The co-hosts made the vile claim on Monday’s show during a Skype interview with the chairman of the House Intelligence Committee.

After Schiff bashed the choice to take out murderous terrorist Qasem Soleimani as not “justified by the intelligence,” he claimed the decision had increased the risk to our servicemen overseas. Co-host Whoopi Goldberg immediately tied in Iran shooting down a civilian plane with 176 people onboard, as Trump’s fault:

Just a little while later, Whoopi doubled down on that gross statement, interrupting her co-host to reiterate that Trump was to blame, not Iran:

JOY BEHAR [to Schiff]: He doesn't seem to have a grasp on foreign affairs as far as I can tell.

WHOOPI GOLDBERG: He knows enough to be touting the fact that he thinks he's done this amazing strike and that, you know, that he knows best. But again, that airplane full of people I think would contradict that, you know!

Unsurprisingly, Schiff did not correct or condemn the liberal co-hosts for spewing such nasty nonsense at either occasion.

The View hosts weren’t the only ones to say this. The New York Times, CNN, and the Associated Press did the same last week.