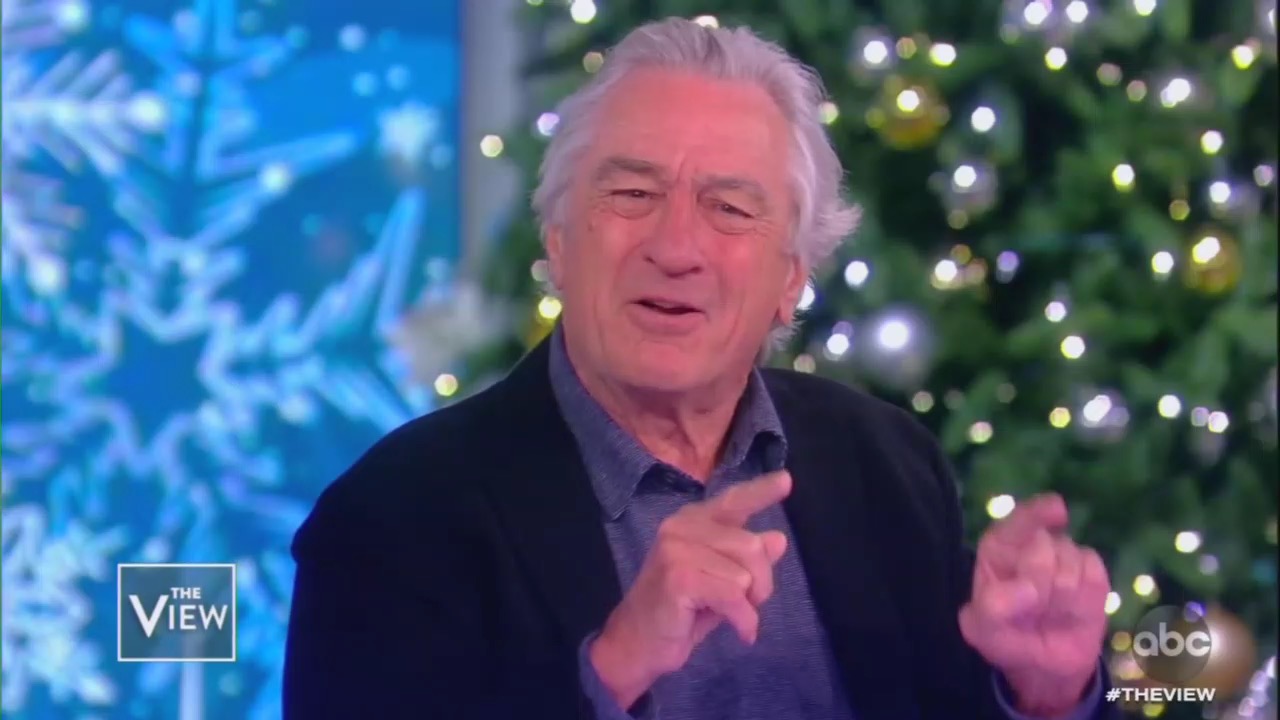 Ardently anti-Trump actor Robert De Niro felt right at home on The View set Monday, as the liberal co-hosts reveled in his hatred for the President. Even as he was there to promote his newest films, the hosts were more interested in hearing his bizarre takes on President Trump and his children.

After he agreed with the co-hosts that we “need” to impeach President Trump, Joy Behar invited De Niro to bash Trump as worse than any of the sleazy characters he’s played in movies, including someone who beat his wife:

BEHAR: You say that you would never play Trump because he has no redeeming qualities whatsoever. So wait. Just let me finish this because you have played some of the most really unredeemable characters. Travis Bickle -- Travis Bickle was a psychopathic taxi driver. In Jake LaMotta who used to beat his wife, in "Raging Bull.”. Is Trump worse than they are?

BEHAR: Why? Tell us?

De Niro went on to bash the President as selfish person who “pours salt” on the country’s wounds instead of bringing people together.

The actor went on a long-winded rant, saying Trump “projected” his guilt onto others, before asking Meghan McCain what she thought about his bitter relationship with the late John McCain.

McCain defended her father saying Trump was “deeply emasculated” by her father’s legacy and “can’t take it.”

Energized by the complaining, Behar kept pushing De Niro to continue. The actor wasn’t shy about admitting he would “disown” his children if they behaved like Trump’s children:

“If my kids did what they kids did, I wouldn't want to be related to them. I would disown them,” he stated. The co-hosts chimed in with agreement to De Niro’s bizarre admission.

De Niro went on to defend this statement, fretting that America would turn into a monarchy if Trump was elected again:

Right after this, the actor then called for Democrats to get minorities and young people out to vote him out of office.

Still, De Niro couldn’t get Trump off his mind. After the hosts spent some time talking about his film career and latest movies, the actor cut in to tout his latest favorite book, by the “anonymous” White House official who thrilled the liberal media with his/her unflattering expose of the Trump WH.

Whoopi hoped they'd make the book into a movie: “It's a must-read, and it might be a great movie to make," she gushed.