Colbert Can’t Get Enough Of Pelosi Scolding Reporter: She Took His ‘Balls’ Away! 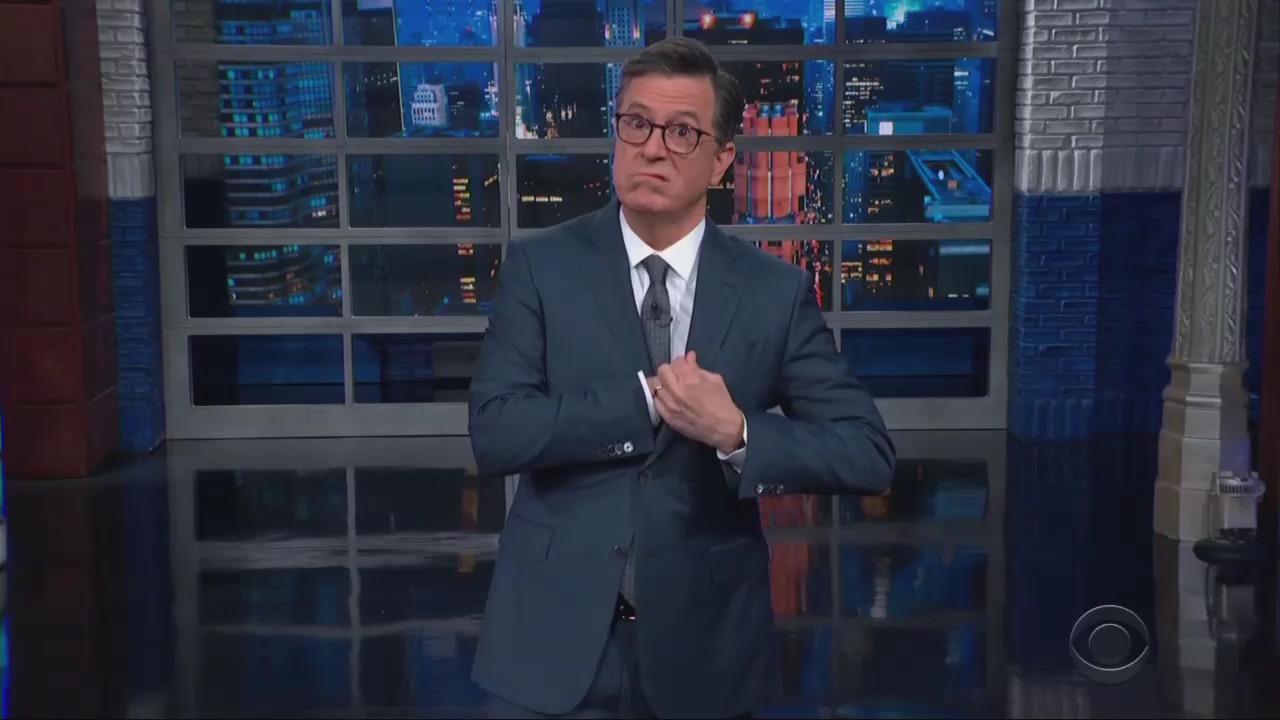 Late Show host Stephen Colbert joined the rest of the blatantly partisan media in cheering on Nancy Pelosi for scolding Sinclair News reporter James Rosen about her Catholic faith, Thursday. After paying tribute to the Democrat with a weird sing-a-long (which demanded President Trump call Pelosi his “boss”), Colbert wasn’t done fawning over the House Speaker. A self-proclaimed Catholic, he cheered on his idol zinging Rosen, all the while mocking Catholicism.

After spending some time cheering with his audience about Pelosi’s impeachment announcement, as if the left had just won the Super Bowl, Colbert played the video of Pelosi wagging her finger at Rosen, saying her faith wouldn’t allow her to “hate” President Trump.

Colbert, who trots out his faith when it’s convenient, cheered on the speaker: “Well said! We Catholics don't hate anyone! Okay? We are not allowed to,” he agreed.

From there, the host trashed his own faith to prove just how good a liberal he is.

“We don't hate anyone. That's why we waged 11 Crusades. To remind those people how much we love them. The Inquisition was just a tickle fight that got out of control,” he snarked to audience laughter.

Turning his attention back to Pelosi and Rosen, Colbert mocked the Sinclair reporter as a wimp who was emasculated by Pelosi: "Yes, yes! Nancy Pelosi prays for the president. And I pray for that reporter. "

The audience loudly cheered as Colbert walked off stage, pretending to be a scared Rosen “owned” by Pelosi.

Perhaps someone should inform his audience that Rosen was one of the conservative reporters who was spied on by the Obama administration. In the age where there is never enough outrage from the left over press freedom, Colbert sure doesn’t seem to care about that, if the journalist isn't beholden to the Democratic Party.